A man's guide to help improve mentoring women at work

Monster talked with the author of a new book that says male leaders need to cross the gender divide when it comes to growing talent. 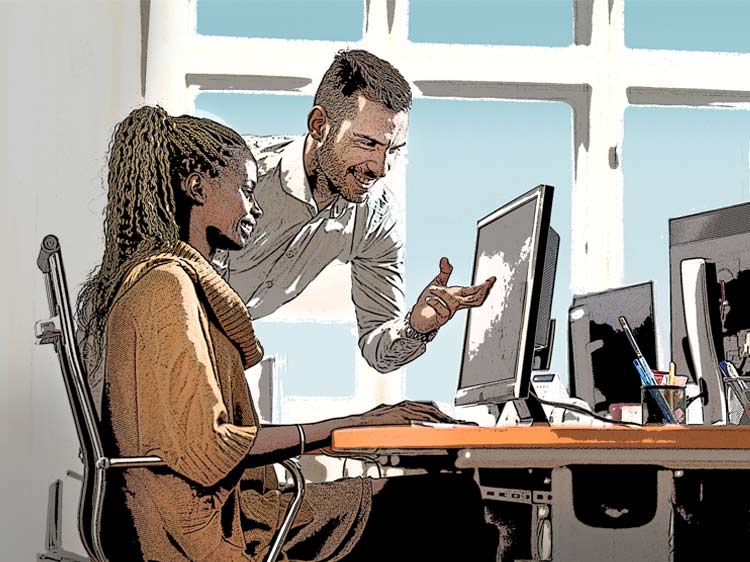 Only 4.6% of all CEOs in companies in the S&P 500 are female, according to a 2015 study by Catalyst, a not-profit research organization dedicated to bolstering diversity in the workplace.

One explanation, according to W. Brad Johnson, is that talented women usually don’t get the kind of individual career guidance and support that helps their male counterparts rise. A psychology professor at the U.S. Naval Academy who has spent more than two decades studying mentoring, Johnson is co-author of Athena Rising: How and Why Men Should Mentor Women, a down-to-earth handbook aimed at tackling, and dispelling, the anxiety that often makes men hesitate to take on a female mentee.

We recently talked with Johnson about his research and why everyone wins when more men mentor women.

Q.  Why should men mentor women? What’s in it for them?

A. Probably the biggest reason is all the research showing that more gender-inclusive leadership correlates directly with higher profits. Any organization that excludes 50% or more of its best talent from reaching upper management is doomed. It’s just not going to be competitive. And in many companies, there are so few women at the highest levels, if there are any at all, that it isn’t realistic to expect them to be able to mentor all the female employees who could benefit. So men really have to step into that gap, or talented women will keep getting left behind.

Q.  You say not enough men are mentoring women right now. Why do you think that is?

A.  Some do, of course. But others have an almost phobic reaction to the idea, a palpable anxiety about it. It can be simply fear of the unknown, or fear of getting it wrong and saying or doing something sexist or offensive, or worry that “people will start talking.”

There are also some men who didn’t have sisters or female friends growing up and they just don’t know how to have close relationships with women that aren’t sexual. And some men are afraid of what their wives or girlfriends will think—which really says more about those personal relationships than anything else, but it can be a very real concern.

Q.  Another pitfall you talk about in the book is some men’s habit of dealing with women by falling back on “manscripts”—that is, archetypal patterns of behavior like the protective father, the chivalrous knight, and so on—which can be counterproductive. How can male mentors avoid that?

A.  There are no easy fixes, because these scripts go way back, and they usually operate below someone’s conscious awareness.  So self-awareness is the first step. Ask a trusted colleague for feedback, or ask your mentee directly. At the Naval Academy, I mentor young people ages 18 to 22, including some women, and I know I have a tendency to start doing the father-daughter thing—being too protective, for instance. Sometimes I just come right out and say to them, “If I start doing that, let me know, and I’ll knock it off.”

Q. Let’s say I’m a woman looking for my next job. Is it OK to ask job interviewers about how mentoring works at the company?

A. Absolutely, and male job hunters should ask, too. I’d even ask about the results—for example, how many people have been promoted after having worked with a mentor.

If I were a woman, I’d ask to meet other women who have had mentors there, and how it worked out for them. Interviewers are likely to be impressed that you’re thinking about your career development long-term.

If not—especially if you ask about gender inclusiveness and whether mentoring cuts across gender lines—and you get shut down or dismissed, that tells you a lot about what your future in that organization would be like.