Mark Zuckerberg urges girls to be the nerd, not date the nerd

According to the Facebook CEO, your nerdiness has everything to do with your success in today’s world. 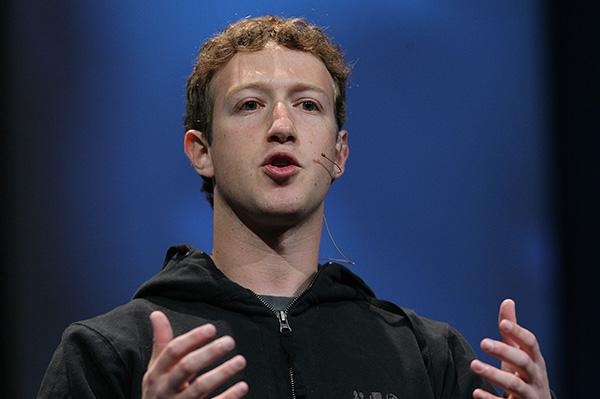 On Jan. 3, Facebook CEO Mark Zuckerberg announced his personal challenge for 2016 on Facebook: to build a simple AI to run his home and help him with his work.

In response, Darlene Hackemer Loretto commented, “I keep telling my granddaughters to date the nerd in school, he may turn out to be a Mark Zuckerberg!”

To which the Facebook CEO responded, “Even better would be to encourage them to *be* the nerd in their school so they can be the next successful inventor!” His feminist advice got over 30,000 likes, went viral, and earned him praise from major news sources.

Those are powerful words from America’s nerd-in-chief. Obviously geekery has worked for Zuckerberg, a Harvard-dropout who had a Star Wars-themed Bar Mitzvah. But it’s also a rallying cry that he ought to be getting behind after coming under fire for demonstrable gender imbalance among Facebook’s employees.

Nearly 7 out of 10 employees at Facebook are men, with women in less than a quarter of leadership positions, according to a 2015 diversity report. Between 2014 and 2015, meanwhile, the number of female employees employed by Facebook worldwide increased by only 1%.

Nevertheless, it’s a problem the company is actively trying to correct. In 2015, Maxine Williams, Facebook’s head of diversity, told WIRED that the company was targeting Facebook ads for computer science programs to young women, as well as running a training program for college freshman from underrepresented groups in tech called Facebook University.

Zuckerberg ought to continue putting his money (and his hiring power) where his mouth is. Nerds, whether male or female, tend to excel in the workplace. Whether it’s Neil deGrasse Tyson, Tina Fey, or Steve Jobs, nerds often wear their geekiness as a brand, and it’s a brand that brings success, wealth and even cool. With tech jobs growing and start-up companies ranking among the most desirable places to work, it’s obvious that a little geekiness can go a long way.

Of course, career success depends on more than just working hard, brilliant problem solving or even innovative genius. It’s an advantage to be skilled at human interactions and social situations—and stereotypically, nerds are crippled in those areas. In the film The Social Network, Mark Zuckerberg was portrayed as an insecure, rude egomaniac. While the real Zuckerberg may be less socially inept, the media has documented his past awkward moments.

These moments all took place several years ago, however, and more recent headlines have concerned his decision to learn Mandarin or donate most of his Facebook shares (valued at $45 million) to charity. So maybe 2016 will not only be the year Zuckerberg builds a robot butler, but also the year where he sees his own public image shift from calculating boy billionaire to benevolent elder statesman, in a warmer, Bill Gates-ian mold. Either way, his response to Darlene Hackemer Loretto is sound advice. Be the nerd you want to see in the world. You may be the next successful inventor—or at least, get yourself on the fast track to career success.

Find a tech job on Monster.