If you’re looking for great careers in music that don’t require you to perform on a reality TV show, you just may get your big break at one of these companies. 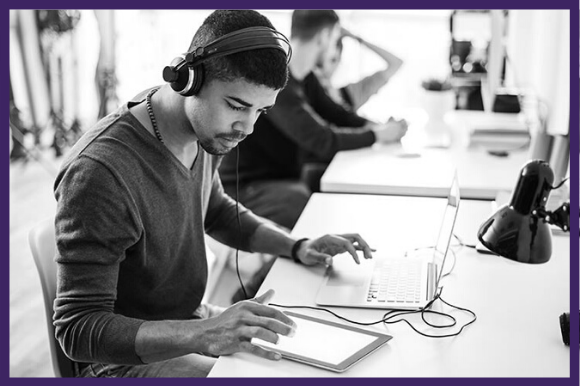 Work in the music industry at these great companies.

Careers in music are hot commodities, and it’s easy to see why: the excitement, the perks, and the love of music itself. TV shows like Entourage and Empire have made jobs in the music industry seem like they're reserved for only the ultra-cool among us, but—surprise—that couldn't be further from the truth.

From the birth of headphones in 1910 to the smartphones of present day, the growth of the music industry has always depended on technological innovations. And with the technology industry skyrocketing in recent years, countless new music business jobs have been created across the country.

Whether you're looking for jobs at record labels or in music publishing or with instrument manufacturers, here are the companies offering some of the best jobs in music on Monster right now.

The American Society of Composers, Authors, and Publishers (ASCAP) is a veritable hub of careers in music. It includes professional membership organization of songwriters, composers, and music publishers of every kind of music. Its mission is to license and promote the music of its members and foreign affiliates, obtain fair compensation for the public performance of their works, and to distribute the royalties that it collects.
Locations hiring include: Cincinnati; New York City; Tampa

Broadcast Music, Inc. is one of the four major performing rights organizations in the United States. The other three are ASCAP, SESAC, and SoundExchange. BMI collects license fees on behalf of songwriters, composers, and music publishers and distributes them as royalties to those members whose works have been performed.
Locations hiring include: Atlanta, Los Angeles, Nashville

Fender Musical Instruments Corporation (commonly referred to as Fender) manufacturers electric guitars, basses, and amplifiers. Its most famous guitars are the Stratocaster and Telecaster, which have been made popular by the likes of Jeff Beck, George Harrison, and Jimi Hendrix.
Locations hiring: Corona, California; Los Angeles; Scottsdale, Arizona

iHeartMedia is a media and entertainment company with over 850 radio stations across the country.
Locations hiring include: Atlanta; Burbank, California; Phoenix

Along with Universal and Warner Music Group, Sony Music Entertainment is considered one of the big three global record companies. A subsidiary of Sony Corporation of America, the label is home to artists as diverse as the Chainsmokers, Future, Brad Paisley, and many more (super) famous musicians. Its labels include RCA, Epic, RED Distribution, and Columbia Records.
Locations hiring include: Franklin, Tennessee; Miami; New York City

Spotify took the music world by storm when it came onto the scene in 2008. With more than 1,600 worldwide employees and 140 million users, it has established itself as the premiere music streaming service. Spotify develops platforms (mobile, desktop) for streaming music, and offers a premium, ad-less subscription service.
Locations hiring: Boston; New York City

Music can be your job as well as your passion, but it's a fast-paced industry so the sooner you apply to open positions, the better your odds. Could you use some help cutting through the noise? Join Monster for free today. As a member, you can get music industry job alerts sent directly to you, rather than spending lots of time combing through ads. Additionally, you can upload up to five versions of your resume—each tailored to the type of job that interests you. Recruiters search Monster every day looking to fill top jobs at music companies with rock star candidates, just like you.