A new survey sheds light on the sought-after skills that can’t be learned in a classroom. 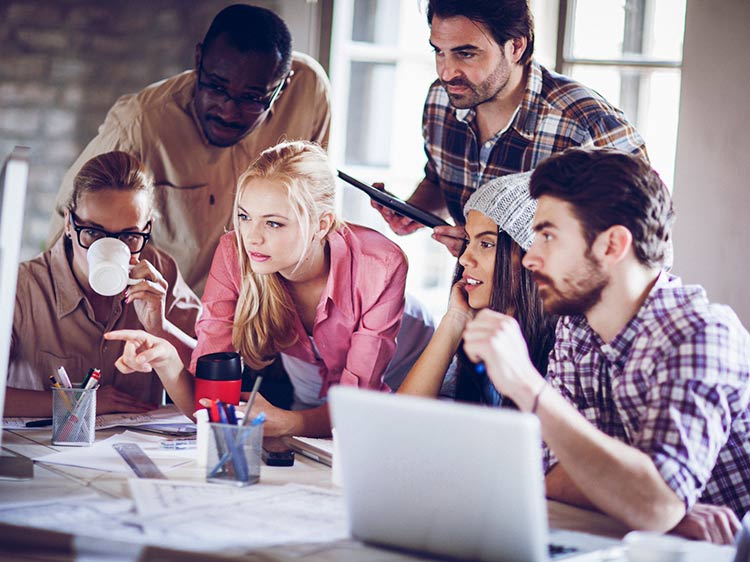 Curious as to what skills you need to score your first job? Here’s a hint: It’s not PowerPoint, Excel or Photoshop. A new survey from the Society for Human Resource Management (SHRM) found that employers care more about “soft skills”—such as integrity, reliability and teamwork—than they do technical abilities like reading comprehension and mathematics.

That’s not surprising, says Kathy Robinson, founder of Boston-based career coaching firm TurningPoint and former entry-level recruiter. “Hard skills can be taught,” she says. “Employers are more concerned about whether a job candidate has the right attitude and work ethic.”

Here are the five skills employers say they value most in younger employees—and what you can do during a job interview to prove that you’ve got them.

Nearly every HR professional that participated in the SHRM survey (97%) said that dependability and reliability are very or extremely important qualities for applicants being considered for entry-level positions. At a minimum, this requires you to demonstrate a track record of regular and punctual attendance.

“When employers say they want someone they can rely on, they’re looking for commitment,” says Robinson. Citing a real-life example is more compelling than simply saying that you’re always on time.

If you don’t have a ton of work experience to lean on, Robinson recommends talking about an activity in college where people relied on you (e.g. being on the crew team required you to wake up at 6 a.m. every day for practice).

Eighty-seven percent of employers in the SHMR survey ranked integrity as one of the most important qualities when vetting entry-level job candidates. The study defined integrity as treating others with honesty, fairness and respect, as well as demonstrating respect for a company’s time and property.

In addition to being polite, courteous and respectful during the interview process, you could also demonstrate integrity by talking about a time when you had to make a tough ethical decision, advises Robin Ryan, author of 60 Seconds and You're Hired! “If you worked part-time at a restaurant and saw an employee stealing from the cash register and reported it to your manager, that shows integrity,” says Ryan.

R-E-S-P-E-C-T. A whopping 84% of HR professionals surveyed by SHRM, said it’s an extremely important quality for entry-level job seekers to have. According to the study, respect entails being able to work effectively with colleagues who have diverse backgrounds or opinions.

“Employers want to create a collaborative environment,” Ryan says. Because this includes different generations working well together, express during the job interview that you look forward to learning from more experienced workers in the field. One way to do this is to ask whether the company has a mentorship program; simply expressing interest can show that you would treat older co-workers with respect.

Speaking of collaborative workplaces, 83% of the employers surveyed by SHRM said that teamwork is a top priority when assessing entry-level job seekers. The study defined teamwork as “the ability to work effectively with others.”

To convey that you’re a team player, “don’t use ‘I’ language when talking about team experiences,” says millennial career coach Rachel Ritlop. “Rather than saying, ‘I did this,’ and, ‘I did that,’ when describing a group project, focus on the results,” she says.

For instance, when describing how you helped run a philanthropy event, you could say, “Being able to help organize the event and raise over $5,000 in donations as a team was a really rewarding experience for me.”

Another way to show you’re a good collaborator? “Talk about an internship experience where you worked with your peers to successfully complete a project,” suggests Ritlop.

Seventy-eight percent of the HR professionals surveyed by SHRM reported that customer focus is crucial for entry-level job candidates. This involves understanding and anticipating a customer or client’s needs.

To show during a job interview that you value serving others, talk about how customer satisfaction is important to you. For example: “When I worked part-time at a deli during college, I always greeted customers by name and made sure they were happy with their food.”