Possible reasons you’re not getting called for job interviews

Is it you? Is it them? Is it both? Here are possible explanations. 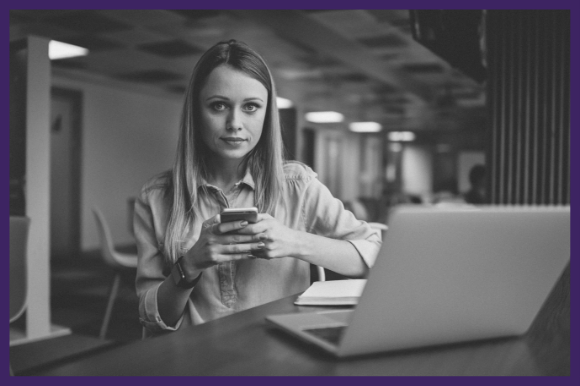 Snagging a job interview is every job seeker’s goal, but job auditions don’t come easily. Sometimes, it's painfully obvious why you didn't land an interview—for instance, that resume you put together last minute was chock full of typos, or you lacked the basic job credentials to qualify for the position, or you accidentally mentioned a competitor’s name in your cover letter instead of the employer’s (ouch!).

In some cases, though, it's more difficult to pinpoint why you weren’t called in for a job interview. If that keeps happening, you've got some detective work to do.

Many employers today use application tracking systems (ATS), software that scans resumes for certain keywords that are typically tied to the job description. However, “keywords are only one part of the equation,” says Dana Leavy-Detrick, owner of Brooklyn Resume Studio. “The ATS also reviews resumes based on certain formatting elements, and not following the guidelines may cause your resume to be parsed or read incorrectly by the software.” Her advice: avoid using tables or graphics with embedded text, as these design features may interfere with how an employer's applicant tracking software screens the resume.

Kelly Donovan, principal of the Los Angeles–based career services firm Kelly Donovan & Associates, also discourages job seekers from submitting heavily designed resumes. “A splashy design can be an attention-getting marketing piece to give people you're networking with, but for online applications you want to make sure the software can read your resume properly, and that human readers will see the information properly when viewing it through the software,” she says.

Your social media profiles are sending a bad message

It’s 2019—meaning you can count on prospective employers checking you out on social media before deciding whether to bring you in for an interview. Obviously, your LinkedIn profile should be professional, but what about your Twitter or Facebook accounts? If you’ve set your social pages to private (which you should definitely do if you post controversial opinions), why worry?

The issue is your Facebook or Twitter account’s profile picture is still public and, therefore, visible to recruiters and hiring managers. Hence, Donovan says job seekers have to be mindful of how their main photo makes them appear. “You could be the friendliest person in the world, but an online photo could be an employer's first impression of you,” she says. “Make sure you're smiling so you seem like someone who would be enjoyable to work with.”

But don’t stop there. “Take control and educate yourself about what's private, what's public, and what should be cleaned up to create the best image for prospective employers” on social networks, Donovan recommends.

You applied for an out-of-town job

If you’re searching for jobs in a different city than where you currently live, you’ll have to proceed carefully, says Vicki Salemi, Monster’s career expert. “If the job is in New York City and you're located cross-country, for instance, the recruiter may think the interview process may take too long,” says Salemi, or the recruiter doesn’t give you a call because the company doesn’t have a budget to fly you in for an interview.

Fortunately, there’s a simple solution: don’t put your home address on your resume. “Let's face it, employers aren't going to mail you a letter if they see your resume for the first time,” says Salemi, “they'll call or email you to set up a time to talk so ensure your email address and cell phone number are included on your resume. And out of state area codes won't really dismay a recruiter.”

Willing to go a step further? “You may want to include a sentence or two in your cover letter indicating you are in the process of relocating on your own dime and will be available for interviews,” Salemi suggests. After all, job seekers who don’t require relocation assistance are inherently more attractive to employers.

An internal job candidate is already a shoe-in

Sometimes, there are circumstances outside of your control that will prevent you from getting a job interview. “One of the biggest reasons perfectly qualified candidates get overlooked for interviews has to do with hiring from within,” Leavy-Detrick says. “Indeed, some companies stipulate that a position must be advertised internally for a period of time before being made visible to the public.” In that instance, “internal candidates have an advantage in terms of timing and visibility,” Leavy-Detrick points out.

Alternatively, an employer may already have an internal candidate in mind for the position but is running a job advertisement to cover its bases legally.

Sometimes, hiring for a position gets put on hold at no fault of your own—for example, the hiring budget gets cut, or there’s a company-wide hiring freeze. In that case, unfortunately, many employers don’t contact job candidates to let them know what’s going on.

Your best approach? If you apply to a job but don’t hear back, follow up with the recruiter or hiring manager about two weeks after you submit your resume, reiterating your interest in the position.

Get some help with getting hired

A job search can be grueling if you don't have the right strategy in place. Don't go it alone. Could you use some help? Join Monster for free today. As a member, you can upload up to five versions of your resume—each tailored to the types of jobs that interest you. Recruiters search Monster every day looking to fill top jobs with qualified candidates, just like you. Additionally, you can get job alerts sent directly to your inbox to cut down on time spent looking through ads. If your'e tired of getting the cold shoulder, Monster can help fire things up.