Are your parents ruining your job search?

There's a fine line between good parenting and helicopter parenting. 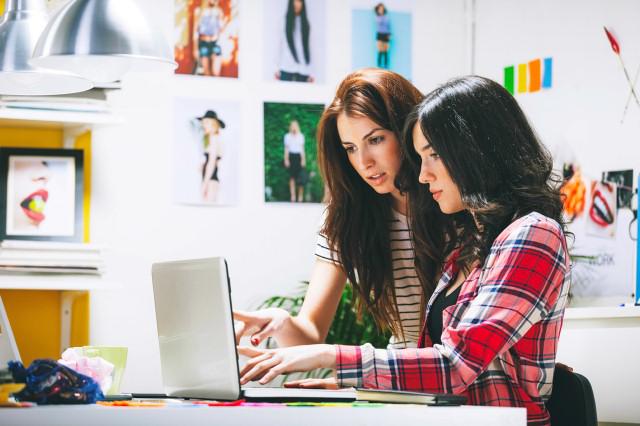 Life can be tough in your early 20s, especially as you work to graduate from college and land your first job. No one would blame you for wanting to use every bit of assistance available — including your parents.

One Adecco survey published earlier this year found nearly four in 10 Americans ages 18 to 24 have their parents involved in their job searches. But how do employers feel about that? And how far is too far?

Keep parents behind the scenes

“Employers consider a lot of factors when making a hiring decision, so even one misstep could take a candidate out of contention, especially in a competitive job market,” says Robert Hosking, executive director of OfficeTeam, a temporary staffing firm specializing in administrative professionals. “Any parental involvement should be behind the scenes, such as reviewing resumes, conducting mock interviews or offering networking contacts.”

That’s right, it’s fine for your parents to offer contacts and for you to drop your parents’ names, but that’s as far as it should go, Hosking says. “Parents should avoid direct contact with potential employers. They should not participate in interviews or call, email or visit companies on behalf of their children.”

As the director of talent acquisition for staffing firm Messina Group, Sarah Benz has seen her fair share of parents become overly involved in their son or daughter’s job search — and it never goes well.

Benz recalls one father who called to advocate for his daughter who had two degrees and was working as a barista. The father was adamant she could put her degrees to better use than making coffee, and told Benz his daughter was the smartest person he knows and would be a great employee for any company.

“His daughter was already in our database,” Benz says. “After the conversation, she was marked as a ‘do not refer.’ Her father's intentions may have been valid, but resulted in us questioning her ability to take responsibility for her own career and left us wondering how involved he would be once we placed her with a client.”

Kevin Mercuri got all the way to the offer phase with a candidate before the candidate’s helicopter parents ruined it. The CEO of Propheta Communications was considering creating a junior position at the boutique public relations agency last year and extended an offer to his top choice.

“Apparently, his parents felt that we needed to pay a salary that was well-above the market rate. He came back with a counter offer that essentially torpedoed his chances at working with us. We politely rescinded the offer,” says Mercuri. “The next day, I received a call from his mother asking if I would retrieve his resume and allow her to explain why her son was worth the extra money.”

He politely told the mother he would not revisit the rescinded offer only to have her completely ignore him and launch into an argument about her son’s qualifications. Mercuri had to cut her off to get off the phone. “To this day, I still shudder at what might have been if we allowed this candidate onto our team.”

What to do if your parents are too involved

If you’ve read this far and suspect your parents may be ruining your job search, what can you do?

“Helicopter parents don't realize they are helicopter parents,” says Jason Nik, a life and career coach. “They feel they are only watching over you because they want to help you succeed. You need to show your parents you value them, but that you can manage on your own.”

Nik says you should set boundaries early on in the process. Tell them they can explain things, but not do them for you. Seek advice and tips about interviews, for example, while insisting they not accompany you or make follow-up calls.

And if you need some official backup for the boundaries you set, send them a link to this article.