Beer jobs are on tap

In honor of International Beer Day, we’re serving up a variety of jobs at breweries big and small right now. 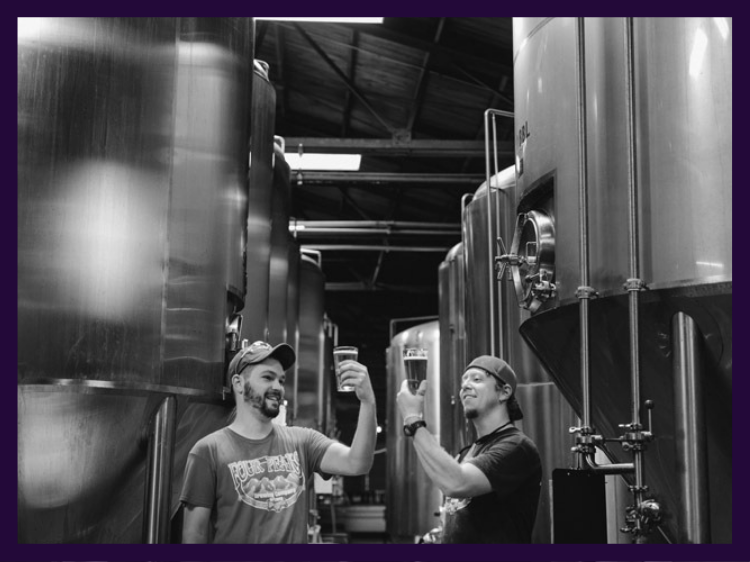 With the wave of craft beer that's gloriously washed up on our shores, breweries of all sizes are sprouting up faster than you can crack open a cold one. That means beer jobs, lots of 'em. In fact, about 70,000 people are directly employed by brewers and beer importers, according to the 2018 Beer Serves America report. Include additional positions created by the beer industry, and beer supports 2.1 million American jobs overall—the number of distributor jobs alone has increased by more than 19% in the past decade, to nearly 141,600. From 2006 to 2016, breweries accounted for more than half of the employment growth within the beverage manufacturing industry, according to the Bureau of Labor Statistics. And if you’re anything like us, all beer is good beer, and all brewery jobs are good jobs in our book.

We rounded up the best damn beer jobs you can get your hands on right now. Beer lovers and hell raisers and job seekers rejoice!

But for the craft beer snob, you’ll find smaller breweries that are suitable to your career palate. The Brewer Association defines such craft breweries as small, independent companies often characterized by challenging flavors.

The jobs the industry is brewing

We’re not going to lie, working in the beer business sounds nothing short of being a really sweet gig. (And if you need any more convincing, just ask the people who work in it.)

Although you might not necessarily be able to drink the beer while you’re on the clock, there are plenty of great options beer lovers can get their job search hopped up on.

Inside the brewery, you can get close to where the magic happens, fermenting grain and hops as a brewer. You’ll also find jobs for distributors, sales representatives, and brand ambassadors at beer companies, as well. Additionally, some breweries give tours and have tasting rooms that are open to the public, so if you’re looking to spread your love of beer with the 21 and over crowd, you can find jobs for bartenders and tour guides there, too.

You can find all beer jobs on Monster—and then feel free to crack open a cold one because this international holiday only comes once a year. Cheers!

Could your career use a refill?

If you've been going to one flat, flavorless job to the next, it's time to upgrade to something a bit more substantial. Need some help? Join Monster for free today. As a member, you can upload up to five versions of your resume—each tailored to the types of beer jobs that interest you. Recruiters search Monster every day looking to fill top jobs with qualified candidates, just like you. Additionally, you can get job alerts sent directly to your inbox to cut down on time spent looking through ads. Those are two quick and easy ways Monster can help you with your job search. You can thank us by getting the next round.