These are the top reasons you never get a pay raise

You won't put more money in your pocket if you’re making these mistakes. 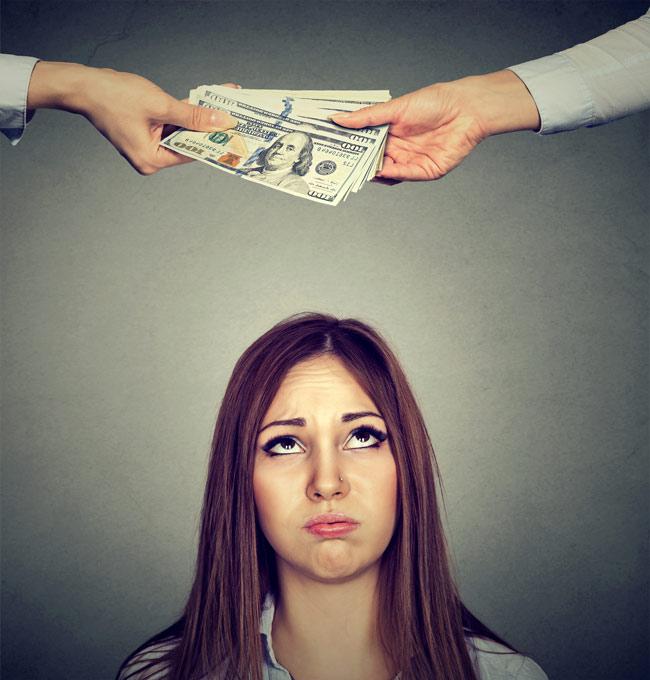 Raise before praise, that’s what we like to say.

Public praise from your boss is great, but let’s be honest, nothing says you’re crushing it at your job quite like a pay raise. Raise before praise, that’s what we like to say.

Unfortunately, not everyone who deserves a pay raise gets one—and the reasons why might not be what you expect.

To avoid getting dinged in the wallet, check out some of the most common explanations why employees don’t earn raises. If any of these behaviors sound familiar, it’s time to make some changes.

You’re uncomfortable asking for a raise

Even if you know how to ask for a raise, you actually have to do the asking in order to get results. Sounds obvious, but many employees make the mistake of just not asking for a raise, laments Robin Pinkley, management professor at Southern Methodist University and co-author of Get Paid What You’re Worth. Almost two thirds (37%) of workers have never asked for a raise, a recent PayScale survey found. “If you don’t ask,” Pinkley says, “you’re likely not to get one because your employer will assume you’re satisfied with your salary.”

Even if your boss is super-appreciative of your efforts, “very few employers are going to come to you and say, ‘Hey, I want to give you a raise!’” says executive coach Roberta Chinsky Matuson.

Speak up—and explicitly state that you’re asking for a pay bump. “You have to articulate that you’re requesting a salary increase, not just a promotion,” Matuson says.

You don’t know the going rate

In order for a company to be competitive when it comes to talent, it needs to pay its employees well. If you’re underpaid, well, that’s a good enough reason to start looking around for a new job, which should technically spur your current company to offer you more money.

So before asking your boss for a raise, do some salary comparison and assess how much you’re worth next to other professionals in your field who are on equal footing. To find out what other people with your skills and experience are making, you can contact recruiters and do research online (Monster offers a Pay Range & Wage Estimator).

Once you’ve gathered this salary information, you can use it as a bargaining chip when you sit down with your boss, Pinkley says.

Your timing is bad

Many of the employees who do, in fact, ask for raises have poor timing, Pinkley says. “People often ask for raises at performance reviews, but that’s generally too late,” she says. “By that point, most companies have already decided where they’re going to allocate their budget.”

Matuson says there are three times when you should consider asking for a raise:

You can’t articulate your value

Simply expressing that you want a raise won’t earn you a pay bump. You have to demonstrate what the company gains by having you on board, says leadership consultant Barry Maher.

Moreover, “you can’t assume that your boss is keeping track of your progress,” says Pinkley. “You need to keep a record of your contributions and show it to your manager.” Because money talks, highlight things you’ve done that have improved your company’s profitability or productivity (think numbers), Pinkley recommends, and talk about the contributions that you’ll make going forward.

Asking your boss for more money can be intimidating, but it’s necessary if you want to keep your career moving at a healthy pace. That said, sometimes, no matter how solid your argument for a raise is, a company simply won’t be able to pay up. In that case, it’s time to make plans.

Could you use some help looking for a better-paying job? Join Monster for free today. As a member, you can upload up to five versions of your resume—each tailored to the types of jobs that interest you. Recruiters search Monster every day looking to fill top jobs with qualified candidates, just like you. Additionally, you can sign up to get negotiating tactics, interview insights, and useful career advice sent directly to your inbox. Monster can help you find a job that’s a great fit—and one that pays better, too!