Where else can you land 50 interviews in one week? 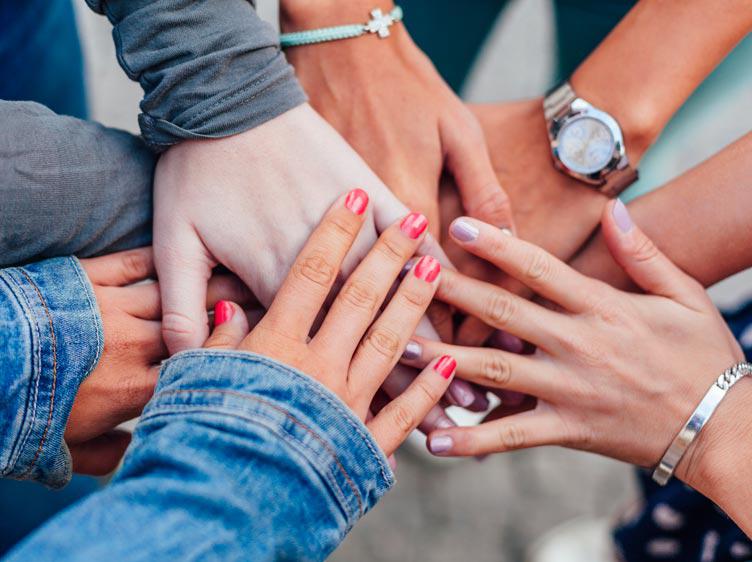 We’re not saying you have to go Greek—but if you want some early job interview practice, you might want to give it a try.

Monster Careers Expert Vicki Salemi, who has more than 15 years experience as an executive recruiter, says even if you’re not planning to join a fraternity or sorority this semester, rushing one could give you a leg up when it comes to landing a job.

“Greek life recruitment season primes you for social skills and emotional intelligence that employer’s covet,” she says. “Simply stated, you’ll figure out how to work a room.”

And, according to a 2014 Gallup survey, you’ll end up happier in your work if you immerse yourself in Greek life on campus. The survey found that the 16% of college graduates who were in a fraternity or sorority tended to be more engaged and happier at their jobs.

Here are five ways rushing a fraternity or sorority will help prepare you for your first job.

1. Interviewing (and networking events) will be a breeze.

Recruitment helps you master the art of small talk. You’ll have to carry conversations with all types of people and be able to sell yourself in a short amount of time.

“One of the main things I learned from day one, which I still use to this day, is to ask people open-ended questions,” Salemi says. “If you ask a question that yields a yes/no answer, the conversation will abruptly end.”

Not to mention, with all of these different people you’ll talk to at rush, you’ll learn how to make conversation with a variety of personality types. (Yes, sorority women and fraternity men aren’t all the same.)

During recruitment, you’ll probably ask questions about the organization’s values and your duties as a member, not unlike a job interview. And the same taboo topics, such as incomes and partying, you’ll want to avoid in recruitment will be the same ones you’ll know not to bring up around the office.

2. Your network will grow.

Should you decide to pledge a fraternity or sorority, your network will grow to include the 9 million people in the U.S. with Greek ties.

In a recent Atlantic article, Salemi said your Greek affiliation could be used as a networking tool and including it on a resume shows that a candidate is well-rounded and able to balance multiple responsibilities.

Or maybe you decided Greek life wasn’t for you, but you had a really great conversation with a sorority or fraternity’s president or another member during a recruitment event.

It’s totally OK to reach out to them. In fact, Salemi says you need to make a point of doing so. Even though recruitment didn’t work out, there’s no reason why the connection you made shouldn’t carry on after bids have been passed out.

“Don’t be afraid to reach out to someone after recruitment and tell them how you enjoyed connecting with them during rush,” Salemi says. “Enjoy recruitment for the connections you made, regardless of whether you decide to go Greek.”

Ask them to grab coffee or attend an upcoming campus event with you as a way to build upon that initial connection. Down the road when you’re looking for an internship or full-time job, that person may be able to put you in touch with a prospective employer via their network or help you find a roommate in a new city.

Fraternities and sororities usually have dress code guidelines for potential new members (PNMs) at rush events, which can teach you how to dress for the business world. So whether you’re a PNM or a PNE (potential new employee), you’ll want to look polished, clean and modest.

Salemi says it’s important to dress to impress because it’s a reflection of who you are.

“You can dress to impress by not only staying within the guidelines of the dress code but also by looking sharp,” Salemi says. “That means the basics like ensuring there aren’t any stains and your clothes are neatly pressed.”

4. Time management will be no problem.

Eat, sleep, recruitment—yep, that’s pretty much rush week in a nutshell. On top of attending rush events, you’ll have to juggle classes, homework and maybe even a part-time job.

“Time management skills are essential,” Salemi says. “You’ll definitely gain them through recruitment between the hours spent at each event and all of your other commitments. And you can’t forget about fitting in enough time to eat and sleep—this is a week where you’ll need your energy.”

After recruitment is all said and done, you’ll have become a master at prioritizing and managing your time. So when your future boss gives you a mountain of work to complete by the end of the week, it’s probably because they know you can handle it.

As much as you’re being interviewed during rush, you’re also interviewing the sororities or fraternities—the company—to see if you’d be happy there. As you attend the rush events, you’ll eliminate the groups that aren’t a good fit for you. Just as well, they won’t ask PNMs back who they believe aren’t compatible with their group’s values or goals.

“You can start rushing with an open mind, and then narrow it down to which organization’s values best align with yours,” Salemi says. “As with a job search, you can start broad and then get specific as you learn more about what each position entails.”

And if you do receive a bid from a sorority or fraternity, you have short amount of time to make a decision. Are you willing to commit significant time to this group for the next four years? It’s the same thing when you get a job offer.

Although Greek life isn’t for everybody, it doesn’t hurt to give it a shot this rush season.