We followed in our parents’ footsteps—and found jobs we love

For these three people, inspiration struck close to home: They chose the same career paths as their moms and dads. 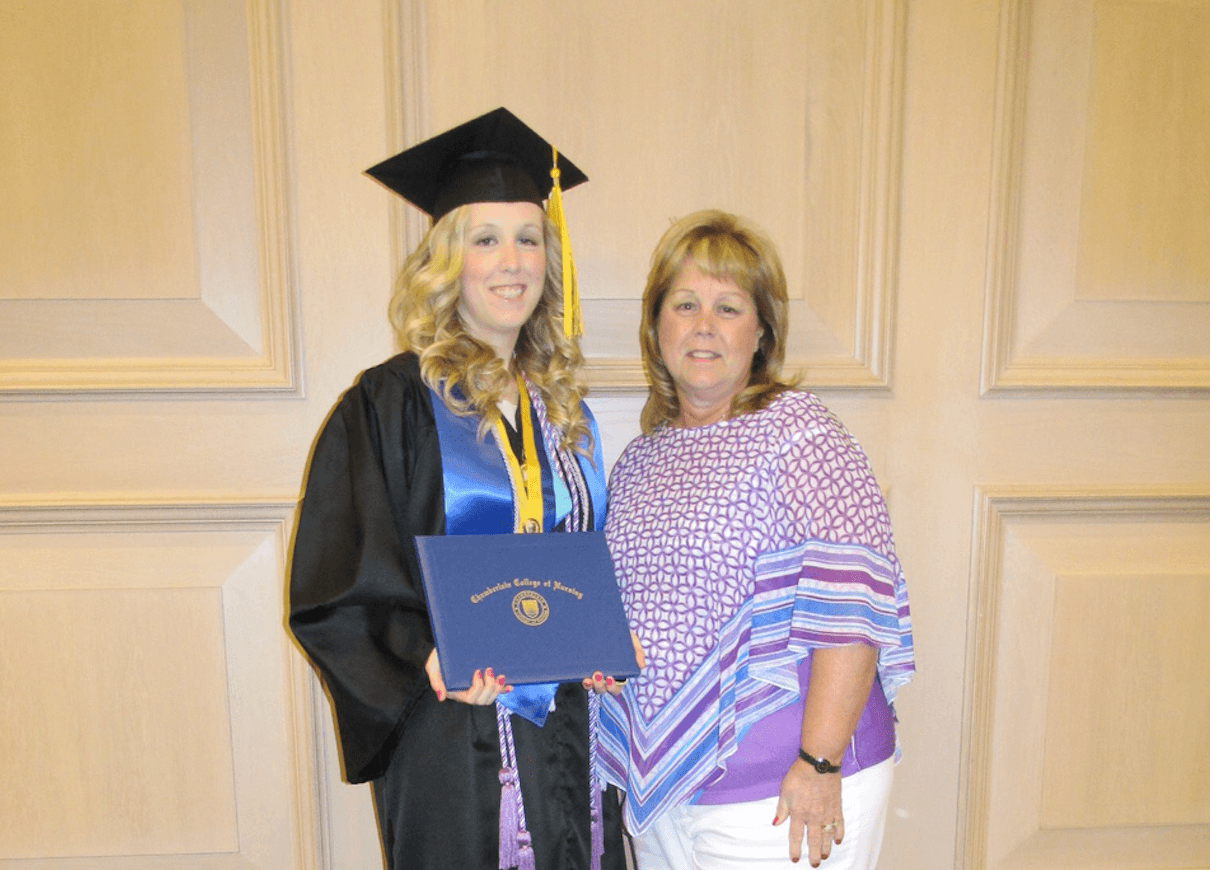 On April 28, more than 40 million kids and adults will come together in over 3 million workplaces as part of Take Our Daughters and Sons to Work Day. For the past 23 years, this event has been inspiring students’ career aspirations and connecting what they learn in school with work opportunities.

But that inspiration often comes in a less formal setting, by children who grow up watching their parents navigate the working world, day in and day out. Meet three people who were inspired by their parents’ career paths—even if they didn’t realize it at the time.

Early impressions: As a child, Kaye didn’t know much about what her mom did at work, other than taking care of sick people at the hospital. The association wasn’t a positive one. “Nursing didn't appeal to me because I hated going to the doctor and being poked with needles,” Kaye says.

Entering the field: Although her mom encouraged her to become a nurse, Kaye wanted to be a writer. She got a degree in professional writing and wound up doing technical writing for software used in clinical trials. She enjoyed the medical research aspect, and realized she’d prefer helping patients directly, rather than working on software for them. She went back to school for nursing, got a job and found that she loves the profession. “It combines all of my interests, and there are many options within the field,” she says. "I'm able to help people, do research and teach."

Working in the same profession: Though Kaye and her mother never actually worked together, Kaye says her mom’s guidance on selecting her first job was invaluable. “It's important that your first job is able to support new nurses because you still need a lot of training and support upon graduation,” Kaye says. "My mom recommended that I go to an academic hospital, which I did, and so far it has been a really positive experience."

How it’s different today: When her mom began working, Kaye says, nurses still wore white uniforms and no one wore gloves when providing patient care. The field has changed dramatically, with more educational emphasis, advanced degrees and employment options. "If it wasn't for my mom's generation of nurses paving the way,” Kaye says, “I wouldn't have the opportunities that are available now.”

Early impressions: From a young age, Michael saw his parents’ hard work—and the payoff. His family had been living in Mexico but came back to the U.S. in search of better opportunities. His mom got a job as a maid and was promoted to office manager, then a couple of years later had the opportunity to take over the Molly Maid franchise. At that point, it became a family business. “Working here was part of the family chores,” says Michael, who would pitch in by folding rags, doing laundry, making appointment-reminder calls and anything else he could handle.

Entering the field: Michael continued helping out through high school and college, eager to get more and more involved in running the business, which the family has turned into one of Molly Maid’s top five franchises nationwide. “My parents actually pushed me out the door more often than I wanted to leave,” he says. He earned his degree in international business last year but decided to stick with the family business. “I would like to have more Molly Maids,” he says, "more franchises in different cities."

Working in the same profession: It can be difficult when he and his parents don’t see eye to eye, Michael says. But he doesn’t shy away from addressing decisions he disagrees with, and he acknowledges that seeing things differently can yield positive results. “My mom’s a pessimist, and I’m an optimist,” Michael says, “so we do a really good job of balancing each other out.”

How it’s different today: With a strong foundation built by his parents, Michael has been able to focus on expanding the marketing efforts to create a more engaged, modern brand. The business has supported charitable causes and uses social media to connect with customers and grow its customer base. “I’m bringing it into the 21st century,” Michael says.

Early impressions: Rob’s first look at his dad’s work as a private investigator came at age 12. Bob Holmes, a former state trooper, had pioneered a niche busting counterfeiters selling fake Gucci items, Rolexes and even Cabbage Patch Kids. Rob was enlisted to make undercover buys at the New Jersey shore. “I would buy T-shirts and toys,” he says, “and I was paid in ice cream.”

Entering the field: Rob worked for his dad off and on, but didn’t really take an interest in the business. He first went to Bible college to become a preacher, then took off for Hollywood to try stand-up comedy. In need of a day job, he turned to his dad, who hooked him up with a private detective agency in Los Angeles. Rob proved better at fighting crime than comedy, and seven years later started his own company, IPCybercrime, eventually bringing on his brother and specializing in the same kinds of intellectual property and counterfeit cases his father had focused on.

Working in the same profession: The education Rob got from watching his dad work in a developing field was invaluable. “I didn’t just learn this when I was in my 20s or 30s,” he says. “I learned it in my teens when nobody really knew what counterfeiting and anti-piracy was.” And there’s a bonus from having a father who’s well known in the field: “It’s almost like I have a built-in history with a lot of people."

How it's different today: Most of the street-side counterfeit markets in the U.S. are cleaned up these days, but the illicit industry is rampant online. Rather than trolling street vendors and raiding warehouses like his dad, Rob delves into the underbelly of the Internet to investigate virtual crime scenes, sleuth out the sellers of fake goods and go after the online marketplaces making them widely available. “It’s kind of like inventing a niche as you go along,” Rob says.