Coronavirus can't crush the merriment in these companies' hiring plans. 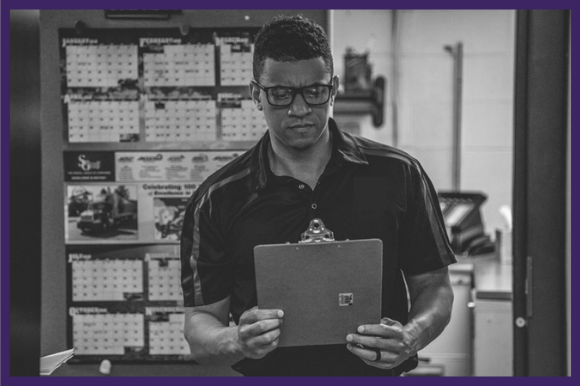 These companies are hiring for the holidays now.

It’s beginning to look a lot like the holidays on the jobs front, as seasonal jobs are slowly but surely popping up at many companies nationwide, despite coronavirus fears.

New reporting from Deloitte predicts a 1% to 1.5% increase in total U.S. consumer spending from November through January, and a 35% increase in seasonal online sales. And a survey from Glassbox found that 70% of U.S. consumers intend to make the majority of their holiday purchases online this year via web or mobile.

"E-commerce is likely to be a big winner because consumers have shown a clear movement towards buying online rather than at brick and mortar stores," Daniel Bachman, Deloitte’s U.S. economic forecaster, told Retail Info Systems. As such, you can expect warehouse jobs to be in peak demand. For instance, Monster has a massive number of warehouse roles available across the country, including El Paso, TX; Syracuse, NY; Detroit; and many, many more areas.

Also, Delotte says, many retailers are adopting and expanding contactless buying options to try to get consumers to open their wallets.

“While the holidays are usually a time when retailers are desperate to attract crowds to their stores, one constant with COVID-19 precautions is that most stores are now concentrating on how to provide a safe shopping experience," says Andrew Challenger, VP of Challenger, Gray & Christmas. "While retailers may not know exactly how many workers to hire during this period to keep up with demand, they will likely need to create positions and tasks that are unprecedented, such as temperature takers, mask enforcers, and curbside workers."

Check our list below of the companies that have already announced their seasonal hiring plans—and be sure to check back often, as we’ll be updating this list periodically throughout the remainder of the year.

1-800-FLOWERS announced plans to hire more than 10,000 seasonal workers across its gourmet food and gifting brands Harry & David, The Popcorn Factory, Cheryl’s Cookies, and PersonalizationMall.com. Mostly based in Illinois, Ohio, and Oregon, these full- and part-time roles will be filled in key divisions like customer service and gift assembly. The company says seasonal workers may be considered for permanent positions once the holidays are over.

Amazon announced that it will be hiring 100,000 new full- and part-time employees in the U.S. and Canada. The jobs offer a starting wage of at least $15 per hour and are part of Amazon’s fulfillment and logistics network. In select cities, new hires will receive a sign-on bonus of up to $1,000.

Best Buy says it will hire for thousands of seasonal jobs across the country in sales, customer service, merchandising inventory, car install technicians, and more, as well as for positions in distribution centers.

Cabela's will hire 7,000 workers for the holiday shopping season. As one of North America’s premier outdoors companies, it will have jobs available in all of the company’s U.S. locations, including its retail stores, contact centers, distribution centers, and White River Marine Group manufacturing plants nationwide.

Dick's plans to hire up to 9,000 associates within its stores and nationwide distribution centers for the 2020 holiday season. New roles also include positions to fulfill curbside contactless pickup and ship-from-store orders.

Though the Gap hasn't announced exact numbers, it said it will be hiring for seasonal jobs, specifically in fulfillment and shipping, as well as contact-free services, like curbside pickup. Additionally, call center representatives will have the option to work from home. Fulfillment center workers will also be able to choose which hours to work.

Thousands of remote tax experts are needed for the quickly approaching tax season.

Koh's plans to hire "thousands" of seasonal associates this year, in its stores, distribution centers, and fulfillment centers. The company says it offers competitive wages, weekly paychecks, and an immediate 15% discount for employees.

Target announced plans to hire approximately 130,000 workers, including twice as many workers dedicated to same-day curbside and in-store pickup of online purchases than last year. The number of distribution workers will also increase in order to make sure inventory doesn't run low. More workers will also be hired to focus on safety and cleaning. About 40% of Target's seasonal hires are typically retained as employees.

UPS announced expectations to hire about 100,000 full- and part-time seasonal workers from October 2020 through January 2021. Jobs will primarily be package handlers, drivers, driver-helpers, and personal vehicle drivers across multiple shifts in thousands of locations across the country. According to UPS, over the last three years, about 35% of people hired for seasonal package handler jobs were later hired in a permanent position when the holidays were over.

Walmart announced plans to hire about 20,000 seasonal workers to fulfill three key shopping trends expected for this coming holiday season: an increase in online shopping; evolving wish lists; and the need for a fast, easy, and safe shopping experience. Workers will be hired in eCommerce fulfillment centers across the country for a variety of positions, including order fillers and power equipment operators. Starting hourly rates range from $15.75 up to $23.75 based on location, position, and schedule. Many positions will have the opportunity to convert to regular employment.

The following companies haven't made official announcements, but their seasonal jobs are currently available on Monster:

Find all seasonal jobs and warehouse jobs on Monster.

'Tis the season to job search

Is a new or seasonal job on your holiday wish list this year? Instead of waiting to hear reindeer land on your rooftop and a jolly man to come down your chimney, you can join Monster for free today. As a member, you not only get job alerts emailed right to your inbox, which cuts down on the amount of time you’d spend combing through ads, but you can upload up to five versions of your resume—each tailored to different types of seasonal jobs that interest you. Recruiters search Monster every day looking to fill top jobs with qualified candidates, just like you. Let Monster add a little cheer to your job search this holiday season.