How to fight sexism in the workplace

Gender bias in the workplace isn’t always as overt as it once was. Monster spoke with author Jessica Bennett, whose new book fights the good fight.

Stop us if you’ve heard this one before: A young woman in today’s workplace acts confident and assertive; her peers consider her aggressive and self-promoting. A man exhibits those same traits; he’s seen as a natural leader.

Or what about this one: A young woman is in the middle of giving a presentation, when her male co-worker cuts her off in order to offer his two cents.

New York Times writer Jessica Bennett had had enough with the double standards and undermining. With a healthy dose of humor, her new book, Feminist Fight Club: An Office Survival Manual for a Sexist Workplace, offers a helping hand to young women seeking an equal playing—and paying—field.

Often referred to as second-generation gender bias, “what we are talking about is not our mother’s sexism; a lot of it is not overt,” says Bennett. “A lot of it is really subtle.”

Monster spoke with Bennett about the nature of today’s challenges for young women at work and how to come out swinging. 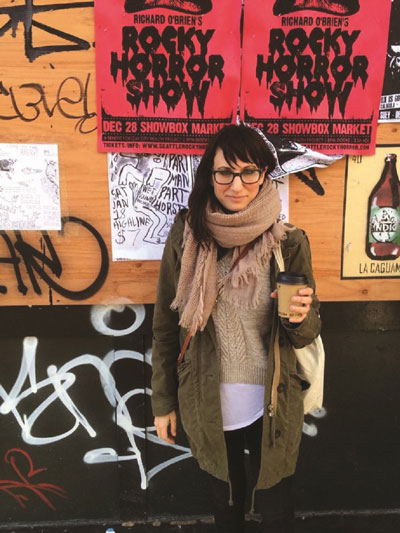 Q: You’ve published a lot of work about gender issues, but what prompted you to write your first book?

A: The book was inspired by my real-life Feminist Fight Club. For years, we’ve been meeting in secret, sharing tricks of the trade. Even though we had devised a number of useful strategies to combat sexism in the workplace, were they really helping people if they just existed within the confines of our tiny club? I wanted to share these hacks with the world. There are a number of “fight moves” that people can develop to deal with these issues, and I think many women are really hungry for that kind of advice, especially when it is backed up with academic research. As a journalist, I’ve observed how often we talk about issues of gender equality in the media and how infrequently there are solutions.

Q: What do you think is the biggest challenge that young women face in the workplace?

A: When I was graduating from college, I had this idea that I could be and accomplish anything. I was shocked when I took my first job and encountered this thing called sexism—I didn’t even know what to call at the time. They don’t teach this stuff in school.

[The challenge] is a lot of small things, a death by a thousand cuts. It’s not just about having one issue fixed, like establishing better parental leave policies or solving for the wage gap, it’s addressing all of these small things that add up to a bigger problem. So rather than attacking one, we have to look at all of them as a whole. It can be pretty overwhelming for people to think about how they as an individual can solve the problem of sexism, so what I’ve tried to do is share really small things that will provide people with the agency to fight back against these huge problems.

Q: How did you come up with some of your hacks for fighting back?

A: I read a lot of academic research, and embedded deep into this research is actionable advice on how to push back against certain issues of sexism. What I tried to do was come up with common characters we face at work—like the “manterrupter” who interrupts you in a meeting, or the office mom who ends up taking on the mother lode of menial tasks—as well as some of the internal barriers, like the feeling of being an imposter, and then digging through the research to find out how you can push back against these things.

Some of the tactics are really simple. If you’re being interrupted, you can employ the method of having somebody at your side to interrupt the interrupter. Or if you’re feeling like an imposter—like you don’t belong or like you don’t deserve a promotion—you can do breathing exercises and envision success. There are all these really simple things you can do to try and overcome that feeling.

Q: As you were gathering and conducting research, was there any single piece of information that stood out to you?

A: What was the most validating for me was to be able to back up my assertions with data and research. You hear people talk about “mansplaining” or “manterruptions,” and we sort of laugh about them. We might call them out, but it’s easy to be like, “Oh, that’s kind of a culturally dated concept,” or, “It’s not statistically proven.” Well, actually “manterruptions” really do happen—it’s scientifically proven. Women are interrupted at twice the rate of men. I consider these stats to be almost battle weapons. Anytime someone questions you, you can come back with a stat that’s irrefutable.

Q: What is your biggest piece of advice for young women entering the workplace?

A: Form a Feminist Fight Club. This book is inspired by the group of women that I’ve been meeting with since I began my career a decade ago, and I would not be where I am without their support. Even when you feel the most powerless, having a group of women there, or men, to support you is absolutely a thing that anyone can do.

You can attack this issue from many fronts. You can work within the system, you can fight against the system, you can try to employ all these different tactics, but at the end of the day, having a group of comrades who are going to be your army in this battle is going to help immensely.”

Q: What do you hope readers come away with?

A: I hope it will make people laugh—feminism doesn’t have to be serious; feminism can be funny. And I hope that they’ll come away with really useful tactics for how to fight back against some of these really irritating patriarchal structures that exist at work. If people want to form their own feminist fight club, I would welcome that. There are no downsides to having a group of women by your side as you go forth into the world.