Wise up to what you are—and are not—legally entitled to from employers. 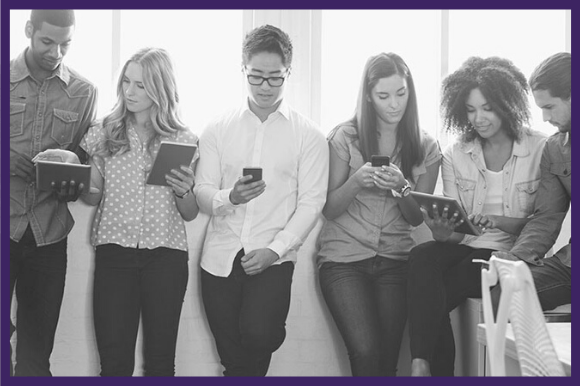 Whether you’re new to the world of work or a seasoned professional, there are a few misconceptions about employee rights that many people believe.

“There’s a lot of confusion on both sides of the spectrum, from employers and employees,” says Michael Elkins, founder of the law firm MLE Law. “There are a number of very common urban legends that are floating around out there, and definitely a lot of things that people either don’t know or think they know but are a thousand percent incorrect.”

To break down six common myths about employee rights, we turned to two attorneys specializing in employment law for their take.

Myth 1: Your employer can't fire you without good cause

You might think your boss can’t give you the pink slip because he doesn’t like you, but in fact, he probably can. “If you’re not part of a union—or you’re not a federal, state, or local government worker—most states are ‘employment at will.’ That means that in those states, you can be fired for any reason, no reason, or even a bad reason,” says Elkins. The only exception is that you can’t be fired because of discrimination (which covers race, sex, sexual orientation, religion, national origin, physical disability, and age).

So let’s say you just don’t get along with your supervisor. He or she could fire you simply because they don’t like you. “The federal courts are very clear on this topic,” says Elkins.

While it’s not customary for an employer to come in one day and decide that everyone’s paycheck will be but by 20%, there’s no law preventing them from doing so. “An employer is not prohibited from cutting the pay of employees, so long as the employer continues to abide by all minimum wage and overtime laws for hourly or non-exempt employees,” explains Kelly Duford, of DuFord Law. Again, if they are doing it for a discriminatory reason—like only the women’s salaries are being cut—then that’s illegal.

“Public jobs are going to be a little different because unions are involved,” says Elkins. But there’s nothing to stop a company from saying starting in January, commissions are being decreased from 8% to 4%.

Myth #3: Your emails are your private property

It might feel creepy to think that your company higher-ups are snooping in your email, but there’s nothing that can stop them. “Most companies will have an email-use policy that will say if you’re chatting on our work email, they can look at it,” says Elkins. In other words, there are no constitutional rights to privacy in a private workplace. “The constitution and the 4th amendment only apply in the context of government,” he says.

DuFord agrees. “Under California law and many other state laws, employee communications using company technology systems and networks are not confidential and may be accessed and reviewed by company management at any time—with or without the employee's knowledge,” she says. If you’re still unsure about this, go take a look at your company's employee handbook, and it will likely make this clear.

Myth #4: You're entitled to unemployment if you're fired

Don’t assume that if you get canned that you automatically have an unemployment check coming your way. “Unemployment is a state-by-state issue,” says Elkins. In his state of Florida, if you’re fired for something other than misconduct, you can usually collect.

In California, an employee who is fired must apply and qualify for unemployment benefits in order to receive them, says Duford. “The standard for California is ‘fired through no fault of my own.’ There are also requirements for the time employed and potentially other issues depending on your situation,” she says.

The bottom line is that you have to check your state requirements and be prepared to provide various levels of documentation in order to qualify for unemployment.

Myth #5: Your employer can't snoop in your desk or office

Just like with work emails, if you have a cubicle or desk in your office, you shouldn’t have an expectation of privacy. “Companies may reserve the right to open and inspect desk drawers for any business reason,” says Duford. “These sorts of inspections may occur at any time, with or without notice or consent by the employee.”

In the context of a public employer, however, constitutional rights apply, says Elkins. If you work for a city agency, for example, they can’t randomly search you or restrict your speech.

Myth #6: You can’t get overtime if you are salaried

You probably think if you’re paid a salary versus an hourly wage, you’re not entitled to overtime. You’re wrong. “It’s the biggest urban legend in existence,” Elkin says, calling it “a great myth that’s ingrained in employers and employees.”

Of course, there are exceptions to this rule, as some jobs get overtime and some do not. The Fair Labor Standards Act (FLSA) outlines certain jobs that are exempt from overtime, such as lawyers, doctors, architects, and other white-collar jobs. There’s also an administration exemption, says Elkins. “The trick is once you’ve determined that the duties of a job fits an exemption, then in order to take advantage of the exemption, they must be paid a salary,” says Elkins.

If you’re unclear as to whether or not your job is exempt from overtime, or if you think you should be getting paid for your extra hours, the burden is on the employer to prove the exemption, says Elkins.

Bottom line: If you feel that something about your employer is shady, it doesn’t hurt to consult with some resources. You might start with your own employee handbook and your HR department. If you’re not satisfied at that point, speak with an employment lawyer who can advise you if you have legal recourse.

Fact: You don't have to stay at an underwhelming (or shady) job

Knowing what you're legally entitled to as an employee is very important. And when the lines are blurring between "perfectly reasonable" and "definitely questionable," seeing what other job opportunities are out there is always a smart move. Could you use some help with that? Join Monster for free today. As a member, you can upload up to five versions of your resume—each tailored to the types of jobs that interest you. Recruiters search Monster every day looking to fill top jobs with qualified candidates, just like you. Additionally, you can get job alerts sent directly to your inbox to cut down on time spent looking through ads.