Essential skills for being a good team player

Learn how teams in soccer and in business are similar, and what it takes to score consistently stellar results. 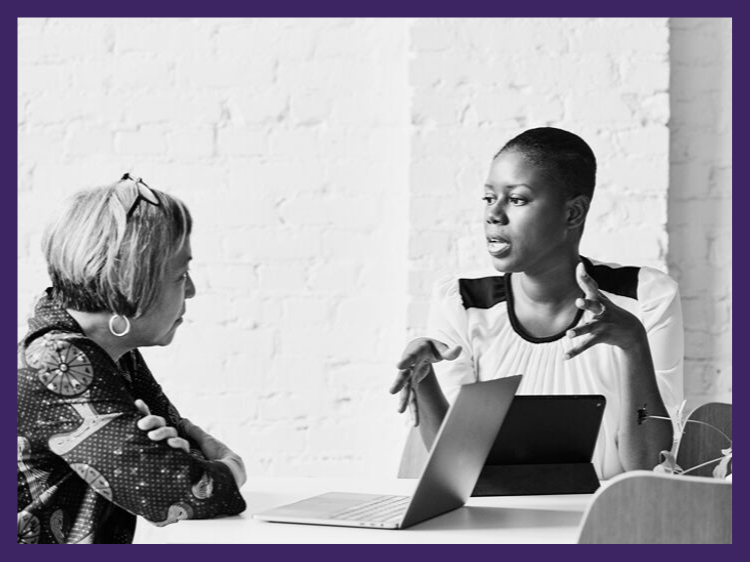 Listening is among the most valuable teamwork skills.

If you happened to watch the U.S. women's soccer team win their fourth Women’s World Cup championship in 2019, you saw a superb display of topnotch teamwork skills in action. But exactly how can you apply their winning ways to what you and your co-workers do every day?

Just ask John J. Gillis, Jr., Ph.D., and Kristine Lilly, co-authors of a fascinating book, Powerhouse: 13 Teamwork Tactics that Build Excellence and Unrivaled Success. Gillis coaches executives at Austin-based leadership development firm LeadershipX, while Lilly—a 2014 inductee into the U.S. Soccer Hall of Fame—played midfielder for the U.S. women’s soccer team for over 23 years, including five World Cup tournaments and three Olympic Games. In Powerhouse, they analyze how teams in soccer and in business are similar, and what it takes to score consistently stellar results in either arena.

Now more than ever, companies want and need agile employees with awesome teamwork skills who can collaborate on the fly and pivot on a dime. In fact, according to the Monster Future of Work: 2021 Outlook survey, employers chose teamwork/collaboration as the second most important skill a candidate should have, preceded by dependability. Yet most people “don’t dedicate the time or resources needed to fully develop their teams,” Gillis and Lilley write. Powerhouse aims to help fill that gap, with insights into 13 specific ways your team can bring its A game to work every day.

Monster recently spoke with Gillis about what even non-sports fans can learn from the U.S. women’s soccer squad.

Q. What’s the single most crucial skill that all great team players share?

A. I’d have to say it’s listening with an open mind. Most of us aren’t naturally good at this—we’re usually too busy thinking about what we’re going to say next—so it takes some determination and practice. To make your best contribution to any team, you have to really understand where your teammates are coming from, including not just their strengths, weaknesses, and quirks, but also their goals and aspirations. That means setting aside your own point of view while someone else is talking, so you can really hear what that person is saying. Without that, it’s impossible to be a good collaborator.

Q. What’s the first thing I need to do after I've been promoted, or hired, to manage a team?

A.  It’s always important to lead by example. You can set expectations, and let your team know your standards for performance are high, but if people don’t see you doing what you’re asking from them, it’s hard for them to believe in your competence and character. When [co-author] Kristine was captain of the U.S. women’s team, she won the players’ respect by always showing up first for practice and hustling the hardest during games.

You also have to let people know you want to help them develop their skills. This is particularly true in so many companies today, with so much training and “upskilling” going on. People work harder for leaders who want to help advance their team members' careers.

Q. Many teams now are global, with members scattered around the world. How do you successfully manage a virtual team?

A. There are so many cultural differences in how people see teamwork, and what they expect from teammates. In Germany, showing up on time is imperative, while in Latin America, it isn’t. Teammates in France and the U.K. might take the whole month of August off, which very few Americans do. In China, 360-degree feedback just isn’t done, so you often don’t get honest critiques of your work until it’s too late.

To keep these kinds of differences from damaging your team’s results, it’s essential to get these issues out in the open right at the outset and talk about them. That includes examining your own assumptions about the “right” way to do things.

Q. What can we learn from the U.S. women’s soccer team about teamwork skills and handling conflict?

A.  Any group that works closely together is going to have conflict, so the first thing is to accept it as normal. Beyond that, there are two tactics.

First, keep it private—in the locker room, so to speak, not in public, on social media, or anywhere else “outside the family.” And second, if you have an issue with a teammate, don’t just ignore it and hope it will go away, because that's how resentments fester and grow out of proportion. Do your best to discuss it candidly and calmly. Don’t be aggressive about it, which will just make the other person defensive, but do be assertive and say what’s on your mind.

Q. What’s the best way to convince a job interviewer or hiring manager that you’re a strong team player?

A. Resumes are tricky, because it’s become so much of a cliché to put “team player” on there that hiring managers just ignore it.

So, the best approach is to give as much detail as succinctly as you can. Instead of just writing, “Worked on a cross-functional product development team,” include who else was on the team, how many time zones it covered, which successful products you rolled out on time or ahead of schedule, how much under budget, and anything else that would convey your achievements. Unless you’re in sales, finding ways to quantify your results can be difficult, but it’s important to try, because the more facts and figures you include, the more convincing it will be.

And always be ready to talk in your interviews about one or two examples of times when you played a key role in helping your team achieve its goals.

Developing strong teamwork skills takes time, practice, and patience. It also helps to get good advice along the way. Need some help in that department? Join Monster for free today and start getting weekly emails with expert advice on career development and management skills. Additionally, as a member, you can upload up to five versions of your resume—each tailored to the types of jobs that interest you. Recruiters search Monster every day looking to fill top jobs with qualified candidates, just like you.

Anne Fisher has been writing about career and workplace trends and topics since 1996. She is a columnist for Fortune.com and author of If My Career’s On the Fast Track, Where Do I Get a Road Map?