The truth about people who lie during a job interview

Enhance your credentials without having a Pinocchio moment during an interview—or even worse, after you've gotten the job. 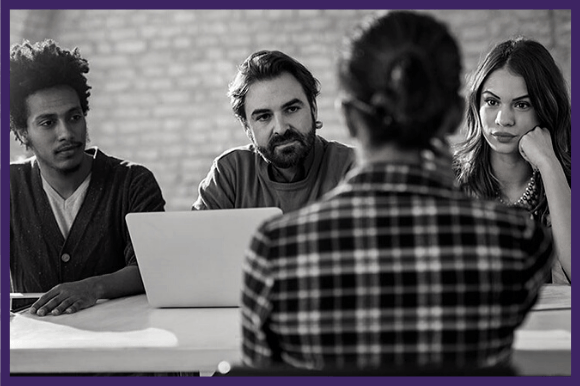 Telling the whole truth about yourself in a job interview may mean losing a position to a better-qualified candidate. But the alternative—lying about your degree, qualifications, or experience for short-term gain—inevitably will come back to haunt you. People who lie during job interviews are risking a lot.

In Monster's Grads to Candidates virtual career panel, Trevor Sherman, senior recruiter for Staples, said lying to a recruiter or hiring manager is a serious risk. “No matter what job you're doing," he says, "if the interviewer gets the feeling or has evidence to show that they can’t trust you, that's it."

Still, there are gray areas in which a small fib—or embellishment—could go a long way toward helping you land a job.

"I'm a pro-fibber," says blogger and consultant Nicole Williams, author of Girl on Top: Your Guide to Turning Dating Rules into Career Success. "At the same time, you have to be aware of the risks and do it very strategically."

Here are six areas in which you can enhance your credentials without having a Pinocchio moment during an interview—or even worse, after you've gotten the job.

Salary exaggeration is the number one choice of people who lie, says Julie Jansen, a career coach and author of I Don't Know What I Want, But I Know It's Not This. "I tell my clients not to embellish their salaries."

Instead, Jansen recommends providing recruiters with the value of your entire compensation package—including salary, vacation and other benefits—and request a percentage increase on top of that amount.

It's OK to stretch the truth about your title, if your actual responsibilities are more demanding than your job title implies, according to workplace columnist and speaker Alexandra Levit.

"A lot of times titles don't tell the whole story," says Levit, author of They Don't Teach Corporate in College: A Twenty-Something's Guide to the Business World. "You might spin your title to reflect what you actually did."

But there's a limit. During Monster's virtual career panel, Meredith Saeger, director of organization development for Jebbit, said new grads and entry-level candidates should definitely not exaggerate their experience. "Right now with COVID-19, you might have had an internship revoked or something like that," she says. "But everybody on our side of things is going to be really empathetic and understanding of the fact that it's an unusual time and that's not going to be held against you." What will be held against you? Trying to spin a yarn. "Honesty is always the best policy, and I think you'll get more support and response to that."

For love of industry

People who lie about their contacts are common, but drop names only if you've actually met or interacted with an industry mover or shaker. "It's a matter of degree—I wouldn't go full tilt and say [someone's] one of my best friends if they're not, because you can be found out," Levit says.

If you were fired or laid off from your last position, be honest about the circumstances if asked. Then try to refocus the conversation on your future. "You should immediately turn [the subject] into a positive by saying you're looking for a new challenge," Levit says.

No time for tears

Even if a position seems a bit of a professional stretch, don't let on that you have any doubts about your ability to get the job done.

"Can you imagine someone saying they're scared?" Williams says. "That may be the truth, but you don't want to hear it in an interview. Get a therapist or get a friend—your potential boss is not your friend."