Why you should take a sabbatical from work

Google employee Rachael O’Meara, author of “Pause: Harnessing the Life-Changing Power of Giving Yourself a Break,” says taking a good look in the mirror can help you plot your next career move. 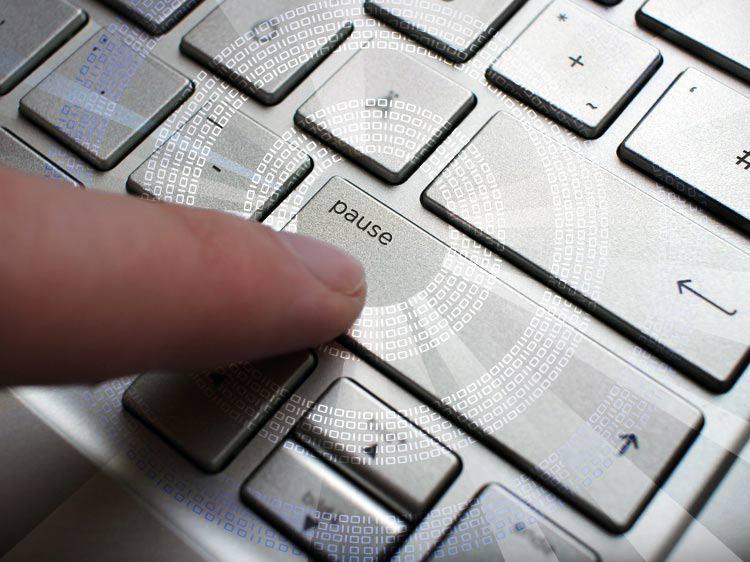 Who wouldn’t immediately fall in love with a job at Google, where slides, go-carts, and scooters make going to work seem more like a day at the park than a day at the office?

When she joined Google six years ago, O’Meara was absolutely miserable in her role as a customer service manager, describing herself as the definition of a corporate burnout.

But rather than giving up and quitting, she paused. To help her focus on what she wanted to do with the rest of her life, O’Meara took advantage of Google’s sabbatical program for employees who want to take unpaid time off to pursue other interests.

Now much happier as a sales executive at Google, O’Meara recounts how she—and others from many different fields—stepped off the daily treadmill and found their dream jobs in her new book Pause: Harnessing the Life-Changing Power of Giving Yourself a Break.

O’Meara also doubles as a certified coach, working with people both inside and outside of the company who are seeking a fresh sense of purpose, which usually starts with avoiding the urge to blindly leap into a new job that might be just as unsatisfying as the last one.

“If you rush into the next thing without pausing, you can easily overlook what you really want,” O’Meara says. “We are creatures of habit, and we love to be busy, which is fine, but it’s often how people miss their true calling.”

Monster recently spoke with O’Meara about why taking a time-out for introspection is crucial, and how to do it right.

Q. Early in the book, you note that there are five clear signs you need a pause. What are they?

A. The first one is you used to love your job and now you loathe it. Then, what kind of performance feedback have you been getting lately? If you always got great reviews and now your boss tells you your work is slipping, that’s a red flag. Third, the more obsessed you are with work, the more unhappy it makes you—especially if you can’t stop constantly checking your digital devices.

The fourth and fifth signs have to do with things you can’t necessarily control. One is any major life event or challenge, like a divorce or a serious illness. Another is a big opportunity that presents itself, either in your current career or outside of it.  If even one of these has shown up for you, congratulations! You’ve just received one of life’s wake-up calls.

Q.  What do you say to people who think they don’t have time to take a pause?

A. Well, [few] global companies offer any kind of sabbatical program, meaning [most] of us have to create pauses for ourselves.

But think about my definition of a pause: It’s any intentional shift in behavior that allows you to experience a mental shift in attitude, thoughts, or emotions that wouldn’t have occurred otherwise.

Pausing can be as simple as a five-minute walk outside, or a day unplugged from technology, or taking 15 minutes each morning to write in a journal. A pause is about creating a space for your inner voice to be heard, so you can align your actions with it.

Q.  Pause goes into detail about how to build one-minute pauses into the day, even 10-second pauses. Do they work?

A. They do! David King Keller, Ph.D., wrote an entire dissertation on the neuroscience of pausing. His work and other research show that even three 10-second pauses each day can lower stress and heighten productivity and alertness.

One of the exercises Keller calls “micro-pauses” is taking six deep breaths. It sounds simple, but six consecutive deep breaths can actually lower your heart rate and calm your autonomic nervous system.

Q. Most people who lose a job look for another one just like it, but Pause says that’s a mistake. Why?

A.  This is critical since a layoff or a firing usually leads to a victim mentality. So yes, there is that urge to rush into the next job to get rid of that feeling. But we’re still who we are, with the same patterns of behavior, and, unless we pause, we tend to keep making the same mistakes over and over again.

A job loss is a chance to think hard about yourself. This isn’t always easy because it can require admitting things you’d rather not admit—maybe you don’t like the field you’re in, or you’re just not that good at it. I realized both during my pause. It’s why I moved from customer service into sales.

The point is, making time to reflect on yourself honestly, even if only for a weekend, will lead, in the long run, to much greater satisfaction and even happiness—and isn’t that why we’re all here?