Before you dress for your next job interview, you’d better read this

The rules on what to wear to interviews are changing. Save your suit for funerals and weddings. 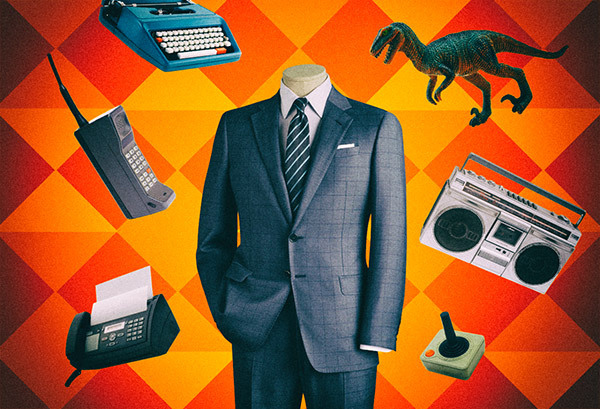 Dress to impress at your job interview.

You’ve survived a few phone screenings, and now the hiring manager is ready to see you in person. Your interview is scheduled (Wednesday, 10 a.m.). You’ve done thorough research on the company, practiced answering the most common interview questions, and figured out some great questions to ask face-to-face. There’s really only one thing left to figure out. Do you know what you should wear to an interview?

You think the answer is pretty simple: A dark, perfectly pressed and tailored suit. That’s what you wore to your last job interview in 2010. It’s what everyone wears to a job interview. Right?

Where desk employees in the pre-2000s would almost always show up to work in ties, khakis, blouses, and heels, you might see employees in those same roles today heading to work in jeans, sneakers, and hooded sweatshirts. And with so many employees, from entry level to senior management, taking the casual approach to workplace attire, the recommended attire in the interview room is changing, too.

“I don’t believe the suit is completely dead—but it is dying, and it’s not a slow death,” says Kalei Carr, who runs a consulting firm in Atlanta that specializes in image and personal branding for women.

Carr, who hosts a podcast titled “Beyond the Business Suit,” notes that the standard “interview uniform” for both men and women—a conservative dark business suit with dress shoes or heels—began to lose favor somewhere between 2008 and 2010.

She pegs the change to the rise of the tech industry. This sector has made a mantra out of being anti-corporate, right down to a culture that encourages jeans and T-shirts. In tech, even the offices aren’t really offices anymore. They’re lofts or other open floor plans, which combine commercial and industrial, at least aesthetically. The idea is to foster a culture of collaboration and camaraderie—and theoretically, comfortable dress will support these notions.

Besides, who wants to play Ping-Pong in a three-piece suit?

Thanks to tech’s influence, most other industries have been going more casual, and so the idea of a job candidate arriving for an interview in formal attire can seem like kind of a disconnect.

So if not a power suit, what should you wear to an interview that's still considered professional? “I’m seeing women opt for things like a dress and blazer, or a pencil skirt, blouse, and blazer over the traditional matching business suit now,” Carr says.

When men are considering what to wear to a job interview, they now more commonly wearing blazers and button down shirts to interviews and sometimes—gasp—they’re entering interview rooms without ties!

But what you should wear to your job interview really depends on the job you’re applying for, the company culture, and the industry at large.

Kim Zoller, CEO of Image Dynamics, a Dallas-based company that coaches executives on image, tells a story of working with Vans, a shoe and clothing company made popular by skateboarding culture of the 1990s. Zoller, said she was told in advance of a meeting with Vans bosses—a de facto job interview—not to wear a suit.

“You have to know your audience,” Zoller says. “We were told, ‘If you come in wearing a suit, they’re going to think you don’t know who they are.’”

Zoller and Carr agree that the best policy is to dress for the interview at least one notch more formally than the people who already work for the company. (Once you get the job, you can let your hair down, Carr says). If you’re unsure how people at the company dress, feel free to ask the recruiter or manager you’ve been in contact with. They’ll probably appreciate your initiative.

While Carr thinks a suit is rarely necessary today (only for industries like law, finance, or government), Zoller’s take is that a suit can be OK. You just have to own it, and not get too stiff, she says.

“The days of dark suits, white shirts, and very conservative ties for men are over,” she says. “But that doesn’t mean you can’t spruce it up a bit.”

The suits being made today are cooler, she says, and there are plenty of edgier style choices you could make to even make a simple suit more interesting: a skinny tie, a pocket square, or a shirt with a bold (but tasteful) pattern. Just make sure to keep it professional.

Carr and Zoller note that you you’re going to be judged on “the whole you” in a job interview setting, and this will ultimately include what you wear.

“If an employer has five candidates that are all equally qualified in terms of skill, the employer is going to look at how the individuals present themselves,” Carr says.

“Employers in an interview setting do judge a book by its cover,” adds Zoller. “And many times, they’re not going to read the book if they don’t like the cover.”

Knowing what you should wear to an interview is the easier part of the process. The not-as-easy part? Getting in front of the people doing the hiring. Could your interview skills use some tailoring? Join Monster for free today. As a member, you'll get career advice and job search tips sent right to your inbox. Whether you want to learn how to answer tough interview questions or how to best talk about your specific skill set, we've got you covered—just like a smart-looking suit.