How women in tech are fighting back against gender discrimination 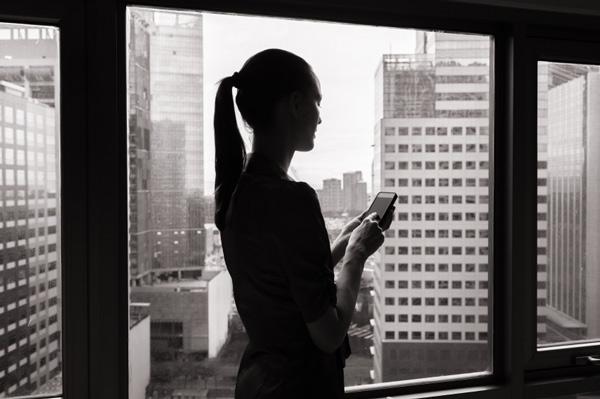 When Erika Trautman was starting out as an entrepreneur in the tech world, she looked to other CEOs for examples of how to approach her work.

“At first, not a single one of those models was female,” says Trautman, now CEO of Boulder, Colorado-based Rapt Media. “And while I learned a lot from my male mentors on how to think about business decisions, I found that I failed when I tried to imitate them directly.”

So she changed tacks, instead taking what she observed from her male colleagues and internalizing it in a way that was true to who she was. “Once I figured that out, I found everything got easier,” she says.

It’s not easy to be a woman in tech. The Center For Talent Innovation recently found that 27% of women in these fields felt their careers were stalled, and 32% said they were likely to quit within a year. The study attributed these feelings to macho workplace culture, feelings of isolation, lack of support from executives and lack of sponsors.

The women we spoke with who work in technology say they’ve frequently been the only women in the room and have experienced more than their share of rude comments. Trautman and others explain what’s helped them to persevere in the face of these challenges.

Find the other women

As CEO of MomCo, an app that helps new moms connect with other moms in their community, Jillian Darlington says she’s found that her gender has often stood in her way of getting financing for her business.

“Not only am I a woman in tech, but our mobile app is also for women,” she says, “so it has been difficult to get funding, since most of the people I have met with have been men.”

Recently, however, she’s changed her approach and started approaching female investors, which she says has helped her get funding.

It can help within a large corporation where you are feeling alone at the table to connect with other women. Even if they’re in other departments, you’ll gain confidence and power in numbers. See if your company offers an affinity group for women, or join an organization such as the Anita Borg Institute or the National Center for Women and Information Technology.

Stand up for yourself

“I've had to become more comfortable with saying, ‘I just said that,’ when a man repeats a thought or idea I had expressed earlier in a meeting,” says Cynthia Yeung, who leads technology partnerships for San Francisco-based hotel app CheckMate.

This challenge, Dezzutti notes, isn’t limited to the tech world. “Women have to have the confidence and willingness to speak up, no matter the industry,” she says.

Women are often shy about promoting their own work, but it may be easier if you talk about what you and your team (since “we” is easier than “I”) have done to benefit the organization.

Be ready for barbs

Sarah Lahav, CEO of SysAid Technologies near Tel Aviv, Israel, says she’s got a weapon to defend against remarks regarding her gender: her sense of humor.

“Deflect gender jabs with a laugh or a smile, and don't let them deter your ambitions and make you feel small,” Lahav says.

Alternatively, you could simply ignore them—and quickly run to someone you trust as a sponsor to uplift you if the remarks reduce your confidence. Or address the situation head on, and tell the person you think their comments are inappropriate. You have to do what feels comfortable to you, but what you should not do is believe what you’re being told.

“As women, we need to push past gender stereotypes to come out victorious on the other side,” says Lahav. “Don't allow someone to prevent you from succeeding simply by saying ‘but you're a woman’.”