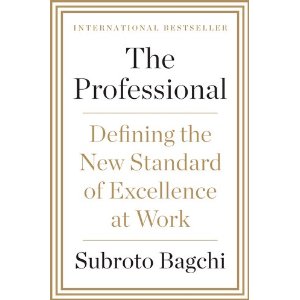 In his new book "The Professional," Subroto Bagchi, the vice chairman and cofounder of MindTree Ltd. and a columnist for "Forbes India," lays out a clear-cut set of criteria that can guide the modern worker in truly and consistently professional behavior. By exploring a variety of professional dilemmas in a broad spectrum of industries, he answers some of the tough questions that workers face.

He also describes ten behaviors that are clearly unprofessional -- his "top ten markers of unprofessional conduct." If you're not sure how to respond to a situation at work, let this list be a guide for what not to do:

1. Missing a Deadline
You know how much you hate it when other people miss their deadlines to you. Bagchi says you should keep this feeling in mind when it comes to your own deadlines.

2. Failing to Be Forthright
Bagchi points out that missed deadlines -- whether due to poor estimation of how much time it will take to get a job done or due to unavoidable circumstances -- usually "announce their arrival in advance," but that people ignore warning signs (or hope the problem will solve itself.)

"If communicated proactively to the right person," Bagchi says, "most problems not only get addressed, but they can also be converted into an opportunity."

He also advises delivering bad news in person (or at least via telephone).

3. Withholding Information
Bagchi describes not disclosing conflicts of interest as one area where this is likely to happen.

4. Not Respecting Privacy of Information
"Consent should never be assumed," says Bagchi. "However close and long-standing the relationship may be, consent has to be formally sought and formally recorded each time there is a transaction."

5. Not Respecting "Need to Know"
Here, Bagchi uses the example of spouses who work and says, "It is important to avoid what is known as 'pillow talk' -- sharing official informaiton at home."

6. Plagiarizing
Bagchi outlines three steps for citing sources: "state why you have chosen to pull ... [the] information, acknowledge the source and, most important, state your own reasoned conclusion."

7. Passing the Blame
"Just as we say a poor workman blames his tools," Bagchi says, "a bad professional blames his associates."

8. Overstating Qualifications and Experience
"Unfortunately," says Bagchi, "job seekers sometimes trivialize the difference between exposure and expertise when it comes to writing resumes.... I have often received resumes of young engineers who have done just an internship of short duration in an organization, but who claimed to have designed an entire enterprise application while being there."

"While it may be easy to bluff one's way into a job or assignment, it becomes a complete loss of face at the time of execution and leaves a bad taste in everyone's mouth," he adds.

9. Frequently Changing Jobs
Of course, not all job changes are voluntary, but Bagchi objects to "mindless job changes." He says, "Failed job changes have as much to do with the individual as with the organization, and ... people who pass off the blame simply demonstrate an opportunistic mind-set."

10. Not Taking Care of Your Appearance
"Your attire must inspire credibility," says Bagchi. He adds that it should follow written (and unwritten) rules for your organization and profession, and that dressing in a way that distracts is not a good idea.

Portions excerpted from "The Professinal: Defining the New Standard of Excellence at Work," by Subroto Bagchi, by arrangement with Portfolio, a member of Penguin Group (USA), Inc., Copyright (c) Subroto Bagchi, 2011.