3 smart reasons why millennials should move for a new job

Money isn’t necessarily the only motivator for a move. 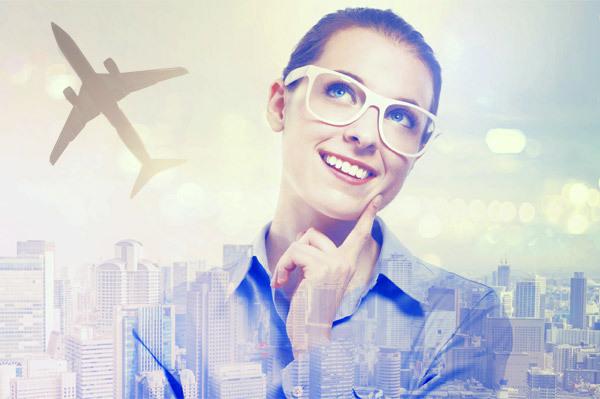 “Opportunity city.” Rings a bell, doesn’t it? For millennials, opportunity has meant a massive shift to major cities for work,—about a million cross state lines each year—and it makes perfect sense. Some move to urban hubs with great work-life balance, some to places where the commute is favorable and others to areas where job creation is thriving.

Plus, many of today’s fastest-growing jobs in health care and technology, such as computer programmers, physician assistants and biomedical engineers, are available in these big cities—New York, San Francisco and Austin to name just three.

But what’s the incentive to make the move—and more importantly, what makes the move worth it? We had career experts and millennials weigh in.

Move for money and culture

Let’s be real: Those student loans aren’t going to pay themselves. And with the class of 2015 earning the title as the most indebted ever, with steep student loan debt amounting to $35,000, financial stability is key.

Jonathan Deesing, a relocation specialist at iMove, an online moving company community, cites money and culture as the main motivators for millennials choosing to move.

“What we’ve found in our moving data is that young professionals value not only being paid well but they also closely consider the company they’re working for,” he says. “Benefits, a notable culture and a mission they can believe in can all incentivize a millennial to move for work.”

San Francisco, in particular, has been a hotbed for millennials in the past few decades, growing along with the burgeoning technology scene. “It is common to have been in San Francisco for under a year and expected that you've just arrived within the past three years,” says Leeyen Rogers, vice president of marketing for JotForm, an online form building company located in San Francisco. Rogers, a millennial herself, lists the top incentives: “Tons of career opportunities, thousands of companies looking to hire, higher salaries and a world-class city.”

Move to a city that can support your business

A Bentley University survey revealed that 66% of millennials want to start their own business. But to do so, they want to live somewhere that can sustain and support that business. Jon Mertz, owner of online career development community Thin Difference, a site dedicated to millennial leaders, recognizes this trend.

"With this entrepreneurial path, cities that deliver a community of support will attract millennials,” he says. “Incubators, co-working spaces, supportive networks and learning opportunities are very important for cities to build and support to draw this next generation in."

Move for the sense of adventure

Sometimes, millennials move just because they can—they have fewer family obligations than older generations and aren’t ready to settle down. For Elizabeth Becker, client partner at PROTECH, a staffing firm in Boca Raton, Florida, the option to telecommute and a sense of adventure lured her to move to Charlotte, North Carolina.

“I don't have any family or reason to have moved, I simply thought that the city and the surrounding area seemed like a beautiful place to spend the next three to five years,” she says. “My incentive was to explore and learn about a new city and way of life.”

Before you make a decision to move, consider all your options. Of course, moving for a job when you already have one is easier than starting cold in foreign terrain.

Just remember: Life’s an adventure. Don’t let the thought of unfamiliar territory dissuade you from taking a leap and pursuing your dream job.