5 career lessons we can learn from Tom Brady

The 12-time Pro Bowler embodies passion, grit, drive—qualities to strive for in the workplace and in your career. 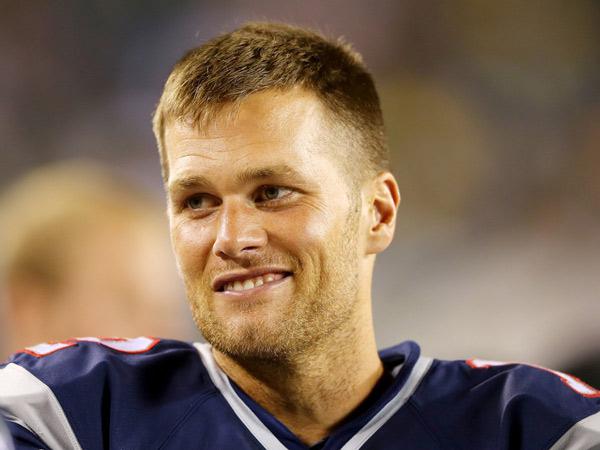 Tom Brady is king. Everyone else is just living in his kingdom. He’s a winner, finding more success in his career than most could dream of experiencing in any profession, including the latest iteration—a Super Bowl victory over the Atlanta Falcons that featured the single greatest comeback in the 51-year history of the big game. And yet, Brady is humble, a team player and wants to play forever.

What can we mortals learn from Tom Terrific? A lot.

Full disclosure: I’m in love with Tom Brady, but to be fair, it’s pretty hard not to be. Here are five career lessons we can all learn from Brady that'll help us become better leaders and team players.

In 2001, Patriots quarterback Drew Bledsoe went down in the second game of the season with a brutal injury, allowing a young Tom Brady to fill in the starting quarterback position. A number one overall pick in 1993, Bledsoe was a four-time Pro Bowler with a great arm. He had been the face of the Patriots’ franchise for years. These were no small cleats to fill.

How did Brady respond? He led the Pats that year to their first Super Bowl victory in franchise history. Then he won three more Super Bowls (to date).

Determination and solid work ethic are fundamentals to success on the field and in achieving your career goals. Don't be afraid to dream big.

2. Hard Work and Humility Are a Killer Combination

Professional athletes aren’t exactly known for being modest—ultra rich and successful ones especially. Former NFL wide receiver Terrell Owens once sought trademark protection by applying for rights to the phrase "I love me some me.”

Brady breaks the mold. Sometimes you just want him to admit to being perfect. “I’m dating a supermodel,” he’d say. “I have more money than I know what to do with and I’m the best quarterback ever in the history of the most popular professional sport in the country.” But he doesn’t say such things. He’s probably reading aloud to his three children right now.

Ask non-New Englanders. They hate Brady so much because he’s so hard to hate. It’s this ultimate paradox that makes him even more legendary. Damn you, Tom! Say something stupid!

It's hard work and humility that earn respect whether you're a corporate hotshot or an entry-level employee. It's all about leading by example. Qualities like these are infectious and co-workers will want to be on your team.

I’ve lost count how many times Brady has deflected the question about whether he thinks he’s the greatest quarterback of all time, while citing the hard work of his teammates, coaching staff and entire organization.

Brady’s latest move was bestowing teammate Malcolm Butler the brand new truck he was awarded for winning Super Bowl MVP. Butler, a rookie cornerback, saved the game and season with his first career interception. Brady could be seen on the sideline jumping for joy when Butler picked off opposing QB Russell Wilson’s pass. "I would love to give him the truck," Brady said on WEEI's Dennis and Callahan Show. “I would love to do that. I'm going to figure out how to make that work," he said.

Hey Tom, I was yelling as loud as I could at the TV. Can I have a truck, too?

Showing gratitude and appreciation for team players is what builds camaraderie on the field and in the office. Kind gestures go a long way.

Over the last few years, Brady has made it clear that he has no intentions of hanging up his cleats anytime soon. First he said he wanted to play until he was 40. Now at 37, he’s said he’d play until 50 if his body let him. And apparently he tells teammates he wants to play forever.

The guy loves his job. He wants to play professional football for as along as he can. I’d take a 75-year-old Brady over half the league’s QB’s.

Passion and drive are crucial to our happiness. Whether it's your dream job or making your passion work elsewhere, make sure it takes priority.

5. A Change Is Gonna Come

Ancient Greek philosopher Heraclitus was right: everything changes and nothing remains still. And few people have to adjust to as much change around them as Brady has in his career. Year after year, players come and go, sometimes in the middle of the season.

According to the latest employee tenure report from the Bureau of Labor Statistics, “The median number of years that wage and salary workers had been with their current employer was 4.6 years in January 2014, unchanged from January 2012.”

The sooner you get used to change — embrace change and work with what you’ve got — the sooner you’ll find success. Find your talent and be willing to step into a leadership role to make others better at what they do.

Monster Wants to Know: What are other positive qualities you could take away from Brady that could help teamwork in your workplace? Share with us in the comment section.