Keep a close eye on these so you better your chances of getting that job. 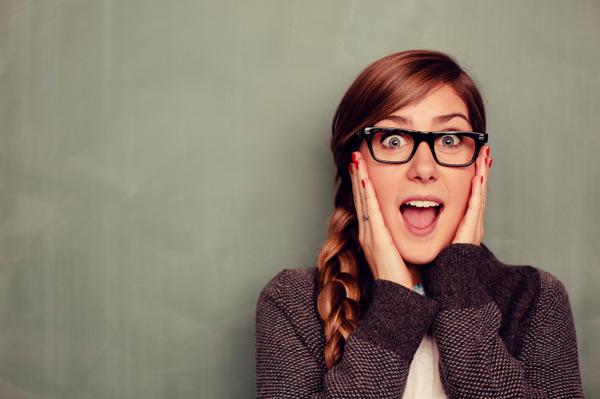 You wouldn’t buy a car without testing it out first—at least we hope not, but that’s another story. Internships are the test drive employers need before they seal the deal—so interns, this is your shot to show you’re a worthy hire. Do it well and you could be part of the nearly 52% of interns offered full-time jobs, according to research by the National Association of Colleges and Employers (NACE).

“Being an intern is the most effective way to interview for a company,” says Katie Radford, talent and culture manager at DoSomething.org in New York, where a quarter of the staff is former interns. “You really get an opportunity to show what you are capable of and what value you bring to the table.”

Career experts and past interns say there are a few key mistakes interns often make that cost them job offers. No, we’re not talking about ordering a latte when someone asked for a cappuccino. You may not even know you’re making these mistakes.

Mistake #1: You’re not being proactive

Don’t assume your boss knows you want a full-time job. For all they know, maybe you’re just looking for credits for college. “Have a conversation with your manager about what kind of work, improvement or key accomplishments would help at securing a role full-time,” suggests Radford.

It’s best to have this conversation early on so you can set the tone for your internship. You want your boss to take an interest in your potential, track your success and measure your value come time to discuss what’s next. Meghan Kaltenbach, 24, art department assistant at Horizon Scripted Television in Los Angeles, went from intern to full-time hire and advises to bring your A-game with every single assignment if you want to get hired.

If you’re presenting yourself as a capable future employee, asking for feedback could be monumental in reaching this goal.

“After you complete an assignment, circle back to your boss to see what, if anything, you could have done better,” suggests Elizabeth Atcheson, founder of Blue Bridge, a career counseling practice in Seattle. “Asking for feedback sends a strong signal that you want professional growth and allows you to obtain the guidance you need to take on more responsibility and eventually snag a job offer.”

Mistake #3: You’re not speaking up

If you’re part of a team of interns, don’t become known as the quiet one who doesn’t contribute.

“You should also be finding ways to be useful on your own, and bring something new to the table,” suggests Kaltenbach. “If you notice a way work could be done more efficiently, contribute your ideas. That's what makes you a good hire and shows your employer that you aren't just there to get college credit.”

Mistake #4: You’re not being professional

Radford says one of the biggest mistakes interns make is having a lack of professionalism and self-awareness. It’s easy to become comfortable—and at times too comfortable—with fellow interns and employees around your age. Whether it’s the jokes you’re making or the social tools you’re using, be mindful of the professional environment you’re in and how perception plays into the hiring process.

“For some interns, this is their first or second time in a professional setting, but inappropriate or ineffective office behavior is an automatic red flag from the employers’ perspective,” says Radford. “Companies want people who are self-aware and who can respond to feedback.”

Mistake #5: You’re not taking initiative to work on other projects

When you finish an assignment, don’t just sit back and wait for the next one. Take initiative and look to help out other people in the office.

“Try to become that person on the staff who asks questions like, “Do you need a hand with that?” and “How can I help out on this project?’” says Atcheson. “If you’re liked in your workplace, your chances of converting an internship to a job offer are much higher.”

If your manager is the only one that knows you are a superstar, that's not enough. Make sure you and your work get in front of other key players at the company.