These red flags are getting in the way of your promotion as you try to climb the corporate ladder. 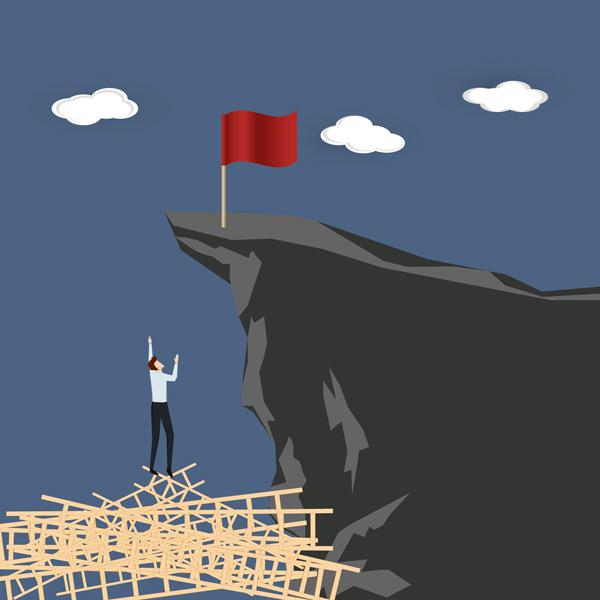 A position opens up at work. For you, the vacant spot has the moneyed scent of promotion. Word of the gig makes its way throughout the office and you know, in the pit of your stomach, you won’t be the only one throwing your hat in the ring for the new title. Hoping to stand out from the crowd, you storm into your boss’s office, and like Tom Cruise in "Jerry Maguire," demand, “SHOW ME THE MONEY!” You wait, patiently yet breathlessly, to have your new title and the perks that come with it bestowed unto you. This just has to work.

Yeah, no. It won’t work. You didn’t need us to tell you that. But the thing is, there are still mistakes you might be making when asking for a promotion — with or without knowing — that could hurt your odds of winning the position. Are they all as obvious as screaming dated pop culture references in your boss’s face? Of course not. But that’s kind of the point.

Here are five mistakes you may be making that aren’t doing you any favors as you try to climb the corporate ladder.

1. You assume your work speaks for itself (even if it does).

You may very well be the most qualified for the promotion and we all know asking for it can be a tricky subject to navigate. So it would be easy to just allow your work to do the talking. Fight the urge. Show some initiative and let your intentions be known. Otherwise, you may be giving off the impression that you’re content excelling in the environment you’ve grown comfortable in or that you don’t have long-term aspirations with the company.

2. You’re overly bombastic about it.

This mistake is on the opposite end of the spectrum from the first one. This is you (channeling Tom Cruise as abovementioned) letting your more arrogant side out and speaking with your superiors as if it’s a foregone conclusion that you’ll be awarded the promotion. The key is to vocalize your interest with confidence matched equally with respect for the hiring process.

3. You try to appeal to your employer’s emotions.

Argumentum ad passiones (or appeal to emotion) is a logical fallacy in which the speaker aims to manipulate the listener’s emotions rather than provide facts in order to win an argument. Politicians do it all the time. You might do this by trying to tell your boss you could really use the raise because your rent is being raised or you’re trying to pay for a wedding. Not only is this method tacky and unprofessional, it ignores the fact that at the core of the decision, the company is trying to run a business and your personal life is secondary.

You’ve been there for a year and six months. You both perform similar jobs at a comparatively stellar level and you both want the same promotion. It can be tempting to raise the issue of your having been there for longer but you should leave that stone unturned. Even if it does play a factor in your boss’s decision, you can rest assured that he or she is well aware of how long each of you have been there. To bring it up sends a message that you’re desperate and looking for something other than the merit of your own work to send you over the top.

5. Going for it simply because it’s a promotion.

If you’re unhappy with your current gig, you can’t assume that a promotion will solve all of your problems. Before you enter the race, develop a thorough understanding of the position and really reflect on whether it’s a right fit for you. Yes, it’s an investment the company is making in you but it’s also an investment you’re making with your time and energy (possibly more of each, given the increased responsibilities that may come with being promoted).