Thinking about calling it quits? Consider these first. 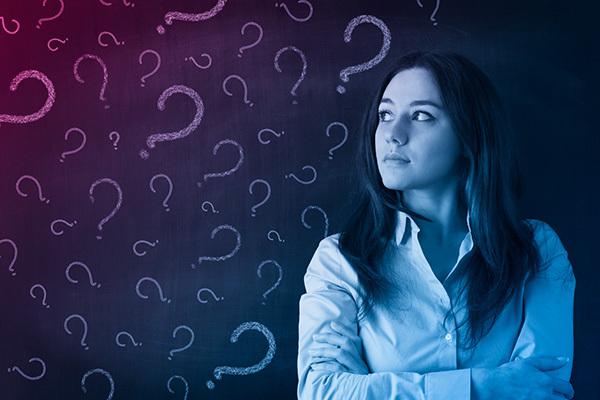 You graduated. Check. You got a job. Check. But now things aren’t panning out as great as you’d hoped. So you think you might start looking for an exit hatch (a.k.a. a better job).

On the other hand, it’s scary out there, and you are probably afraid that making a move too soon in your career could make you look like a stereotypical job-hopping millennial. That’s normal. Especially early in your career, “there’s fear of the unknown,” says Mimi Darmstadter, career transition coach and HR consultant. “When you leave your job—no matter what the reason is—you’re still relatively unfamiliar with navigating the job market.”

We went to some ace career experts for their advice on what questions to ask yourself to make your decision a little bit easier.

“Am I leaving too soon?”

Becoming a job hopper could make future employers question your loyalty. “You don’t want your resume to look like a graveyard of trial and error,” says millennial career and business coach Ashley Stahl.

Ideally, you stay at your first job for at least two to three years, says career counselor Robin Ryan, author of 60 Seconds & You’re Hired! Of course, there are exceptions.

What’s most important: “Your reason for leaving—whether it’s six months or six years into the job—needs to be informed,” says Darmstadter. You’ll need to have a compelling narrative to explain to future hiring managers why you left so soon. Rather than take a negative approach—“I hated my boss”—give your reasoning a positive spin—“I got a job offer to do something I’ve been dreaming of doing all my life.”

“Am I leaving for the right reason?”

Think critically about what’s eating at you before looking for a new job. “Work is called work for a reason,” says Stahl. “It’s not a 24/7 pleasure cruise. You don’t need to love every aspect of your job.”

Determine the root of your stress. If your boss is a drill sergeant, we don’t blame you for looking for a way out.

If work is taking a physical toll—research shows job stress can cause sleep problems, anxiety, and depression—and you’ve tried but failed to reduce your stress level, changing companies may be the solution. “Your body is the best barometer you have of determining whether you’re happy at your job,” says career and executive coach Rebecca Zucker.

On the other hand, if it’s the culmination of a big project that’s weighing you down, you might find that by sticking it out you’ll be in a better place at the same job soon.

“Is the company doing well financially?”

If business is booming, a lump-sum raise or plum promotion may be around the corner. But if profit margins are down, bonuses are slim and there’s a hiring freeze, pack your bags. “You don’t want to go down with the ship,” says Ryan.

“Do I still have room to grow here?”

If you’re continuing to learn and developing skills that will make you more marketable to future employers, that’s reason to stay, says career coach Olivia Gamber, author of The Career Upgrade Roadmap: 90 Days to a Better Job and a Better Life. But don’t expect to be handed more responsibility.

Take ownership of your career growth by asking the boss to put you on projects that are outside of your comfort zone. In addition, “do things that aren’t directly tied to your job but still teach you new skills,” such as volunteering on company committees, helping oversee the intern pool and taking outside training courses, Darmstadter advises.

Assuming you’re a top performer, your salary should reflect your hard work, but be reasonable. “Don’t expect a raise or promotion within your first 12 months on the job,” says Darmstadter. However, if within three years you haven’t received a salary bump—and you don’t see one in the immediate future—pursue other employment opportunities, recommends Stahl.

The exception: “If a co-worker leaves and you take on that person’s workload but aren’t given some kind of financial compensation, that’s a potential reason to leave,” says Stahl.

“Is this company a good cultural fit for me?”

Where some people thrive, others falter; your office environment may not match your work style. “Certain people don’t operate well in small companies and startups because they’re not comfortable with rapid change,” says Gamber.

Moreover, if you value collaboration and you’re working in a competitive and cutthroat environment, the job may not be the right fit.

“Is my boss holding me back?”

If you clash with the boss, you’re not alone: a 2015 Gallup poll of 7,200 adults found that roughly half had left a job at some point “to get away from their manager.” But don’t make a brash decision to leave—first, try adapting to your boss’ management style.

Can’t work things out? Before heading to a new employer, look into making a lateral move at the company. “Sometimes working for a different manager in another department is the right play,” says Ryan. If you decide to leave the company, follow the sacred rule of any job resignation: don’t burn bridges.