You don't have to run for office to land a great job in the political space. 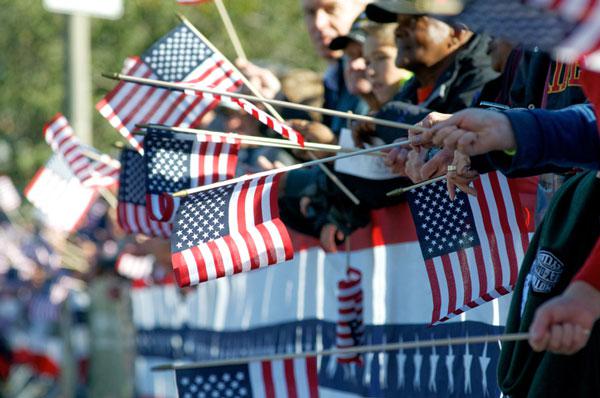 Do you want to be around the big decisions and drama of the political arena without running for office yourself? It turns out that you have a number of job possibilities -- many of which can be quite lucrative.

“There’s always the most need in the lowest-level campaigns,” says political strategist Alex Hays. “The hours will be long [and] the pay will be terrible, but the prospects for advancement are great.” Hays began as a volunteer on some political campaigns in his hometown of Olympia, Washington, when he was in high school. Now he manages or consults for multiple campaigns at a time.

Beyond the campaign trail, job opportunities exist in security, advocacy and more. The following behind-the-scenes political science jobs all pay more than $70,000 per year for top performers, and should keep you close to the action.

The best-paid job on the list is one of the toughest to get full time. Hays says these coveted speechwriter positions exist only on presidential campaigns or on campaigns for senior public officials.

“A governor might have a speechwriter who is also their press secretary,” he says. “To be a wholly specialized speechwriter you have to be part of a big shop.”

Give them a cause and they’ll take it to the decision makers. Lobbyists need to be excellent networkers and persuasive speakers. They stay in the middle of the mix and make deals happen for the causes, industries or groups they represent.

“As a lobbyist, you present an argument like any citizen could,” says Hays. “But, [decision makers] are more likely to listen to you because you have an established relationship and you've been a reliable source of information in the past.”

Campaign managers make sure their candidates’ campaigns run smoothly. They write press releases, find venues for speeches, conduct polls, prepare candidates for interviews and more. Many manage a staff if the campaign is large enough to need one.

The job title is used even for the very smallest campaign, such as city council -- where pay is about $1,000 a month -- all the way up to a presidential campaign, Hays says. Regardless of the scale of the campaign, “the skill set is still the same -- copywriting, research, coordinating events, knowing the opposition, etc,” he says.

Here’s a job that lets you dig for dirt -- not in the ground, but in people’s personal histories. These professionals typically work for government agencies performing background checks to determine if proposed new hires can gain certain security clearances.

“We do criminal history, drug use, financial history,” says TaMara Baker, personnel security specialist at the Department of Justice’s US Attorneys office in Washington, DC. “We talk to your neighbors, your friends. We’ll go back 10 years into your life. If you went to a psychiatrist, we make sure you are fit [for the job]. [We] check what meds you’re taking.”

This is another job found on small campaigns that Hays says can give a newcomer plenty of experience quickly. Hays advises anyone in this role to “always tell the truth, be accessible and be intellectually honest.”

He says the job especially suits those with a communications degree or experience on their school debate team. And when you’re ready to move on, you can take a corporate job that pays more with fewer hours, Hays says.

“What I love the most about my job is the opportunity to shape and influence public opinion,” says Jim Key, chief public affairs officer for the L.A. Gay & Lesbian Center.

Here’s a gig for the person who likes to research, think hard and affect change. Policy analysts collect data and review current government policies, then suggest changes or new approaches based on their analyses.

They’re rarely employed on the campaign trail. “Large campaigns will have advisors who are experts in the field, but actual policy analysts will be part of government,” Hays says.

Source: All salary data provided by online salary database PayScale.com. Salaries listed are for full-time workers with five to eight years of experience who are in the 75th percentile of pay.

Most Recent Jobs in Politics