Why so many execs love short-term c-suite gigs

For some executives, that top spot is only a short-term situation. And for many of them, that’s just fine. 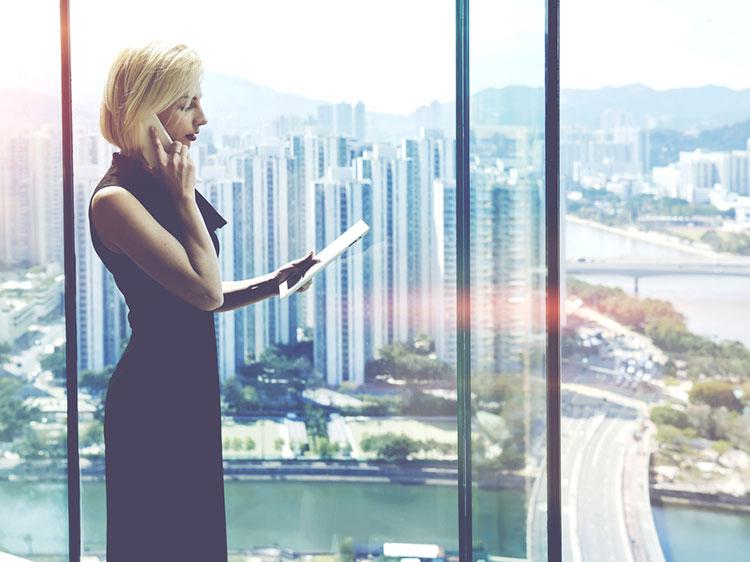 Sometimes, it pays to take a short-term c-suite position.

Charlotte Brown left a full-time corporate role in London in 2013. Since then, she’s hired herself out on a project basis at the higher levels—as a CEO, vice president, or chief strategist, for instance—and hasn’t looked back.

She moved from London to Miami, and then to Chicago, and now resides in Hawaii.

“Working in a full-time role wouldn’t allow me to continue learning and traveling to the same extent,” says Brown, 32, who offers her services at Adelie Ventures.

“I wanted the flexibility of being able to work for different clients.”

Brown is just one example of an interim executive—a senior-level employee taking a series of shorter-term gigs instead of accepting one job with a steadier paycheck.

“Certainly, as a trend line, it’s increasing, in terms of the number of executives that are choosing to work this way,” says Mike Harris, President and CEO of Patina Solutions, an interim executive placement firm.

And as the gig economy in the U.S. continues to grow, it’s fair to assume that temporary executive spots will be an increasingly available option for upper-level workers.

Who’s looking for an interim role?

Some people are at the vice president level, hoping to transition into a C-level position and looking for real-life experience.

Some people are seasoned, C-level executives—usually CIO, CMO, COO or CFO—looking to transition into a twilight career before retirement but still hoping to make a positive impact.

And some people are just looking for more flexibility in their upper-level roles—more diversity, more ability to travel.

“They’re usually seasoned CMOs in a long-term role that then transition to all-interim, because they like the flexibility and the variety,” Boggs says.

For Gina Lepore, who’s been working as an interim COO for the last year, the advantages include a work environment that’s constantly changing. “I like the thrill of doing something different and taking on challenges that on the surface appear difficult,” says Lepore, who works in the New York City area.

Some firms hire interim executives to fill a position until they’re able to hire someone more permanent.

A company might lose—voluntarily or involuntarily—their CFO or vice president of sales, and because it takes six to nine months to find the right replacement, they need someone in the short-term.

Other firms hire temporary help for a temporary need—either part-time for a particular skill or for a finite company project.

“It’s a great way to get the expertise you need, the bandwidth you need without risking a $300,000 hire,” McAlister says.

It may be that a startup needs a CMO during their pre-launch days, or a strategist during times of high-growth. Or a company might be preparing for a merger or acquisition, and they need a CFO to get their books in order, or a high-level leader to drive them through the transition.

“They need that C-level brain, but not forever,” Boggs says.

In general, the pay for temp executive jobs is commensurate with what you’d get for a similar full-time position.

However, there are fewer benefits—and not just in terms of health insurance and a 401(k).

“You don’t necessarily get relocation fees, or any kind of signing bonus, things like that,” Boggs says.

“But the hourly rate tends to be on par or slightly higher because it’s a short-term role.”

How do you get that gig?

Executives searching for short-term work can do it on their own, or via an agency that matches employers with executive temps.

Although many employees sell themselves as generalists, McAlister recommends that workers find a niche instead.

“Don’t try and be all things to all people,” she says. “What impact can you make for a company? Spell it out. Make it as clear as possible, so that when a situation comes up, you’re the one I think of.”

It’s also a good idea to start building your network before you jump ship. “Try to secure a couple of assignments prior to officially transitioning,” McAlister says.

Last, if you’re seeking a shorter-term role after leaving a full-time position, be clear about your reasoning in your cover letter or resume. Otherwise, “it can look like you were fired or weren’t performing well,” Boggs says. “Answer the question of why you’re interested in a role right up front.”

Does short-term turn into full-time?

Occasionally, a temporary spot turns into a permanent one, but it’s not the rule. “About 10 percent of the time, we put someone on a project and the client falls in love with the person and says, ‘This is a really good fit,’” Harris says.

But career interim executives tend to engage in something of an ebb and flow.

They might do interim work for a few years, then they do an assignment with a firm that turns into a full-time position. Then that company is sold, and that executive goes back to shorter-term work.

“An executive career now isn’t black and white,” McAlister says. “It’s not, ‘I’m a corporate executive’ or ‘I’m a consultant.’ They have a lot more choice on what type of work they do and how they do it.”

How do you market yourself as a temporary exec?

The first place to start is your resume.

If you’re not confident that your resume is up for the job of positioning you as an exec-for-hire, Monster has professional resume writers who can work with you on a one-on-one basis to get it to where it needs to be.

Also, if you join Monster, you can upload up to five versions of your resume, so you’ll be armed with whatever you need, depending on what kind of opportunity arises.