Network at your new job

Making internal connections at your new company is key to maintaining the upward trajectory of your career. Learn how to network at work. 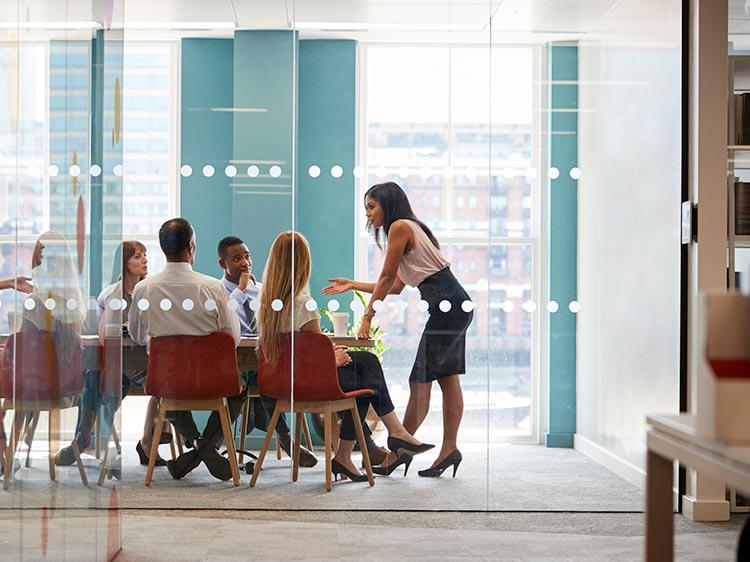 After you’ve successfully completed a job search, shouldn’t professional networking be the last thing on your mind? Not so, say networking experts.

In fact, internal networking, right from the beginning, is key to maintaining the upward trajectory of your career. Here’s how to successfully launch your networking campaign at a new job.

Why network from the start?

“When you start in a job, you’re going to be judged early, and you want to be judged as someone who makes things happen,” says Richard Moran, a partner at venture capital firm Venrock Associates. Introducing yourself to coworkers in a wide range of roles is a good way to begin.

So networking is important from the get-go. But given your newbie status, your internal networking should be carefully calibrated. Soon after you start a job, “you’ve got to increase your visibility, but without being pompous,” says Bill Behn, managing director for financial staffing firm SolomonEdwardsGroup.

Whom to network with

Even early on, your network needs to go beyond the folks in adjoining cubes—without embracing everyone on the payroll. But where to begin?

“Start your networking with people who started the same job you have about a year ago, because they’ll tell you what you’re going to be measured on,” advises Moran.

After that, says Gayle Lantz, president of consulting firm WorkMatters Inc., “ask your boss who the most important people are for you to meet.”

Next, seek out people with more clout, Moran says. “Organizations have samurai who are out there doing the big stuff every day, and you have to figure out who they are and whether you can become one,” he adds.

How to make internal networking happen

When you’re new on the job, you want to make a lot of contacts fairly quickly while also building your reputation as a hard worker. “You don’t want to be the person who’s hanging out at everyone’s cubicle,” says Brendan Courtney, a senior vice president at staffing firm Spherion. “You want to take advantage of those opportunities that happen during lunch or while you’re getting coffee.”

When you’re asking for more substantial advice, be mindful of your colleagues’ full schedules. “Breakfast, before the workday starts, is a good time to pick people’s brains,” Courtney suggests.

Cast your network across the company

It’s also important to extend your network beyond your department or division.

“There’s a body of research that says that your weaker ties get you jobs; your stronger ties are mostly to people who already know each other,” says Jeanne Hurlbert, president of Optinet Resources LLC and a professor of sociology at Louisiana State University. “Strong ties can have positive payoffs in terms of promotion.”

So look for opportunities to branch out. “Volunteer to serve on a cross-functional team,” advises Lantz. “Meeting regularly with people from other departments is an ideal way to network and learn about other aspects of the business.”

A mentor can supercharge your networking

Especially when you’re a rookie, a mentor can be a great help in extending the upward reach of your internal network.

“There are usually three or four people who set the tone of the company’s value system,” says Courtney. “It’s good to have one of them as your mentor; someone who can help prepare you for your next step in the organization.”

But, Courtney cautions, do tread carefully when choosing a mentor. “If you’re creating a mentor relationship outside your immediate manager, you have to let your manager know,” he says.

Relax and let your network work

Finally, most of your internal networking efforts should be low-key and informal. “If you set up too many meetings too early, people will think, ‘What does this guy want from me?’” says Behn.

And although networking is important, many other priorities will compete for your attention in the beginning. Says Moran: “You don’t have to start networking before lunch on your first day.”