How to win at office politics without selling your soul

You’d like to think you can succeed in the workplace purely on your merits. In some offices you can, but in many others, you must know how to play the game. 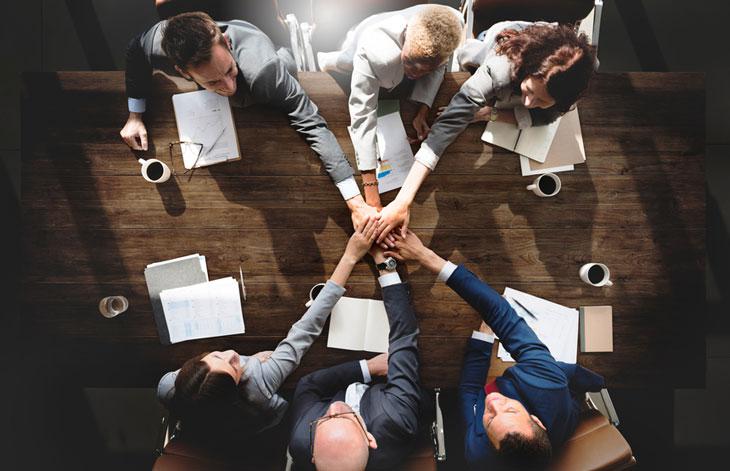 Take the high road toward your own career advancement.

You’ve probably heard it said that in order to succeed in some careers, you have to “play the game.” In other words, you have to learn to navigate office politics. While that may be true to an extent, it doesn’t mean you have to put aside your morals and ethics and play dirty in order to climb the corporate ladder.

Instead, it’s more about understanding the dynamics of your organization so you can take the high road toward your own advancement.

“Politics exist in every organization regardless of size; it’s a matter of degrees,” says Christopher K. Lee, founder of and career consultant with PurposeRedeemed.com, which is committed to reshaping cultural perceptions of work. It may be more evident in mid-to-large companies, however, because there are more people competing for resources or visibility.

While there’s nothing wrong with a little friendly competition between colleagues, being drawn into intense political posturing can compromise your values and be bad for the company. This is how to navigate these tricky waters without getting in over your head.

“Office politics comes in many forms, but it’s always people vying for more power, more prestige, and more money,” says Joshua Evans, founder and CEO of Culture Consulting Associates, based in Houston. Sometimes people feel justified or rational in their behavior because they believe it will be best for the organization, he adds, but ultimately, company politics breeds distrust and suspicion throughout the organization. “This stifles innovation and collaboration, which will destroy a company’s growth plans,” he says.

Here are a couple of scenarios that illustrate office politics in action:

There’s an obvious “cool kids” club. In some companies, there are in-groups and outgroups, departments that the boss favors over others, says Lee. “When a non-favored [outgroup] employee proposes an idea, it is dismissed without much thought. However, whenever the boss’ favorite [in-group] employee suggests something—even if it’s very similar—it is taken into consideration and researched further,” he explains.

People try to form alliances. Another sign of office politics at play is when someone provides an opinion about something office related and then tries to make it your opinion, too, says Evans. It would sound something like “You know Alice is a really good employee, but I think Jen would make a better manager. Don’t you think?”

There’s a lot of sucking up and undercutting going on. Evans recalls a situation from his own career in which he was working with a client that had two independent operations teams each headed by strong-willed managers. Discussions began about purchasing the building next door for expansion. This is when the office politics came into full swing. “As an organizational consultant, it was well known within the organization that I make suggestions and provide advice for the company’s direction. Once word spread about the possible expansion, the two operations managers began approaching me. It was blatantly obvious that each manager wanted the new facility and they saw me as an opportunity to influence upper management decisions,” says Evans. One of them even suggested that the other manager would squander the new square footage and make it unviable.

How to play the game

You don’t need to exploit work relationships for your own self-interest to get ahead. But it is smart to engage with others and try to earn their trust and exert influence—that’s how true leaders grow. Here are some aboveboard strategies for earning political clout without compromising your integrity.

Keep your eye on the prize

Suppose you have a brilliant idea and your goal is to simply see it come to fruition. This is where collaborating with an “in-group” colleague can work in your favor if you’re willing to give up a portion of the spotlight, says Lee. “You may need to share credit for an idea, but partnering with your colleague increases the likelihood of it being adopted,” he says.

Say a colleague slips into your office, acts as though you’re his confidant, and tries to ask for your allegiance in some way. Evans says you can avoid taking the bait by maintaining impartiality, or even carefully changing the subject. “Often the best course of action is to deflect. Your response might sound something like, ‘I’ve just been so focused on this project I haven’t had time to think about other things. Have you ever dealt with a project like this?’”

When there are underhanded office politics at play, sometimes it might be worth bringing the situation to light, says Evans. Going back to his situation with the power-hungry managers, the company decided to deal with the situation head-on. In a meeting, the executives asked each manager to put together a six-month plan of how their teams will utilize the new space, with cost estimates and revenue projections. “This immediately halted the backchannel discussions and underhanded efforts and encouraged team members to earn what they want instead of leveraging political clout,” says Evans.

Look for the warning signs

Although some corporations are making transparency and ethics a priority, backroom office politics will probably never go away completely. By doing your part to avoid fueling them, however, you can forge forward without selling out. So if you’re a job seeker who’s trying to get away from all the politics of past jobs, a little sleuthing can help you figure out if a prospective employer plays politics. Try these tactics:

Brush up on company history. Read online reviews to get a sense of how current employees feel about their employer. Use corporate “about us” pages to figure out how the management team rose to power, suggests Evans. “Did the VP work there for 10 years in various roles before rising to the leadership position? If so, they are probably merit-based. Or did the VP rise to that position unbelievably quickly? This could be a sign that they played political games to get there,” he says.

Be straightforward. If you get called for an interview, ask multiple people about the culture, says Lee. “Ask about what gets rewarded and who gets promoted. Are rules enforced consistently? Are favors traded when you need to get things done?”

When you’re ready to stop playing and start working

If you’re stuck in a workplace that’s sabotaging its success with too many political players, the chances of you getting noticed for your achievements are likely slim. Want to find a new job but not sure of the next step? Join Monster for free today. As a member, you can upload up to five versions of your resume—each tailored to the types of jobs that interest you. Recruiters search Monster every day looking to fill top jobs with qualified candidates, just like you. Additionally, you can sign up for job alerts so you can be among the first to apply when new positions open up.