Ace your nursing interview with a healthcare recruiter's help

Sure, you've got employers clamoring for your services, but the best recruiters still want you to impress them. 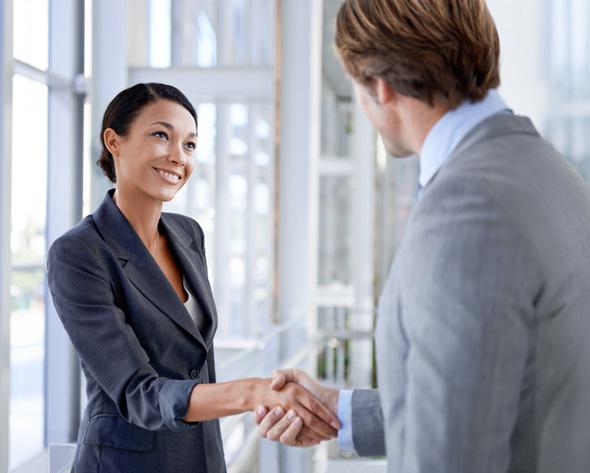 With the nation's acute shortage of nurses, those in the profession aren't having to much difficulty finding work. This tilt in the supply-demand equation in favor of the job seeker puts healthcare recruiters in a less-than-enviable position. For Mandy Jacobs, regional recruiting manager for Gambro Healthcare, the job is more difficult, because she needs to hire nurses to work in Gambro's dialysis clinics throughout the US and most nurses have no dialysis training.

Jacobs won't settle for just any candidate. During the interview process, she watches for certain telltale signs that suggest a potential employee won't fit well in Gambro's system. So, while it's not unheard of for an employer to offer a job to a nursing candidate during an interview and have the person start work the next day, nursing candidates would be well-served by following some simple interviewing rules, even if they feel like they're the ones with the upper hand in the job search process.

Jacobs laments the fact that too many nurses just seem to be on a hunt for the job that pays the most money. Because signing bonuses are common in this field, she also tries to weed out candidates who will join the company simply for the signing bonus and leave shortly thereafter.

"A red flag to me is when the first thing they ask is, ‘How much do you pay?'" Jacobs says. "They don't know what we do or where we operate, but they want to know what we pay.… At job fairs during the quasi-interviews, that's the first thing 50 percent of the people ask about, and I almost don't want to talk to them anymore at that point, because I know they're not interested in the job or their careers and advancement. They're just thinking, ‘OK, this company is going to give me a signing bonus, then I'll stay for a year and move on to another job.'"

While money issues will certainly arise at some point during discussions, bringing them up too early is a bad policy -- even when you're in the driver's seat.

Show Interest in the Company

Because nurses are in such high demand, many don't feel compelled to do any research on the job and company to which they're applying, Jacobs says. But a company like Gambro, which spends $10,000 to $15,000 to train each nurse, needs some assurance that a candidate is interested in the job and company. Doing some research before the interview is a simple way to convey that message.

"It's so easy now -- with Web sites, with companies like Monster that have profiles -- you can find out a good deal about a company before you ever walk into the interview," Jacobs says. "So I want the candidate to be able to tell me something about the company and the job before I have to fill them in on everything."

To deal effectively with patients, doctors and healthcare administrators, nurses definitely need good people skills. However, another prerequisite of the job is a measure of technical literacy, according to Jacobs. She points out that her company does much of its work electronically and nurses need to know how to operate the technologically advanced devices used at Gambro. While she's not in search of electrical engineers, a basic ability to use a PC and the Internet are musts for the nurses she's seeking to hire.

Jacobs concedes that many nurses can get jobs without considering the advice mentioned above and says that hospitals are too willing "to hire anyone with an RN after their name."

Even so, following these tips will help you develop a meaningful career, rather than just rotate through a series of jobs.