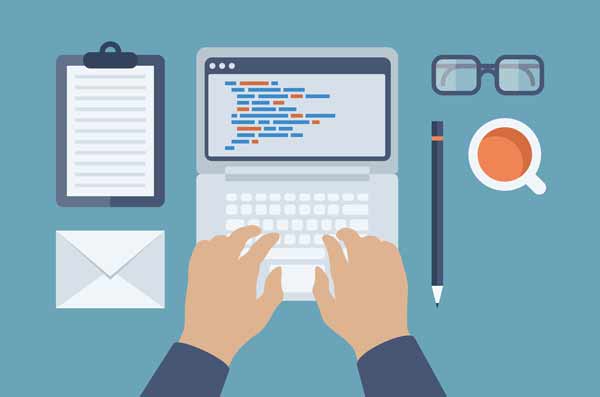 Software development is a growing field, with the Bureau of Labor Statistics predicting a 22 percent increase in application developer jobs in the next 10 years, that’s an additional 409,500 jobs. You will need at least a bachelor’s degree in computer science, software engineering, or a related field. Some positions may require as much a as a master’s degree, but it will vary by job opening. You will also have to commit to continuing = your education in order to keep up on the changing technology in your field and stay up to date on the latest trends and changes in the industry.

JavaScript is an object-oriented computer programming language and it’s a popular skill for application developers. It’s a language that is generally used when creating interactive media in web browsers, such as videos and other dynamic graphics.

Microsoft SQL Server is a relational database management system used to store and retrieve data when other software applications request information. There are different versions, each focused on different use cases, such as single-machine, Internet applications, and larger networks with multiple users.

Unix is an open source, multitasking, multi user operating system that was invented by AT&T’s Bell Labs in the early 70’s. Since it’s open source its easily customizable and modified to a user’s or organization’s specific needs.

According to Monster, the median salary for an application developer with Unix skills is $95,717 per year, with a reported salary $75,122 to $117,927 per year. Experience affects this position greatly, and your salary should increase throughout your time in the position. Check out openings on Monster to find application developer Unix jobs in your area and across the country.

PL/SQL is a procedural language created by Oracle, it stands for Procedural Language/Structure Query Language. It includes a vast number of procedural language elements that are stored in a database that is then used by applications compatible with the Oracle Database programmatic features.

According to Monster, the median salary for an application developer with PL/SQL skills is $100,520 per year, with a reported salary range of $86,745 to $118,907 per year. There is limited data on pay by location for this skill, but check out openings on Monster to find application developer PL/SQL jobs in your area and across the country.

Oracle is a commonly used object-relational database management system created by Oracle Corporation that will run on major platforms such as UNIX, Linux, Mac OS, and Windows. While other database programs exist, Oracle is the most used, making it an important skill for any application developer.

A Java environment created by Sun for developers, Java/J2EE is one of the highest paying skills for software developers. It’s a platform made up of different services, APIs, and protocols to help developers create web-based applications.