The right way to apply for an internal job

Just because you’re already an employee at your company doesn’t mean you’re a shoo-in for a job opening. Here's how to leverage your insider status to your advantage. 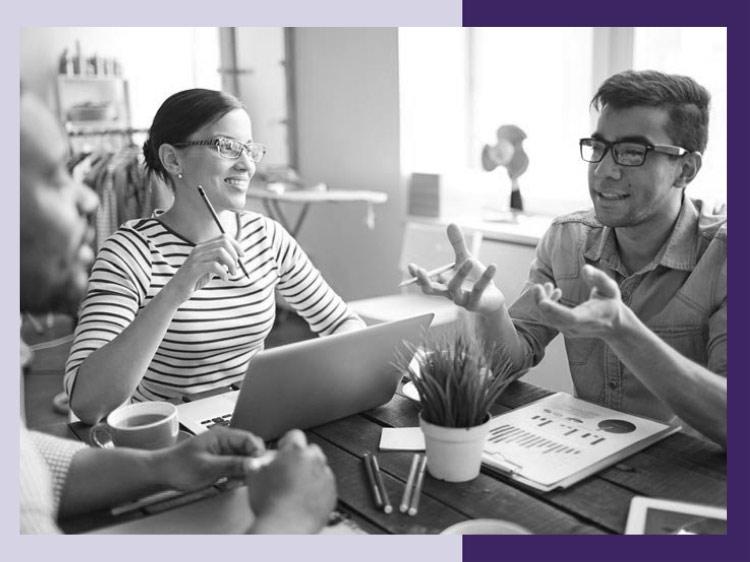 If you love where you work but are looking for a change, you should have your ear to the ground for job openings within your company. But being an employee at your company doesn’t necessarily mean you’re first in line for internal jobs.

“It’s really easy for internal candidates to think they’re a shoo-in, but you still have to bring your A-game,” says Teri DePuy, a Colorado-based career coach at ICC, Inc.

Applying from within doesn't always give you an in; you still have to use professional tactics to nab an internal job. After all, “You never know what the caliber is of the external candidates that you’re going up against,” says Millennial workplace coach Yuri Kruman. Use these tips to get your name to the top of the pack.

“You really need people from the inside who are going to champion you,” Kruman says. Thus, getting buy-in from your boss is crucial. Though you may not want your boss to know you're seeking a new job opportunity, blindsiding your manager—or having your manager hear from somebody else that you’re applying for another position—could create bad blood between you and your boss, which can hurt your job candidacy.

If you’re honest about your intentions, your manager should be willing to put in a good word for you.  Moreover, you should solicit referrals from other employees as well. “Ideally, you want an advocate who works in the department that you’re applying for,” says Kruman. If that’s not an option, obtaining recommendations from your mentor, co-workers, or direct reports can help you establish yourself as a top performer at your company.

In addition to discussing the position with your current boss, you’ll want to connect with the HR rep that’s assigned to the job posting. This person can provide you with key information, such as the salary range, job requirements, and why the role has become available. In addition, the HR rep can help you practice for the job interview. Pro tip: In many cases, the interview process is the same for internal and external candidates, DePuy says, “so don’t let your guard down.”

Leverage your position and success within the company

Since you have firsthand knowledge of how the company operates, its goals, and its core values, you just might have an edge over external job candidates. Therefore, “you have to drive home the fact that you’re already in the same club and know the inner workings of the organization,” Kruman says.

One way to convey that message is via your cover letter. In it, explain what makes you a natural fit for the position: You're already familiar with the company's culture, there would be no onboarding time for things like orientation and paperwork, you would adhere to the same high standards that are currently expected of you, and you would welcome the opportunity to build upon your success and continue your career at the company.

But again, this isn’t what you should rely on to get you the job; let your strengths and achievements—specifically how your accomplishments have benefitted the company—do that for you.

Use your insider advantage to ask smart questions

Even though you’re already an employee, Kruman still recommends asking the hiring manager at least three questions to show you’re interested in learning more about the position. Use your internal knowledge to craft pointed questions. “If there is an internal announcement that a new product is being launched in that department,” DePuy says, “it’s totally fair game.” Not only does this reinforce the fact that you’re already part of the company, it also demonstrates that you keep up with the latest insider news.

Even if you think an offer is in the bag, you can always improve your chances of getting the job by sending your prospective boss a handwritten thank-you letter, says Monster’s resume expert Kim Isaacs. Your letter should emphasize your core strengths and achievements—specifically how your accomplishments have benefitted the company—mention something that came up during the interview (e.g. “I enjoyed learning about your team’s goals for next year”), and, of course, reiterate that you’re already an employee.

Many internal candidates don't think about their resumes, assuming that it's all in the family and the new internal position is merely an extension of their current one. Bad idea. Could you use some help making sure your resume doesn't get overlooked? Get a free resume evaluation today from the experts at Monster's Resume Writing Service. You'll get detailed feedback in two business days, including a review of your resume's appearance and content, and a prediction of a recruiter's first impression. Monster's experts will help you properly include relevant skills necessary for the new position, as well as all the achievements you've earned since joining the organization.