5 mistakes you need to seriously avoid at your first job

You get one shot to make a lasting first impression. Try not to mess it up. 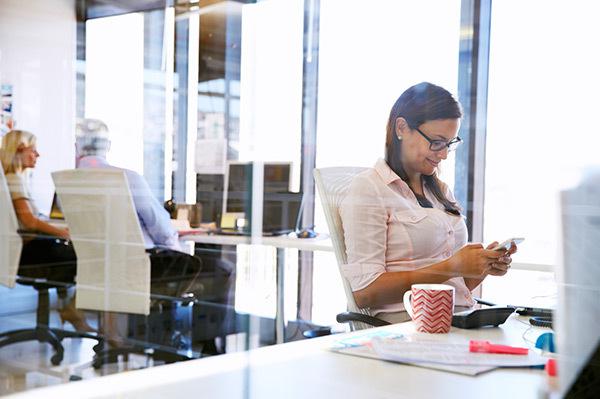 As you prepare to start your first day of work, you’re probably feeling the same butterflies you felt on your first day of college. You’re thinking: “What if I screw up? What if I say the wrong thing? Who will I sit with at lunch?” Nerves are normal. Take a minute and breathe. You’re going to be great.

What you need to focus on is making a great first impression so that your peers and your boss respect you as a working professional. You also have the added bonus of trying to overcome the “millennial” stigma.

We spoke with career experts to get their takes on how you can start off on the right foot at your new job.

A common mistake first-timers make at their new job is showing up late, says Debra Wheatman, president and founder of CareersDoneWrite in New York City. Punctuality is especially important during your first few weeks at your new job seeing you don’t want tardiness to become part of your reputation.

“Since you cannot plan for traffic, accidents or other unforeseen circumstances, it is best to always leave early to avoid issues,” suggests Wheatman. “The worst thing that will happen is that you will get to work early and get a jump-start to your day.”

Tim Windhof, executive resume writer and career coach at Windhof Communications in Ohio, says dressing too casual is a common problem for millennials. “I had a client who actually got sent home on the first day by human resources for showing up too casual,” he says.

When in doubt, Windhof suggests dressing very formal and observing how colleagues are dressed during the first week. “Double-check with HR before your first day about the company dress code,” says Windhof. “If you are still in doubt, better to show up too conservative than too casual.”

One of the most common mistakes millennial new hires make at their first job is failing to ask questions when they’re unsure, says Wheatman. “It takes time to understand a new operating environment and how things are done,” she says. “Asking questions will eliminate unnecessary mistakes and help foster a strong rapport with other staff.”

As they say, you know what happens when you a-s-s-u-m-e. You might feel shy or are not sure who to ask, but it’s better to muster up the courage to ask questions when you’re just starting out instead of waiting until after you’ve made the mistake.

To cover your bases at your first job, Wheatman suggests asking the following questions: What should I know about the office politics? Are there any processes or procedures that I should be immediately aware of? What is the expectation regarding office hours?

Avoid spending too much time on your phone

Admit it: You check your phone all the time. Facebook. Twitter. Snapchat. Instagram. You name it. A minute here. A minute there. No big deal, right? Well, you better believe these distractions cost a pretty penny. In fact, social media distractions cost the U.S. economy $650 billion per year, Forbes reports via LearnStuff.

“Millennials are spending more time on their smartphones during work hours and becoming more involved in communicating through texting and social media, instead of focusing on work projects and deadlines,” says Wendi Weiner, certified resume writer and owner of resume service firm The Writing Guru in Miami.

Although it may seem super convenient, Weiner suggests millennials break their habit of using texting as a means of communication at work, especially when first starting out. “It used to be that if an employee was running late for work, he or she would call the company to advise of the tardiness,” she says.“Now, millennials are sending emails and text messages to communicate to supervisors and other superiors.”

These communication methods can easily lead to mayhem—we’ve all had a mix-up or two where the tone is misconstrued—so Weiner suggests millennials approaching office correspondence in a more formal way. This means making a phone call instead of sending a text or asking their supervisor what method of communication they prefer.

While it can be intimidating to get acquainted with your new co-workers and the office environment at your first job, the more you prepare yourself and avoid these red flags, the better you’ll be.