What companies are doing to support grieving employees

Facebook just increased its bereavement leave to 20 days, while other companies are updating paid time off policies to give workers more time mourn. 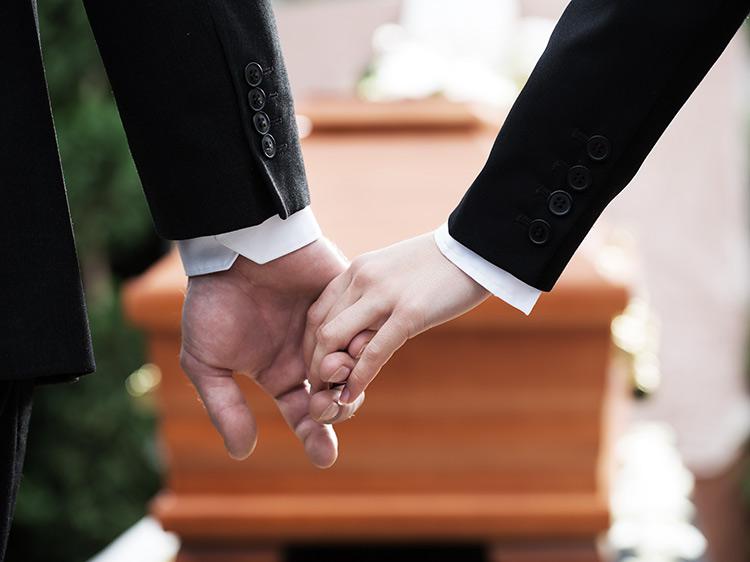 Nobody likes to talk about it, especially at work, but for a moment, let’s think about when the unthinkable happens: the death of a loved one.

It’s uncomfortable, sure. And seemingly more of a taboo topic in the office than, say, sex, drugs or alcohol. When someone dies, we generally don’t know how to react or what to say, so, usually, we don’t say anything at all.

Perhaps that’s why only 60% of workers in the private sector, according to the Bureau of Labor Statistics, have access to paid bereavement leave through their employers.

But Facebook, along with several other companies, is attempting to breathe some life into the conversation. Recently, the social media company announced that it has extended its bereavement policy. Doubling its paid death leave, Facebook now offers up to 20 paid days off for employees who have lost an immediate family member, and those mourning the passing of an extended family member will be given 10 days of paid leave.

Sheryl Sandberg, Facebook’s chief operating officer, who is no stranger to grief, having lost her husband, Dave, in May 2015, took to the social media platform to post about the company’s decision to double down on bereavement and other policies.

“Amid the nightmare of Dave’s death when my kids needed me more than ever, I was grateful every day to work for a company that provides bereavement leave and flexibility,” she wrote. “I needed both to start my recovery. I know how rare that is, and I believe strongly that it shouldn’t be. People should be able to work and be there for their families.”

Not only is Facebook leading the charge in bereavement, but in parental leave, as well. The company offers four months for all new parents as well as paid family leave—up to six weeks within a rolling 12-month period—for employees who need to care for an ailing loved one.

And it doesn’t stop there. On top of that, Sandberg announced a new three-day “paid family sick time” policy that covers short-term illness like staying home to care for a kid who has the flu. Oh yeah, and this is all in addition to Facebook employees’ 21 annual days of paid time off, plus unlimited sick time.

While we’re tipping our hats to Facebook, it’s not the only company updating its PTO policies. In the last year, Deloitte and the Vanguard Group, for example, both started giving workers paid time off to care for sick relatives. Additionally, companies like Twitter, Cisco and others offer unlimited vacation days to employees, which could, in those unfortunate circumstances, be used to grieve or care for a sick family member.

Even our furry family members can be included in bereavement at some companies. That’s right, bereavement for pets is becoming a thing in the modern day workforce, as it rightfully should.

To name a few companies with pet bereavement policies already in place, Trupanion and Kimpton Hotels offer up to three days for both salaried and hourly employees, and Mars, Inc., which owns pet nutrition company Mars Petcare, offers a paid day off for those who lost a pet, and in some units, “pet-eternity” leave for those who acquired a new pet, according to ABC News.

But regardless of whether it’s a human or pet, death is something that tends to hit us hard, and working for a company that allows you ample time to grieve and care for your family is something everyone should have access to. Don’t wait until the unthinkable happens. Find a company that cares on Monster.