Beware of backstabbers at work

From bullies to gossipmongers, this is how to handle peers who want to make you look bad. 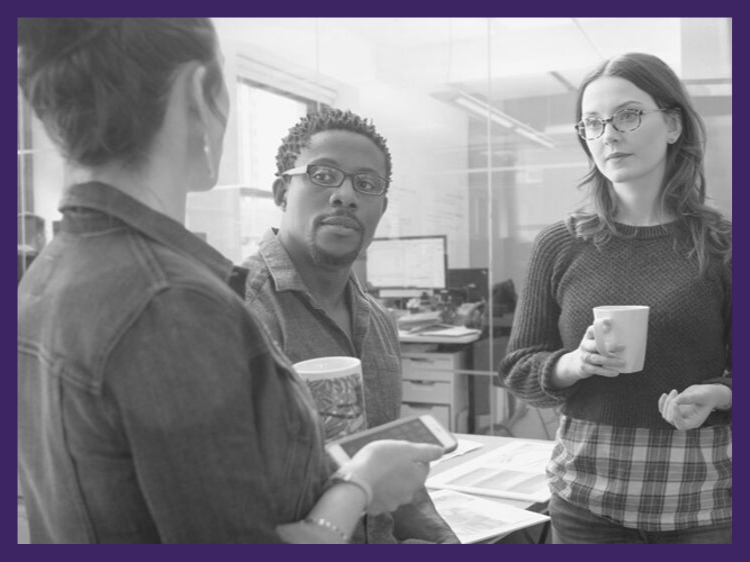 Backstabbing co-workers need to be dealt with, not ignored.

Ever suspect that one of your co-workers is trying to sabotage you? It very well could be the case. Most people will have to deal with backstabbing co-workers at some point, says Diane Domeyer, executive director of The Creative Group. Unfortunately, workplace sabotage is fairly common.

“Almost everyone feels some pressure to get ahead at work, especially in competitive fields,” she says. In fact, almost one-third (31%) of advertising and marketing executives surveyed said a colleague has tried to make them look bad on the job, according to research by Domeyer's firm. “However,” Domeyer explains, “some professionals take setting themselves apart from their coworkers to a harmful level.”

Backstabbers at work come in several types, including:

The question is how should you deal with a co-worker who double-crosses you? Read on to understand the motivations of these conspirators, and how you can beat them at their own game.

What do backstabbers at work hope to gain?

First things first: It could be possible that some workplace weasels may simply be unaware of how their actions are negatively affecting others. More likely, backstabbing co-workers are probably just thinking of themselves.

“Putting down coworkers may make them feel like they’ll be seen in a better light in comparison, or they may feel insecure about their own job status or performance and try to call attention to their co-workers’ shortfalls,” says Domeyer.

In fact, some backstabbers at work might believe that their behavior is a form of “doing what it takes” to get ahead, says Janel Anderson, Ph.D., owner of Working Conversations, an organizational consulting firm, and author of Head On: How to Approach Difficult Conversations Directly. “I believe they see themselves as protecting their own interests,” she says.

In some cases, the employee might even have been a past victim of backstabbing in the workplace and became more cutthroat as a result, Anderson adds.

How to respond to backstabbing co-workers

The first thing you need to do is figure out if you actually are the victim of workplace sabotage, and if so, who is behind it. “The tricky thing about identifying who may be a saboteur is that many of their actions are subtle,” says Domeyer.

Some telltale signs could be if a co-worker tries to bait you into gossiping about another staffer, or if someone else is getting all the kudos for work that you have done. Or perhaps you are called out for a mistake that no one else knew about—except the one person who you confided in.

Once your suspicions are confirmed, here are a couple of ways you can handle backstabbing in the workplace:

Have a talk with the person. By no means should you corner the suspect by the water cooler and start an angry confrontation, says Domeyer, but giving your colleague a chance to explain their actions may sometimes help resolve the problem.

“In general, you should always take some time to look at the situation from every angle, and never react in the heat of the moment,” she says. Once you’re calm, ask the person if you can speak in private, face-to-face, and tell them how what they did made you feel.

As for what to say, Anderson advises that you maintain a professional tone throughout the conversation, and cite evidence of your suspicion. Say something like, “When we discussed our opinions about our boss over happy hour last week, we agreed the conversation was confidential. I was just approached by our boss and he clearly knew of our conversation.”

Be prepared for the backstabber to try to cover their tracks as you confront them, but don’t back down. “If they know they can’t get away with this behavior with you,” says Anderson, “they will move on.”

If the two of you can’t work it out or the situation escalates, alert your manager or human resources department to help solve the issue, says Domeyer.

Escalate the issue. Is there ever a time when it makes more sense to skip the confrontation with the backstabber and go straight to the boss? That’s complicated, says Anderson. The last thing you want is to be perceived as jealous, difficult to work with, or a tattletale. “Think about how the situation may look from your manager’s viewpoint,” she says.

A good rule of thumb when deciding if you should go talk to your manager is whether there is a business impact, such as if a project deadline wasn’t completed (and the blame was put on you). “If the backstabber’s end result has a negative impact on a business outcome, it is easier to make a compelling case,” says Anderson.

Ignore it. If someone’s actions have irked you on a personal level but didn’t have a negative effect on your job, consider taking the high road, and even try setting a better example.

“Don’t feed into the toxicity of an excessively competitive environment,” says Domeyer. “Instead, give credit for others’ work, communicate well with your colleagues, and support others’ ideas and achievements.”

Ways to thwart workplace sabotage in the future

The best way to deal with an office traitor moving forward is to avoid them as much as possible—and cover your tracks. Here are some strategies:

Maintain a paper trail. “When you must work closely with someone who you suspect may be a backstabber, keep a record of decisions made, work deadlines, and anything else they may use nefariously,” says Anderson. So if a conversation about a project takes place, follow up with a brief email to the person and outline what was decided so that nothing can be denied later.

Send your manager updates. If someone is trying to take credit for your work, giving your manager frequent project updates where possible, so they know who is responsible for each task, will make it more difficult for a sneaky coworker to steal your spotlight, says Domeyer.

Avoid gossip. Often backstabbers will fuel the gossip mill with opinions you may have shared in confidence. Remember, nothing is off the record to a potential backstabber. “Keep your cards close to the vest regarding your opinions about others in the organization,” says Anderson.

Be aware, even in casual settings. You need to be extra vigilant if you suspect there to be a backstabber in your midst, especially during times when you might otherwise be relaxed, like lunchtime, happy hour, or even casual hallway conversations, says Anderson. “Backstabbers will soak up whatever you say in these more intimate moments to use against you.”

You can’t necessarily stop backstabbing from taking place in your workplace, but knowing how to recognize and overcome it is an important skill set to develop, says Domeyer. “Being able to handle challenging or difficult coworkers—and maintaining healthy working relationships—is crucial for career success.”

Backstabbers at work can butcher your confidence, but only if you let them. Knowing how to navigate the occasionally rocky waters of the workplace isn’t the kind of wisdom you’re born with. It takes experience—but there are other ways you can learn practical ways to avoid job drama. Could you use some help? Join Monster for free today. As a member, you’ll get career advice and job search tips sent directly to your inbox. From dealing with a bad boss to learning how to be more persuasive at work, Monster can help you steer your career path in a positive direction.