How to deal when your boss tries to be your bestie

Avoid awkward encounters with these tips. 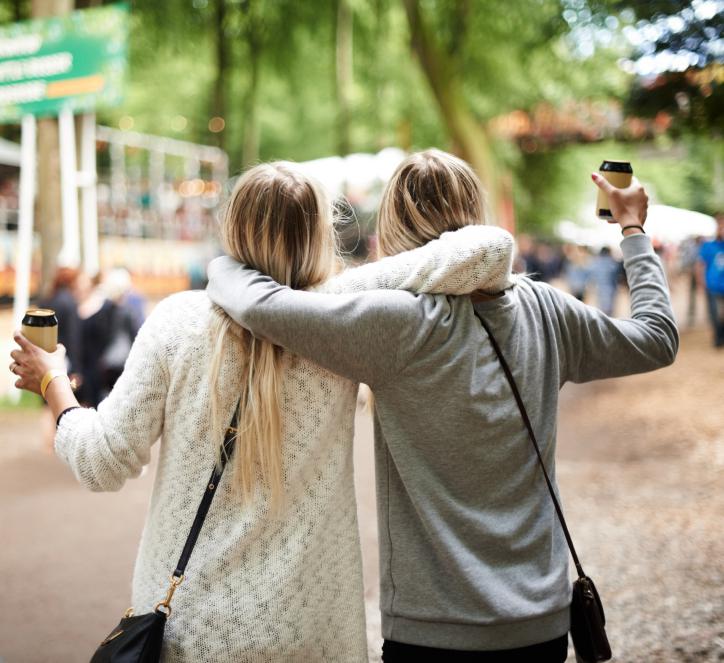 It’s natural to find friendship and camaraderie among the people you work with—after all, you spend more time with them than your own family. But sometimes boundaries get crossed. Like when your boss tries to be your best bud, downloading intimate details of his home life or his awkward conversations with his own boss. *Gulp.*

You’re stuck listening. It’s your job, right? But this is probably the worst use of your salary ever, and you kind of want to gouge your eyeballs out with your pencil.

If you feel this happening to you, tread carefully, says Baltimore-based management consultant Joni Daniels.

“The boss has power over your resume and salary, so the 'friendship's' distribution of power is never on an equal footing,” she says. “Additionally, like dating your boss, becoming too friendly can create friction between you and your co-workers.”

If you feel like your boss is pushing to be BFFs, take these three steps ASAP.

If what starts as friendly banter turns into your boss pulling you aside to sob about a date gone wrong, you’ve got yourself a problem.

Your boss is crossing a boundary by initiating this all-too-close friendship, so it’s up to you to remind him or her that there’s a line. Respond warmly but create distance from the jump, Daniels says. The first time this happens, try a simple "I'm sorry to hear that," then find the first chance to shift the conversation to give the hint that you don't want to be a party to this kind of information. If that doesn't work, you'll have to speak up more clearly.

Limit TMI from your side

You wouldn’t talk to your friends the way you talk to your boss. So likewise, keep the casual, non-work chit-chat to a minimum when you’re talking to your manager.

Avoid talking too often or too deeply your personal life with your boss, says Saladino. Otherwise, you’re accidentally laying the foundation for friendship—and saying that it’s okay for your boss to reciprocate.

And do you really want to hear about that time your boss danced on a table at that bar in college? Didn’t think so.

Bear in mind that while your impressions of your oversharing boss won’t necessarily damage his or her career, it doesn’t work both ways. “You must understand that at the end of the day your boss has a business to run, and you do not want to open their eyes to negative items that could impact job performance,” Saladino says. “For example, your boss might enjoy laughing with you while you tell a story of your late night escapades, but at the same time they are thinking you may not be responsible enough for that upcoming promotion.”

Know where the line is

You can have a close relationship with your boss that doesn’t cross over into bestie territory. (Sign you’re in the red zone:  Your boss flies into a rage because you didn’t respond to his DM about that episode of “Modern Family” you’re both watching.).

If you’re invited to grab a drink after work, of course that’s OK. But if you’re invited to, say, a concert, a ballgame or a movie, you’re going to have to find a polite way to turn that down. That’s outside the lines of professionalism.

Try redirecting to a professional event if you’d still like to hang out, such as an upcoming networking event, seminar or conference. It’s likely this will turn into appropriate-for-work drinks anyway. Win-win.

But other than these work-related events, definitely avoid connecting your boss with your friends outside of work in non-work contexts.

“When you commit to a social outing with your boss, spend this time with your boss and work colleagues only,” says Anthony Saladino, community manager at New York City-based Kitchen Cabinet Kings. “The last thing you want to do is integrate your boss into your social circle, which could open up a Pandora's box of issues ranging uncomfortable activities or conversations, or feeling trapped that your personal and work lives are never separated.”