How to Deal with a Micromanaging Boss

Follow these steps to shrug off that lingering dark cloud known as your boss. 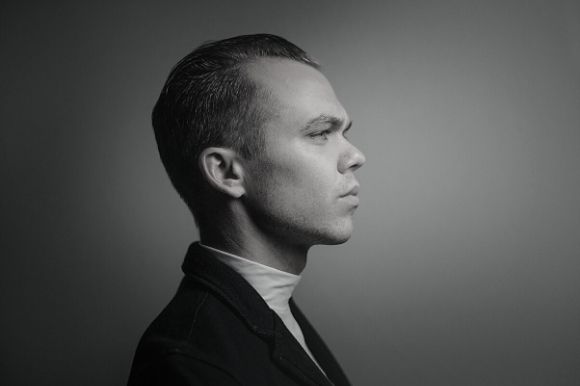 A micromanaging boss sucks all the air out of the room.

Stop us if you’ve heard this one: You have a large project in front of you and the project brief is so detailed that it probably took longer than the work itself. Having done this sort of project before, you know exactly what needs to get done. But before you can tick off the first step in your workflow, your boss is already being asked for a status report. She even asks to sit in with you for part of the day. If only you could just be left in peace to do your work, it would get done. If that sounds all too familiar, it’s time you learned how to deal with a micromanager.

Even thinking about the word micromanage is enough to send shivers through the bones of employees. Visions of a distrustful, controlling, interfering, nitpicking, and demotivating workplace pop up. Basically, it’s not an environment that most employees can thrive in.

Of course, there’s a fine line between micromanagement and simply having a supervisor who is passionate about making sure your team succeeds.

Think you’ve got a micromanager on your hands? Read on to find out how to spot the signs and how to deal.

Here’s one telltale sign that your manager is taking his job way too seriously: You’ve got no breathing room.

Micromanagers typically provide direction to the point of over-communicating the last teeny tiny detail of a project. Not only that, once the information has been provided, they can’t seem to take a step back. They have a bad habit of following up nearly immediately after inquiring on progress, offering suggestions, and asking for a draft so they can provide feedback.

Think of your typical workday, and ask yourself if your manager is overmanaging everything you do, and if others are getting the same treatment. Is their behavior a reflection of their feelings about you, or is it their actual preferred work style?

For instance, did you recently blow a project deadline? If so, then it may not be so much a micromanagement issue as it is your manager trying to ensure the work gets done. In that case, you will want to have a face-to-face talk with your boss and discuss different protocols for moving forward and ensuring that deadlines are met. Have regular check-ins during the process to keep your manager updated on a weekly basis.

On the other hand, what you perceive as micromanaging could simply be your manager’s tried-and-true way of doing things—or it might even come from a mandate above. In that case, you could be dealing with more of a workplace-culture issue rather than a manager on a power trip.

If neither of the above scenarios apply, then it could very well be that you’re stuck with a true micromanager.

What’s So Bad About Micromanaging Anyway?

The bottom line is that micromanagement does the exact opposite of what the micromanager is attempting to achieve, which is a healthy, collaborative, autonomous, and productive work environment. If you’ve ever worked under a micromanager, you know that it can be emotionally taxing and does little to improve the quality of your work. There’s also a good chance that you’re not the only disgruntled staffer, turning your office into a hotbed of disgruntled co-workers.

How to Deal with a Micromanager

If you find yourself working for a micromanager, start by giving them the benefit of the doubt. There's a chance they don’t know they are micromanaging. Before being promoted to management, people like this were probably high performers, so they feel like they can still do their old job—and perhaps better than you, which is why they feel the compulsion to orchestrate your every task.

Another possibility is that they are feeling pressure from their superiors to meet goals. If you can uncover reasons why your boss is a micromanager, you may have better luck finding a solution to deal with it.

Ultimately, by putting yourself in your micromanager’s shoes and talking through what needs to get done, you might be able to find common ground.

When all else fails, you could suggest trying out a project-management tool or people-management software. Such technology can help create transparency in goals and track how each employee is working towards meeting their goals, thus eliminating the need for more traditional micromanaging.

Getting out from under the thumb of a micromanager is a challenge, to say the least. If you still feel like your boss is hovering a foot above you at all times, there’s really one only solution: jump ship and find a new job with a less-controlling boss. Could you use some help taking the first step? Set up a free profile on Monster. We can send you career advice and job alerts. You need some breathing room in order to flourish, and finding a boss who understands that can set you up for career success.