Can you spot these signs that your boss is lying?

If you sense deception is in the air, look for these subtle clues. 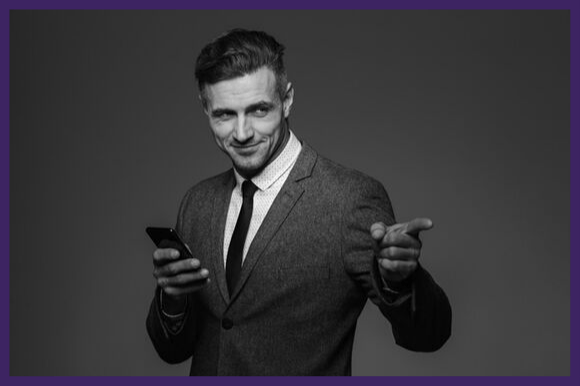 These signs indicate that your boss is shady.

Reality check: People lie. That includes bosses. Maybe they lie because they don’t want to disappoint you (“No, you can’t take Monday off”) or don’t have an answer (“I have no idea if anyone is getting raises this year”), but it doesn’t make their lies any less annoying.

Now, here’s the good news: You can learn how to tell if someone is lying to you—and you don’t need to administer a polygraph test.

“When people communicate, they use their spoken word, body language, facial expressions, emotions, and [behaviors],” says lie-detection trainer Renee Ellory. “When people lie, we will see inconsistencies between these elements.”

In other words, lie-spotting is a skill you can develop, especially when it comes to people you see regularly. Monster spoke to lie-detection experts to find out how facial expressions, body language, and word usage might indicate someone isn’t telling the truth.

The key word there is “might.” “One or two indicators isn’t proof that someone is lying to you,” says Pamela Meyer, author of Liespotting: Proven Techniques to Detect Deception. “You need to look for a cluster of indicators. You can’t just point your finger when you see one warning sign.”

This is how to spot the telltale signs of a little white lie, and how to deftly craft your reply without overstepping your bounds.

If you’re having suspicions about your boss’s honesty, experts recommend establishing baseline observations of how your boss behaves in situations where there’s no plausible reason to lie. How do they act when not under pressure? What’s the normal tone and cadence of their voice? What does their laugh sound like? Do they tend to fidget? These are all good observations to take note of.

“You need to get reliable reference points so that you can measure changes later,” Meyer explains. “When someone has shifted from their baseline is when you should be on high alert.”

We’ve all heard about the body language giveaways people subconsciously succumb to when we’re uncomfortable: lack of eye contact, folded arms, etc. But check out these lesser known tells. According to Carol Kinsey Goman, an executive coach and author of The Truth About Lies in the Workplace: How to Spot Liars and What to Do About Them, these changes in body language might indicate your boss is lying:

A lie can not only be spotted by the words being said, but also by how the words are being said. Kinsey Goman says liars often exhibit these vocal behaviors:

How to deal with little white lies

Granted, there are lies and there are lies—the kind that can implicate one in a crime. In this case, we’re talking about the former.

“Just because someone is lying doesn’t mean you need to wag your finger at them and tell them that you know they’re lying,” says Meyer, especially if the liar is your boss. After all, this is the person who signs off on your raises. “If you really want to get to the truth, you don’t confront someone directly.”

“Oftentimes, an indirect confrontation will serve you better than a direct accusation,” Kinsey Goman says. For example, let’s say that your boss lies during a meeting. You might approach him privately and say, “I didn’t understand what you just said, but I may not have all the information. Could you tell me again what you meant?” The more conversational and unassuming you appear, the better the odds the truth will leak out.

The truth is out there

One or two lies from the boss shouldn’t be enough to ruin your job, but if you discover you’re working for a habitual liar, or for a boss who is lying about potentially serious matters, well, that can certainly complicate things. Don’t wait until you reach the danger zone. Could you use some help seeking out new (more honest) employers? Join Monster for free today. As a member, you can upload up to five versions of your resume—each tailored to the types of jobs that interest you. Recruiters search Monster every day looking to fill positions with qualified candidates—just like you. Additionally, you can sign up for job alerts to be sent directly to your inbox when positions become available so you can be among the first to apply. You deserve to work for someone who values the truth and won’t lie to you.