The 5 career goals to accomplish before you’re 30

Want to measure whether you’re on the right track? These benchmarks will help you find success post-graduation. 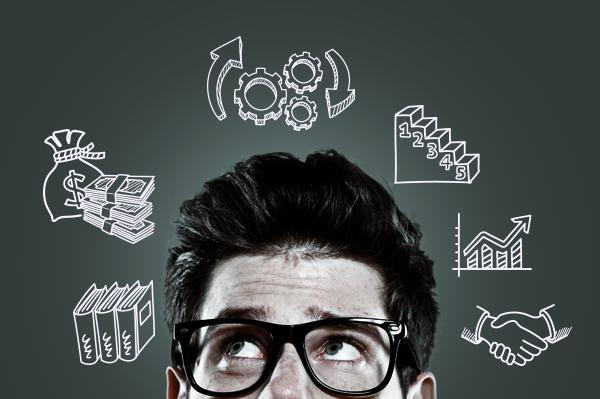 The key to setting your career off on the right path is simpler than you might think: Create specific goals upon entering the workforce, and write them down.

There is evidence to support this. In 1979, researchers at Harvard’s MBA program asked the students if they had goals for the future and if they’d written them down. Only 3% had written goals, 13% had goals but they weren’t in writing, and 84% had no goals at all. When the researchers checked in with the participants 10 years later, those with written goals were earning, on average, 10 times as much as the other 97% of the class combined.

It clearly pays to have a written plan, but first you need the goals. So feel free to adopt these five goals to try to hit before you’re 30. (And, of course, put them in writing.)

Today, a whopping 90% of recruiters use social media to find talent. While LinkedIn is designated as a professional networking platform, Twitter is an often untapped resource for job seekers

Start establishing yourself as an expert by tweeting about industry news and engaging with influencers. Once you’ve built a following, use the platform to actively reach out to recruiters. It’s not just a numbers game though, says Rochester career coach Hannah Morgan, co-author of Social Networking for Business Success: Turn Your Ideas Into Income, who recommends creating a list of companies you’d like to work for so you can target your efforts.

Use online directories like Twellow and Wefollow to find influencers and hiring managers at each organization, and then start a dialogue by retweeting them. The endgame? Take the conversation offline and discuss career opportunities privately.

Your long-term earning potential depends on what you make starting out. Therefore, aim for a large raise early on in your career. The best way to snag an above-average pay bump is to exceed your boss’s expectations. That could entail pitching and spearheading a new project, or volunteering to manage the internship program.

Also, “think about what’s going to move the needle for your employer,” says Santa Monica, California-based millennial career and business coach Ashley Stahl. If you’re responsible for client acquisition, reel in a high-profile customer—someone who is going to dramatically increase the company’s bottom line.

Granted, your boss may not be in the position to give you a raise if there’s a budget freeze, for example. In that case, you may need to get a job at another employer if you want a fatter paycheck.

But here’s the bright side: Research by Wharton management professor Matthew Bidwell found that external hires get paid on average 18% to 20% more than internal workers who get promoted to the same position

Today’s career self-starters acquire skills that set them apart from competitors. Consider that one-third of U.S. employers reported having trouble filling jobs this year due to a shortage of skilled workers, according to ManpowerGroup’s 2015 Talent Shortage Survey. Thus, “you should always be in learning mode,” says Antoine Moss, a Cleveland-based career coach to college students and millennial workers.

Meet with your manager quarterly to discuss skills development opportunities. Ask your boss what would be most beneficial to the company, and then look into related coursework, trade associations and industry conferences.

If money is tight, request to shadow a mentor at the company; you’ll not only gain expertise but also develop a relationship with someone who could help you get promoted, Moss says.

Show the folks in the C-suite that you have management potential early on in your career. Offer to mentor an entry-level employee, lead a training seminar or develop a volunteer program to improve the company’s image.

Furthermore, establish yourself as an expert in the field. Don’t just attend conferences, “Take the initiative to speak on a panel,” says John Basie, founder and principal of career coaching firm Millennial 360 based in Atlanta.

Stahl adds, “Do everything you can to stand out from the competition.”

Studies show that cultivating valuable, authentic relationships with peers can not only increase job satisfaction but also boost productivity, thus in turn raising your visibility at the company. Build rapport with colleagues over one-on-one lunches, coffee breaks, and drinks at office happy hours.

Moreover, by singing your co-workers’ praises at team meetings (e.g., “I wanted to thank John for giving such a great presentation to our new client”), they’ll be inclined to reciprocate. As Marsh says, “view your co-workers as allies—not competitors.”