Easy ways to get stuff done during your commute

The average American spends almost an hour each day getting to and from work—and most of us feel like it’s wasted time. Wouldn’t it be nice to take back that hour and be productive instead? 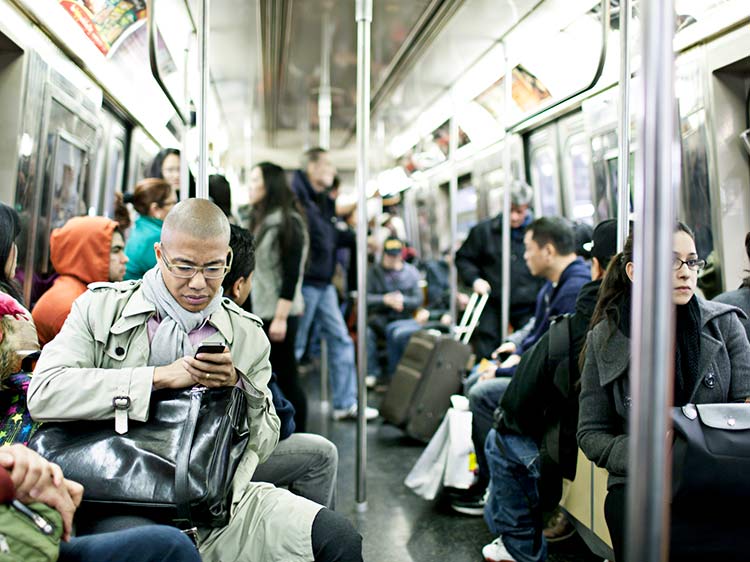 Use a stressful commute to be productive or find a moment of zen.

Scrolling through social media (for non-drivers, of course). Moving to a new level in Candy Crush. Eavesdropping on your neighbors’ conversation. Repeatedly watching these kids interrupt their dad on live TV (no judgment). Raise your hand if you’ve spent many a commute doing any of these.

Oh, everyone? Then we’d guess your commute could use a shakeup. According to an American Community Survey from last year, the average American spends nearly 27 minutes each way traveling to work. That might not seem like enough time to get anything substantial done, but it’s certainly enough time to get a jump on the day, learn something new, or transition into or out of work mode.

No matter if you travel to work by train, car, or your own two feet, career experts have a few ideas for how to make your commute more productive.

If you use mass transit, you’ve got the luxury of being able to read, write, listen or watch media while you roll along. That means you’ve got so many ways to maximize your commute.

Use the time to organize your thoughts and get a head start on the day. “In the morning, my brain is on overdrive, and I have so many ideas that I want to get out,” says Mary Fox, chief executive officer and founder of the career-coaching site Marlow, based in the San Francisco area.

She’s a fan of using apps like Evernote or Simplenote to jot down these strokes of genius during her commute (because we all know the I’ll-remember-to-write-that-down-later method never works). “I can start writing and getting them on ‘paper’ so by the time I get to the office, I am already completely alert and have a clear idea of what I want to get through that day,” she says.

A bus or train commute is also ideal for sorting through emails. “Try to get through a few of your emails or archive the ones that aren’t important by the time you get to the office,” Fox suggests. That way, you won’t have to deal with inbox-cleaning mania the second you sit down at your desk.

Pop those earbuds in and fire up a motivating podcast, suggests Amanda Oliver, a career consultant and founder of The Color Coded Life based outside of Boston. She recommends Boss, Please! for those who need a push to “dream bigger and get more done,” she says.

Another favorite: No Limits With Rebecca Jarvis. “Rebecca interviews women leaders, and I love hearing about how they got to where they are and what they did to get there,” Oliver says. Past episodes have included Arianna Huffington of Thrive Global, Alli Webb of DryBar, and Jessica Alba of The Honest Company.

Also, studies have shown that walking can improve mental as well as physical health, so strap on a fitness tracker and work both sets of muscles as you hoof it to your job.

Flipping through the radio gets old—fast. Here’s another idea: Turn your drive into a professional development session by downloading a business-related book on Audible and listening to it through your car speakers.

Fox recommends Grit: The Power of Passion and Perseverance by Angela Duckworth and Essentialism: The Disciplined Pursuit of Less by Greg McKeown. “Those are two books for when you’re just trying to get your mind off of work but still want to feel like you’re being productive and doing something that will help your career,” she says.

No matter how you get from point A to point B, one of the best things you can do for yourself before you clock in is to clear your mind of excess clutter and practice a few minutes of mindfulness.

When you’re about five minutes away from your destination, switch to a meditation app like Headspace, suggests Hallie Crawford, certified career coach and founder of Atlanta-based HallieCrawford.com. “It always takes time for us to ‘pivot’ from one mentality to another—from work to personal—and it's important to take the time to shift gears mentally,” she says.

Playlists that help you get in the right mindset, whether it’s classical music or something more upbeat, can also do the trick, Crawford says.

Is your job worse than your commute? Join Monster today, so you can get job alerts, plus career advice like this, sent directly to your inbox.