Starting a women's network at your company

Want to get ahead at your company and help other women do the same? Starting an intracompany women’s group could be the answer. 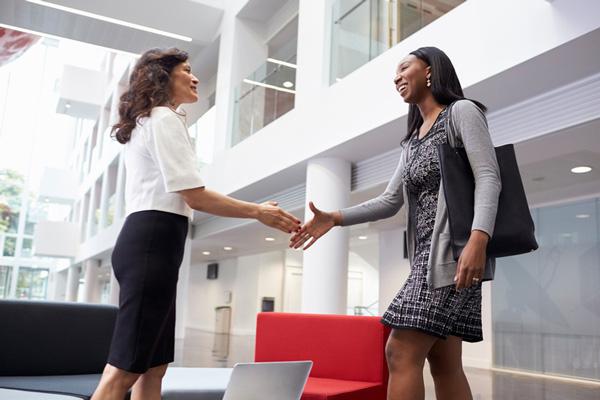 A report from sociologists at Harvard, the University of Minnesota and the University of California, Berkeley showed that diversity training and networking alone are failing to help companies recruit or retain women and other minority groups. What works? Coalitions that actively engage women in the company’s present and future.

At your company, you can start a women’s initiative: An organization that asks for direct accountability when it comes to diversity and provides mentoring and professional development events. Even just getting together to brainstorm can have a positive effect.

When organized properly, these groups can benefit individuals as well as companies, by saving money because of less turnover and built-in succession plans. Here are a few steps to launch a women’s initiative where you work.

You’ll have to do some research and succinctly write out your group’s intended purpose. Without goals, you’ll have no legs to stand on with HR or, more importantly, senior management.

But you don’t have to go it alone. Organizers at other companies are willing to talk about how they got started. “You aren’t the first, so you don’t have to reinvent the wheel,” says Tricia Dwyer-Morgan, director of programs at Business and Professional Women’s Foundation in Washington, DC.

When Lisa Hershman, vice president of operational excellence and quality at Avnet, was asked to chair her company’s women’s group in January 2006, the initiative was languishing. But she wanted to give the program more structure and better align it with company goals. Hershman worked with participants to create an annual calendar of events that would help them network to find mentors and develop skills. They would have productive meetings and occasionally perform community service.

“What you don’t want to do is come across as some kind of girls’ club that’s exclusive and bashes men,” advises Hershman. You can share gripes, she adds, but you have to find solutions if you want to maintain credibility and support.

Win Over the Head Honchos

You will not pass Go if you do not earn the support of management -- including the CEO. To prepare, arm yourself with information: best practices of other companies’ women’s groups, why the group is necessary and what it will do, how employees will balance work with group participation, budget requirements and how much value it will add to the company.

Experts who have started women’s initiatives say that approaching the group as an entrepreneurial enterprise is the only way to convince the boss. So write a business plan, present it to your superiors and stick with it.

“If you position it as a business case and communicate it effectively, there’s very little resistance and resentment,” says Anne Weisberg, senior advisor of the Initiative for the Retention and Advancement of Women at Deloitte.

To prove the need for such a group, often you only need to look at the gender gap in turnover and the resulting price your company is paying, says Weisberg. For example, when the women’s initiative launched at Deloitte in 1993, the CEO fully supported its creation with the hope of increasing retention of women, because turnover was costing the company millions.

The group has now succeeded on that front, says Weisberg. In 2006, for the second consecutive year, Deloitte retained women at the same rate as men.

Once everyone is on board, choose women to head the organization. Try to get female senior managers to participate. Doing so gives your group credibility and keeps its activities in front of influential eyes. Pick people who will give the group structure in the form of regularly scheduled meetings and events.

But be sure no one gets overloaded with all the work. It’s not fair and defeats the purpose of helping members increase their success on the job. And be open to participation from men, because they too can champion your cause.

Keep Up the Good Work

Reevaluate your business plan, and consistently update your goals. The group should show how it’s adding value to the company. Touting achievements through newsletters and announcements is a good way to do this. Your activities have to remain relevant and practical or senior management will lose interest, and you’ll lose funding.

Flourishing groups continuously offer educational opportunities as a way to beef up resumes, as well as mentorship programs and calls to action. Many of these women’s initiatives support HR efforts for flexible work schedules, child care and family leave for both genders. Companies are finding they can use these women’s initiatives as a recruiting tool, because young people interviewing for jobs expect these kinds of activities.

Most women’s networks are no more than five to 10 years old, says Julie Lartey, head of Business Development and Strategic Partnerships for 85 Broads, a network of women from top universities, graduate schools and companies around the world that got its start at Goldman Sachs in 1997. There’s still a long way to go.

“Ideally, every company would have a women’s network and networks for other groups,” says Lartey. “I hope women realize their power to effect change. You can take steps today to get the ball rolling.”