Here’s a comprehensive guide to how to answer computer science-related interview questions. 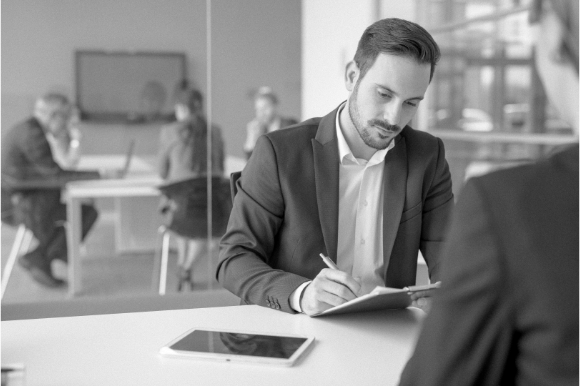 Employers in almost every industry rely on computer science professionals' in-depth understanding of computer systems. And the need for this essential skill isn't going away anytime soon—the Bureau of Labor Statistics predicts a 15% increase in computer and information technology jobs over the next decade. But landing a computer science job takes more than tech skills. You must be able to show employers that you're the right fit by providing strong answers to computer science interview questions over multiple rounds of interviews.

Question #1: What Are the Main Components of a Computer System?

Every candidate for a CS job should be prepared to answer technical interview questions. Computer science interview questions will measure your general knowledge of computer systems and technology literacy that's relevant to your specific field. Your answer to this general question should include:

"There are five main components of a computer system. First, you have the motherboard, which connects the parts of a computer. Without it, the other four components wouldn't be able to interact. Next, you have the central processing unit or CPU. The CPU processes data within a computer system and outputs it to software and tools. The graphics processing unit, or GPU, is designed to process memory for computer graphics speed. The random-access memory, or RAM, temporarily stores data so it can be read or accessed immediately. Lastly, storage includes either hard disk or solid-state drives that store files for easy access."

Question #2: What Do You Know About Programming Languages?

One of the key computer science questions posed by employers will ask about your knowledge of programming languages. Here's what your response should include:

Question #3: How Familiar Are You With Machine Learning and Artificial Intelligence?

Artificial intelligence (AI) is an emerging area of computer science. If you encounter computer science interview questions about AI, discuss what you know about the technology and draw from previous experience. Your answer should cover:

"In today's digital world, the amount of data generated outpaces humans' ability to obtain and process it. Artificial intelligence sorts and processes data at a much faster pace than humans can. It also plays an important role in helping humans make critical decisions based on the data it collects. The programs I'm most familiar with include IBM Watson, Cloud Machine Learning Engine, and TensorFlow."

Question #5: What Is a Chipset?

Chipsets are embedded into motherboards and serve as communicators between the motherboard and other computer components. If you encounter any computer science questions about chipsets, include the following in your response:

"A chipset is a circuit made up of multiple electronic components. It's a critical part of the data flow management system. Chipsets are often found in a motherboard and can determine which components are compatible with the motherboard as well as control communications between the CPU and USB devices."

Question #6: What Is the Purpose of an Operating System?

Question #7: Can You Explain What a Constructor Is?

Potential employers may look for candidates who have specialized knowledge, such as when, how, and why to use a constructor. Make sure you include the following details when answering this question:

"Constructors are invoked when classes or objects are created in object-based computer programming. Constructors often share the same characteristics of classes and objects, but they don't have the same return type. A class may execute a code to perform a task, but a constructor does not. Instead, its purpose is to initialize an object once it's been created. Java is one programming language that automatically requires each object created to be initialized by a constructor."

Get Into Monster's System to Find Computer Science Jobs

Now that you're prepared to answer some of the most common computer science interview questions, what's next? Create a free profile at Monster to start applying to jobs. We'll also send you custom job alerts in your field along with job hunt tips and tricks from our career experts.