How to convince someone that your idea was their idea

The secret, writes Oren Klaff, is a three-part technique for selling your ideas to co-workers. 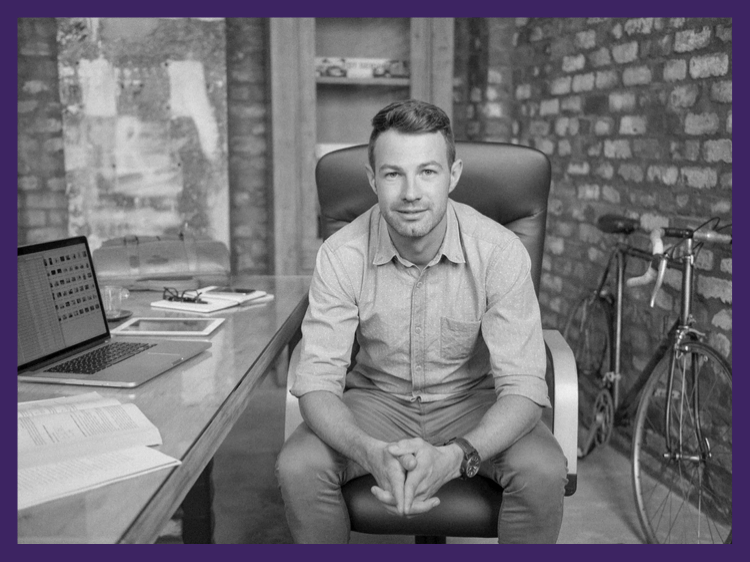 Convincing co-workers that your idea was theirs is a good thing.

If you’ve bought a car lately, you may have been pleasantly surprised by the salesperson’s laid-back manner and low-pressure approach. That’s because auto dealers, formerly synonymous with pushiness, have learned how to convince someone to sign on the dotted line without pressuring them. The old way of selling things just doesn’t work anymore. People used to put up with it, Oren Klaff writes in Flip the Script: Getting People to Think Your Idea Is Their Idea, because “they genuinely needed the information that only an experienced sales rep could provide.”

The same is true, Klaff says, when it comes to persuading co-workers to get behind your ideas or enticing a job interviewer to hire you. Since the earliest days of humankind, the brain has been hardwired to resist ideas that originate with other people and instead trust our own judgment.

In Flip the Script, Klaff explains how to get past that by creating “inception”—the “implantation of an idea in someone’s mind so that they think it’s their own.”

If that sounds mystical (or mythical), it isn’t. Flip the Script is a practical, step-by-step guide to exactly why and how it works, based both on recent scientific research and on Klaff’s own experience. A partner in a $200-million venture capital firm, he has advised executives at Google, Xerox, Cisco, and elsewhere.

Monster asked Klaff about the three essential elements of inception and how you can use it in your next job search.

Q. The first part of inception is what you call status alignment. What is that, and how could it work in a job interview?

A. Status alignment is about making sure that the other person, in this case the interviewer, recognizes you as a peer who understands his or her concerns. The way most people approach an interview doesn’t do this, so the discussion gets off track in the first 60 seconds. Instead of giving the employer all the power in the situation, identify yourself as an equal by saying something like, “You’re busy, I’m busy—I’m glad we could both schedule this meeting today.”

Then, make it clear that you’re evaluating them as much as vice versa. Cite your research on the company, acknowledge they’re doing some great things, and then raise a red flag or two—be prepared with a couple of probing questions about things that may not be going so well. Most people are afraid to do this, but it shows you’re a critical thinker and not needy. Neediness kills interviews.

Q. What is a “flash roll” and how does it influence people?

A. A flash roll is a demonstration of your expertise, which subtly convinces people you know what you’re talking about and can be trusted. It’s crucial to promoting your ideas at work, and in job interviews too.

Let’s say you’re applying for a job that is a little outside of your experience. Challenges and disruptions in a lot of fields share certain similarities, so talk about what you do know. Tell what the problem was, how you thought through it, and what the outcome was, in a way that sounds as if you had done it, or something similar, 100 times, no biggie. This embeds in your listener’s mind that you’re skilled at solving problems, which is what everyone is looking for.

Q. But what if you’re talking to someone, or to a group, whose expertise in a given area is equal to yours? Or even greater?

A. People don’t actually want you to explain information to them in great detail. They just want to be assured that you know, based on your expertise, how to tackle a given situation. My firm does a lot of work with semiconductor companies. We’ll never know more than they do about semiconductors, but we do know how to negotiate and close deals. So that’s what we talk about.

Q. The third part of inception is presenting yourself, or your idea, as “plain vanilla,” which sounds pretty dull. How does it help?

A. A fatal mistake people often make is presenting an idea as a cutting-edge, one-of-a-kind solution. But the fact is, consciously or not, people fear anything that’s too different from what’s familiar to them. So, even if your idea is truly radical, emphasizing the similarities to the tried-and-true will make it much easier for others to accept and embrace. Relate your idea to something they already know.

The same applies in a job search. Sometimes people try to stand out by describing a whole bunch of ways they’re special, that is, different from current employees or competing candidates. But to an employer, too much differentiation is risky. All you need to stand out is one thing that’s unique about you: “I’ve been coding since I was 9.” The interviewer will draw his or her own conclusion, namely, that you’ve been solving problems longer than anyone else.

Q. Using the ideas in Flip the Script in a job search clearly calls for a lot of self-confidence. Any thoughts about that?

A. As with any skill, practice helps. But beyond that, it’s really important to keep in mind that the hardest part, for most job hunters, is status alignment, equalizing the balance of power in an interview. Employers control whom they’ll hire, so we’re accustomed to the notion that they hold all the cards.

But do they really? Think of it this way: What any employer is offering is a job—a salary or wage, a certain benefits package, and so on. It’s a commodity. Now look at what you’re bringing to the table, which is highly specialized and rare:  The sum total of your experience, insights, knowledge, connections, and values. That’s not a commodity. So, not that you should be cocky about it, but where does the power really lie?

How to convince someone you're right for the job

Knowing how to present your ideas at work (and in job interviews) is a lesson best learned early on. Don’t expect anyone to have your best interests in mind; they likely have their own needs front and center. It’s easier to share your thoughts and new ideas when you feel knowledgeable about the matters at hand and understanding workplace protocol is a good first step. Want to know more? Join Monster for free today. As a member, you’ll get career advice, job search tips, and workplace insights sent directly to your inbox to help you hone your communication skills like a pro.