Money talks, but you don’t need to reciprocate. In an age of over-sharing, salary comparison should still be kept out of workplace conversations. 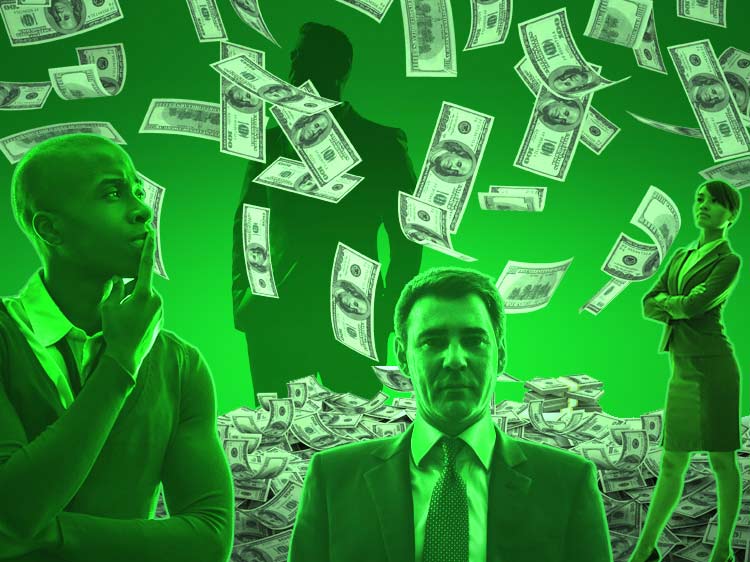 Ever wonder if you're being paid fairly, or what other people in your company are earning? It's a natural curiosity, but career experts say that discussing salary with co-workers can do more harm than good.

In fact, even as companies strive to be more open and honest, it's best not to confuse corporate transparency with permission to cavalierly chat about employee wages with your co-workers. As it turns out, sharing is sometimes not caring.

That's not to say you should be totally oblivious regarding the going rate for your skills, however. "Every employee should know their salary range, what they are paid within the range, and how that compares within the market," says Brennan. But, she adds, that is a conversation that is best kept between you and your manager.

These are some reasons why you shouldn’t go poking around the office to find out who makes what.

It's demoralizing for you and your colleagues

Simply put: It can be a gut punch to find out that a co-worker is making more money than you are. And the same goes for spilling the beans about your own salary.

"It doesn't do anybody any good to share that information," says John Malloy, president of executive search firm Sanford Rose Associates in Santee, South Carolina. "All that can happen is potential jealousies."

Still, sometimes the gossip swirls, and you might hear things inadvertently. In those cases, ask yourself what you can learn, says Brennan. Don’t just sit there grumbling with the knowledge that Bill in accounting makes 10% more than you even though you’ve been with the company longer.

"It’s an opportunity to think about your own situation and compensation," says Brennan. “If you make an effort to take that information about someone else’s salary and approach it from a place of learning and self-improvement, then it can be productive.” For instance, if you find out you’re earning less than the rest of your team, assess if that’s a reason to kick-start a job search.

It's very rare that you will ever have two co-workers who have exactly the same job, background, and level of experience. In other words, it's virtually impossible to make apples-to-apples salary comparisons between you and someone else.

"If someone has prior experience or additional credentials, that could boost them to a higher pay," says Brennan. “Or perhaps two colleagues are performing equally, but one is taking on additional or stretch projects, maybe for other departments, and this could be the difference.”

There may also be a scenario in which someone makes less money, but has other valuable perks that balance things out, such as a flexible schedule for some work-from-home hours that allow them to save on commuting and daycare costs.

The point? People often end up making assumptions without having the full story.

Your friends may feel forced to lie to you

Whether a co-worker voluntarily or accidentally shares their paycheck figure, you can't always trust that the information is entirely truthful. And in some cases, it could even be a ruse to get you to fess up. "Employees might try to find the salary of other employees by lying to them," says Malloy. They might say something like: "I'm making $100K. I hope you're making as much as I am."

Even without an ulterior motive, people tend to inflate their numbers to try to look good. The lesson here? Take salary discussions with a grain of salt, even if they come from a colleague whom you consider a friend.

The information may hurt your chances of getting a raise

If you think that going to your manager with an ultimatum based on co-worker salary intel will work, think again. Being confrontational and asking why you don't make as much as Bill in accounting isn't professional, and it can call into question how you found out the information in the first place. Kiss any hopes of a promotion or raise goodbye.

A better strategy is to do some research on your own. If you want to get a sense of the wage opportunities inside and outside of your organization, start by researching online salary databases like Monster’s salary guide. Remember, ranges can sometimes vary widely depending on geographic location and company size, and job titles can mean different things to different employers.

Another option is to talk directly to your manager about where your salary currently stands, and if there is potential for you to move to the higher end. "Be direct and ask what would it take for you to be promoted and receive a pay increase," says Brennan.

It’s important to get clear insight on how pay decisions are made at your company, so don’t be afraid to talk to your manager about the pay structure. Some questions you might ask include:

The goal of the conversation is two-fold: to gather information about your company's  compensation plan and to demonstrate your fitness for a promotion and/or raise.

Ultimately, getting caught up in salary brags or commiserations with your colleagues can end up sabotaging your success—or just make someone feel really bad. Instead, keep the focus on your own job performance so you can feel confident when it comes time to negotiate for bigger and better opportunities.