DevOps: A Job Title or a School of Thought? 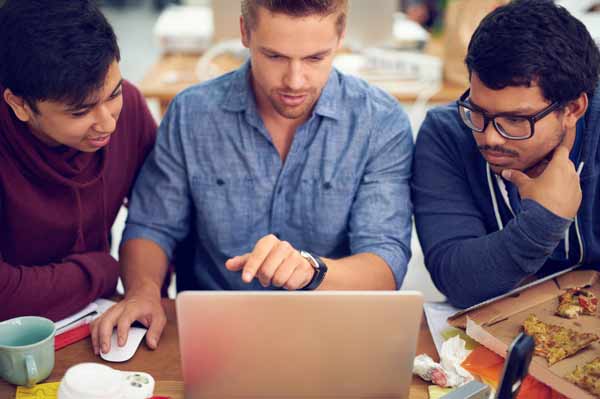 The term DevOps has been popping up more frequently over the past few years in the tech community. There are conferences based solely around DevOps and more and more employees are adopting DevOps titles.

However, with its growth in popularity comes questions about whether or not DevOps is actually a legitimate title. Doing a quick Google search for "DevOps titles" results in a range of articles about the validity of DevOps from naysayers going so far as stating that having DevOps in your title is hurting actually you, to others who don't believe that there's anything wrong with the term and are strong proponents for the ideology behind the growth of DevOps in the tech community.

So, the question is, who is ultimately right? When looking for a job, should you avoid DevOps positions or are they the right fit for you?

To quote Wikipedia, "DevOps (a portmanteau of "development" and "operations") is a software development method that stresses communication, collaboration (information sharing and web service usage), integration, automation and measurement between software developers and Information Technology (IT) professionals."

While this is a helpful description of the term, the confusion around DevOps as a title is questioning whether or not it’s more of a culture or movement than an actual descriptor of an employee’s role in a company.

DevOps grew in popularity in conjunction with the rise of cloud-based services. Things that were once infrastructure are now outsourced and managed through code and APIs. The need for a crossover between developers and IT professionals grew as this line between the physical and intangible blurred.

The Pros to DevOps as a Title

Holding a DevOps role shows that you understand the need for cross-team collaboration. DevOps is framed around efficiency and faster go-to-market time for products by ensuring that all boxes are checked with all parties involved.

A large part of DevOps is understanding and working with the agile method of project management. Agile works in smaller sprints to work towards a final end goal. The sprints allow for faster development time as well as ensuring that at the end of each sprint, there are no or few bugs.

The Cons to DevOps as a Title

An argument as to why using DevOps in titles is not ideal is, “shouldn’t everyone in tech be a part of DevOps?” The question is valid since ideally, teams should already be communicating with one another and isn’t the job of one person (or one DevOps team).

Also, some people have expressed concern over the longevity of the DevOps movement. Some think it is a passing phase and once the novelty of it has worn out, those with DevOps in their title will be replaced.

Prospective job seekers aren’t the only ones who might have to be concerned with using the term DevOps in a job title­—companies looking to hire new talent must be careful with the term. Putting DevOps in a title to attract possible talent, but not having a full-fledged plan to improve cross-departmental relationships, will inevitably turn employees away. DevOps should not be used as an attractor, but rather an indicator for what your company is looking to do within its tech organizations.

Jobs and Skills for DevOps

DevOps Engineer is possibly the most common DevOps position, but DevOps will appear in front of most other technical titles, like DevOps Architect, DevOps Manager, or DevOps System Admin. Another common title in the tech space is DevOps Evangelist, which is usually a community-building role for a SaaS, PaaS, or other similar company.

Often, DevOps positions will require knowledge of one specific language or system, like DevOps Linux Systems Engineer, DevOps Automation Engineer for Python, or DevOps Engineer for Windows (among many other variations).

So, Should You Pursue a DevOps Role?

Whether it’s in your title or it’s just the school of thought that you subscribe to, DevOps is a great way to help improve how teams work together within an organization and a way to improve efficiency within product development. In fact, many companies, especially startups and lean organizations, have already been implementing DevOps strategies, even if they don’t describe it with the DevOps term.

Will holding a DevOps title hurt you? In the end, this comes down to your potential employer. There are hundreds of DevOps positions available so it is not an uncommon title to see and regardless of title, the skills learned and required within a DevOps role are transferrable to other positions.

The question is ultimately yours to answer: are you team DevOps or not?