What should and should not be in employees’ personnel files?

And where else does certain employee information get saved? 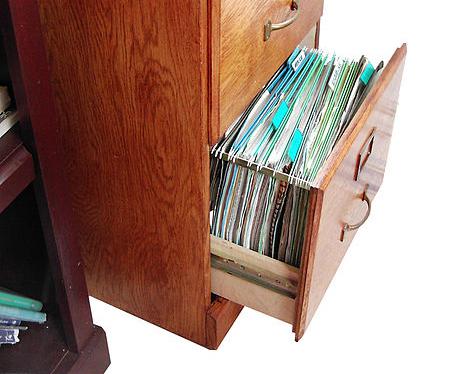 Employers are not actually required to create and maintain a personnel file for each employee. However, documents regarding your employees have to be stored somewhere. The variety of documents created may raise questions about whether a specific document should be placed in an employee’s personnel file.

You are probably aware that medical information must be stored separately in a confidential file, and your personnel files probably include documents such as job applications, performance evaluations, and disciplinary records. Related records that you may be uncertain about might include notes taken during the job interview or documentation of an investigation to support a disciplinary action.

During job interviews, you (or the hiring manager) will probably take notes about the candidate. These notes might be taken during the interview, or might be written up immediately after the interview to expand upon any thoughts jotted down. These notes do not need to be in the employee’s personnel file, and should be stored separately.

Notes taken during an interview may include both positive and negative statements, and you may prefer that the employee not have access to those statements if the employee requests a copy of his or her personnel file. Since these notes relate to your hiring decision, they must be kept for at least one year, according to regulations by the Equal Employment Opportunity Commission. However, they don’t have to be kept in a personnel file.

If you intend to keep these notes separate, use caution when taking notes during the interviews. For example, avoid writing notes directly on the applicant’s resume since that document will become part of the personnel file. Even if a statement seems innocuous, a few words taken out of context could be misunderstood by the employee, particularly if the employee requested a copy of his or her file while contemplating litigation against your company.

Certain records of disciplinary action, such as warnings given to employees, should be included in personnel files. However, related or supporting documentation may be stored separately. As a general rule, if the document was shared with the employee, it should be in the personnel file. If not, it should be stored separately. An example of a document to exclude would be an accusation or witness statement taken as part of a misconduct investigation.

For example, Carol accuses Walter of sexual harassment and provides a written statement claiming that Walter has repeatedly told tasteless jokes. You take statements from witnesses and eventually give Walter a written warning. A copy of that warning should be placed in Walter’s personnel file, but you should not include a copy of Carol’s accusation, nor should you include copies of witness statements in Walter’s file.

Depending on who has access to the files, you might not even want a copy of Carol’s accusation in her personnel file. If Carol later applies for a promotion and the hiring manager sees that she filed the complaint, the manger might improperly consider that document in the hiring decision. Even if no such impropriety occurs but Carol is not selected for promotion, the hiring manager may have to prove that he or she did not consider Carol’s protected activity in the promotion decision. Keeping such records separate and confidential can avoid such problems.

What should employees see?

Employees may request access to (or even copies of) their personnel files. In fact, quite a few states have adopted laws which require employers to honor such requests. Even if your state does not have such a law, an employee who is facing disciplinary action or considering a legal claim is likely to request access to his or her personnel file. You may want to keep this in mind when deciding whether or not to place a particular document in an employee’s personnel file.

Could you use more help developing your managerial skills? Join Monster for free today. As a member, you'll get leadership insights, career advice, and job search tips sent directly to your inbox. Let us take some of the weight off your shoulders.

Legal Disclaimer: None of the information provided herein constitutes legal advice on behalf of Monster.