How to get feedback on your interview performance

You didn’t get the job—and you’re dying to know why. Here’s how to request feedback, no matter where you are in your career. 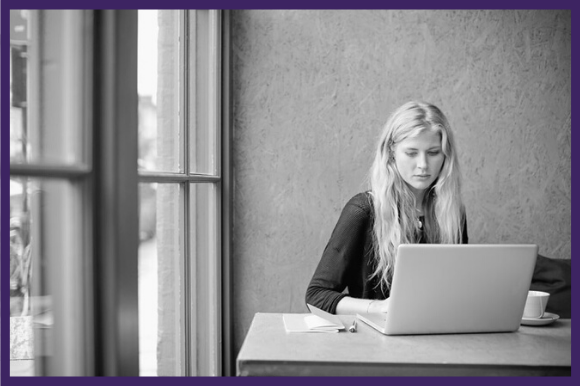 The right feedback can will help you move forward in your job search.

Three weeks after you interview for your dream job, an email pops into your inbox: “We regret to inform you that you haven’t been selected for this position.” You try to handle the news gracefully, but you need to know: Why exactly didn’t you get the job?

You can—and should—ask for interview feedback, says Denise Dudley, a San Luis Obispo, California-based professional trainer, speaker, and author of Work It! Get In, Get Noticed, Get Promoted. “You really have nothing to lose as long as you do it cordially,” she says.

In fact, you have a lot to gain. Hearing what went wrong can pinpoint the areas you need to work on—whether it’s your body language or your ability to think on the spot.

When, how, and whom to ask for feedback

Your best bet is to approach someone you spoke with early in the interview process, such as a recruiter or HR person, rather than the hiring manager. “The hiring manager is the busiest person, so to get their time will be very difficult, and [giving feedback is] not their job,” says Jeevan Balani, founder of San Francisco–based Rocket Interview.

A recruiter on the other hand may be more willing to give feedback since they’re charged with providing a positive recruiting experience for candidates, Balani says.

Start by sending that person an email soon after the decision has been made. Dudley suggests saying you’re appreciative that you had the chance to interview and you’re sorry you didn’t get the job. Then, ask if they could spare 10 minutes for a phone call in the coming days to discuss areas where you could improve.

The push to move from email to the phone is important since the recruiter will be more candid on the phone, Balani says.

Then, tailor your approach depending on where you are in your career.

When you’re vying for an entry-level job, you’re likely pitted against a big pool of candidates. Whether or not the recruiter will be willing to offer you advice really comes down to your likeability, Dudley says. If you made a good impression, they’ll be more likely to help as you try to get your career off the ground.

You don’t want to ask point-blank why you didn’t get the job. Instead, “you really want to approach it as, ‘I am looking for your guidance, your counsel, your advice,’” Balani says. This works because it makes the recruiter feel valued.

Ann Tomlin, head of human resources for Pharmacyclics, in Silicon Valley, California, suggests asking open-ended questions, like: What could I do to be the top candidate for this type of job? If I would apply for a similar role elsewhere, what would you recommend I focus on developing? Then, sit back and listen.

In response, you should show nothing but appreciation. “You want them to know you’re not arguing with them and you’re not becoming defensive,” Dudley says.

At this stage of your career, with several interviews under your belt, you probably have a good idea of whether or not the interview went well by the time you walk out the office door. But if the rejection takes you by surprise, you’re going to want specific feedback.

To get there, Tomlin suggests asking for the good to buffer the bad. “Asking for positive feedback may make the more critical feedback easier to deliver,” she says.

Balani recommends asking the same question in slightly different ways, such as: What feedback do you have for me? Are there any interview strategies you’d recommend? Any tips or techniques I should try?

Approaching it through a few different lenses can keep the conversation going, Balani says. And that can increase the likelihood that you end up with useful nuggets.

If they’re hesitant to talk, Balani suggests taking a back-channel approach: Ask any references the hiring manager spoke to what they were asked. “The questions that are asked about you will give a sense of where they might have been concerned,” Balani says.

For instance, hearing they asked why you held several jobs in a five-year period should clue you in that they were apprehensive about your job-hopping history.

What to do if you’re met with silence

Balani suggests following up a week or two later if your initial request goes unanswered. Followed up three times and no reply? Take the hint that they don’t want to talk (and get on with your job search on Monster). Some companies have a policy against giving feedback for liability reasons, in case it turns into a PR issue or an EEOC discrimination claim, Balani says.

No matter if your request for feedback is met with a yes or a no, be gracious. “As important as it is to get that feedback, it’s doubly important to leave that conversation in a productive place,” Balani says.

Show you’re professional and authentic, and—who knows—maybe they’ll bring you in to interview again down the line.

Career experts agree that the best thing to do after being rejected for a job is to get back out there! To make your job search even easier, join Monster today. As a member, you can upload up to five versions of your resume—each tailored to the types of jobs that interest you. Recruiters search Monster every day looking to fill top jobs with qualified candidates, just like you. Additionally, you can get job alerts sent straight to your inbox to cut down on the time you’d spend reading job ads.