Why fun at work matters

Levity from 9 to 5 not only benefits workers, but it’s great for the bottom line. Learn why in this excerpt from The Levity Effect. 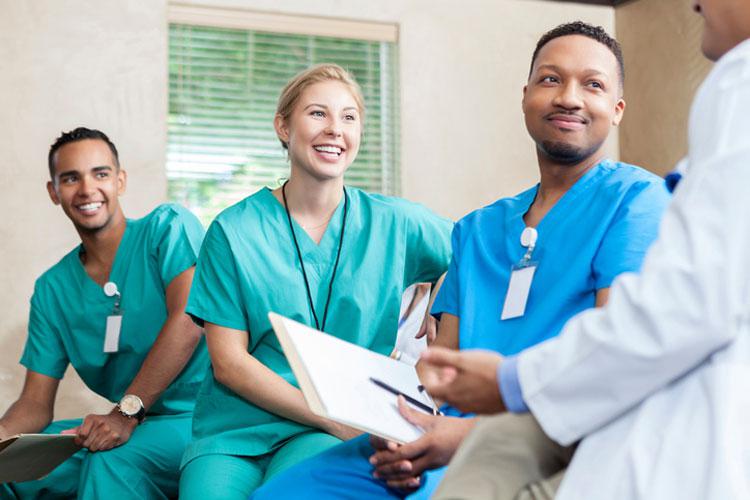 If people are having fun, they’re going to work harder, stay longer, maintain their composure in a crisis and take better care of the organization. Here’s one example.

An excited Kirt Womack of the Thiokol factory in Utah sprinted into his manager’s office on the first day of spring and asked if the folks on the factory floor could do something fun -- say, head outside and fly paper airplanes -- if they met their quota two hours early. The manager wrinkled his brow and vetoed the idea. Kirt persisted, “Well, then, what if we exceed our quota by 50 percent?” Figuring he had nothing to lose, the manager finally gave in.

Later that day, at 1:30, the manager checked on things and found that his employees had reached 110 percent of their quota. By 3 p.m., they’d surpassed 150 percent. The airplanes were launched, laughter rang out and people frolicked (funny word, frolicked).

This tale is no big deal, right? Sure, except for the fact that a 50 percent increase isn’t exactly insignificant. While this tale illustrates the benefits of levity at work, it also underscores the dire need to enlighten management. You should know what the supervisor’s initial reaction was to his workers’ hitting the 150 percent production goal by 3 p.m. Rather than connecting the dots and seeing the link between the promise of fun and working harder, he instead commented, “Imagine what you guys could have accomplished if you hadn’t taken two hours off to screw around!”

The manager’s initial ignorance did little to dissuade the workers. The kind of joyous, playful, break-the-tension fun they engaged in is taking place all around the world in organizations that care about performance, retention and profitability. Motivated purely by the opportunity to have a little fun at work, the aviation workers increased their performance dramatically. The next week they negotiated for a volleyball game on the factory floor as a reward and again hit record production levels. Each week, they continued to request fun rewards and turned in astounding production numbers. By the third week, when they had earned a trip offsite for ice cream cones, the manager finally got it.

That, in a waffle cone, is the power of the Levity Effect at work.

An increasing body of research demonstrates that when leaders lighten up and create a fun workplace, there is a significant increase in the level of employee trust, creativity and communication -- leading to lower turnover, higher morale and a stronger bottom line.

The research also shows that managers who have taught themselves to be funnier are more effective communicators and better salespeople, have more engaged employees, earn a lot more than their peers and are much thinner. OK, maybe not the last one.

It’s hard to believe that a warm and fuzzy subject such as fun could impact an organization’s success. But the remarkable case for levity at work is growing, with the most convincing numbers culled from more than a decade of research by the Great Place to Work Institute. Data from the organization’s 1 million-person research database reveals that “Great” companies consistently earn significantly higher marks for “fun.”

Each year, the Great Place to Work Institute asks tens of thousands of employees to rate their experience of workplace factors, including, “This is a fun place to work.” On Fortune’s “100 Best Companies to Work For” list, produced by the Great Place to Work Institute, employees in companies that are denoted as “great” responded overwhelmingly -- an average of 81 percent -- that they are working in a “fun” environment. That’s a compelling statistic: Employees at the best companies are also having the best time. At the “good” companies -- those that apply for inclusion but do not make the top 100 -- only 62 employees out of 100 say they are having fun. That gap in experience is, surprisingly, one of the largest in the survey.

The Case for Levity

Now, a skeptic will ask, “Are successful companies just more fun to be in, since they are winning and profitable, or does fun create success?” It’s the old, “which came first, the chicken or the egg” question. As we met with Amy Lyman, chair of the board and cofounder of the Institute, she explained that fun and success go hand in hand. And, all companies should be wondering how to have more fun. “It’s absolutely a question companies should be asking themselves, because it is something that happens in great workplaces,” she said. “In fact, it would be very unusual for a company to be among the ‘100 Best’ and not score well on the fun question.”

Wow. In case you didn’t catch that, let us repeat it. It would be rare to be one of Fortune’s "100 Best Companies to Work For" and not score well on the fun question.

Correlations to fun on the 57-question survey are all “very high, very positive,” Lyman added. In fact, employees who strongly agree with that statement are extremely likely -- a rock-solid 0.61 correlation -- to also reply positively to the statement, “Taking everything into account, I would say this is a great place to work.”

Lyman explained to us that as a company moves on its journey from being lousy to good to great, they must first address basic issues such as physical safety and even friendliness. But to compare, the leverage increase from the good companies up to the best on the friendliness question is just 11.25 percent. On the fun question, the gap is 29 percent.

"In other words, when companies make the leap from good to great, they must start addressing sophisticated trust issues. One corollary to developing strong bonds of trust is that people are able to also have a great deal of fun at work," Lyman says. "If you are interested in increasing the opportunities for fun across an organization, and people genuinely engage and have fun, then that is an indication to me of a strong workplace culture that people will want to commit to. You would see a correlation between fun and reduced turnover, better recruiting, greater camaraderie…all those positive things you see happen in great workplaces. You can also see the exact same thing happen within a work group."

Excerpted from The Levity Effect: Why It Pays to Lighten Up

Additional Articles in This Feature