6 Good Reasons to Quit Your Job 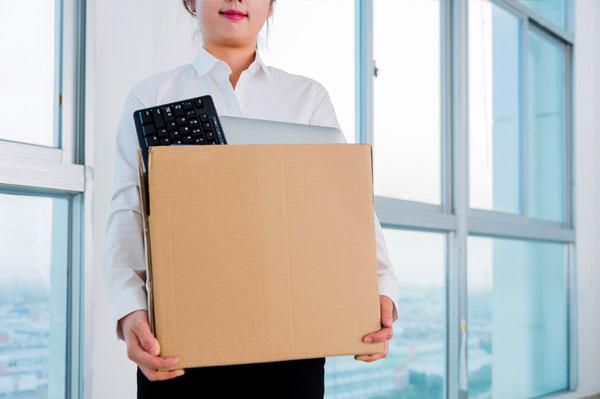 After working hard to earn a Ph.D. in clinical psychology and get a license to practice independently, Anita Marchesani says she was living a dream life. “Great position on the clinical faculty at a major teaching hospital, working in a niche patient population with a very unique, highly in-demand skill set — and I woke up one morning realizing I couldn’t do it anymore.”
Marchesani says she had ignored little things along the way, such as properly managing her own stress level working with a challenging patient population and not having the proper balance in her life. “Once someone is burned out, there is no turning back. A vacation or even a sabbatical will not fix the problem. I had to quit.”
Now she works as a career coach with professionals to prevent them from making the same mistakes. “Burnout takes good people out of the environment where they can make a big impact,” she says. “It’s something that must be prevented, because when a person reaches this stage, they must quit what they are doing.”
Here are five other reasons to quit your job.

You’re not getting paid what you’re worth

If you find out that you’re being paid less than market rate — and your employer isn’t willing to budge — it may be time to think about quitting. “It is surprising how many people have never researched the pay rate for their job,” says Katie Donovan of Equal Pay Negotiations. She says she often sees people getting 20 percent less than the median pay for the positions they’re in.
While money is not the only reason to work at a job, especially if it’s one you love, Donovan points out that work is the only way most people make money. “I recommend not quitting until you have a new job that does pay you what the market is for the job — at least the median salary based on research.”
Staying in your job for a long time can compound the problem. According to a recent Forbes article, staying at the same company for an average of more than two years can make you earn less over your lifetime — by at least 50 percent. People who leave for other jobs can work their way up the salary ladder, but those who stay are stuck with small raises.

Your supervisor doesn’t support you

If you're dealing with challenges, do you feel comfortable talking with your supervisor about them? Do you get the support you need? If not, quitting may seem like an option, says Dale Austin, director of the Career Development Center at Hope College.
And if your current boss is promoted or leaves, look carefully at the relationship you have with your new boss. “If you're constantly experiencing problems with your new manager with no resolutions, it might be a signal to look elsewhere, especially if that person is making your job miserable,” Austin says.

While it’s always important to grow and develop in your career, sometimes business needs force employees into roles they didn’t sign up for — and aren’t interested in taking on. “If you were brought on board to do one task, and your position has shifted into a role that's not interesting or in line with your career goals, then it's reasonable to start looking elsewhere,” Austin says.

There’s no room to grow

Even if you really love your company, staying could be a mistake if there is little chance of advancement or opportunity to grow your skills, says Chaz Pitts-Kyser, author of Careeranista: The Woman’s Guide to Success After College. “After you’ve learned all you can in your position, it is best to move on to a place that offers a clear path to work your way up,” she says.

Whether it’s unfair treatment or you’re asked to do something illegal or unethical, sticking around at a shady workplace isn’t a good idea. Pitts-Kyser says discrimination or other issues management refuses to resolve are a sign it’s time to file a grievance or blow the whistle — and find a company that respects you.