Yikes. Your new boss is half your age. Now what?

With the demographics of the workforce shifting, you may well find yourself in this situation soon. Here’s how to keep your ego in check. 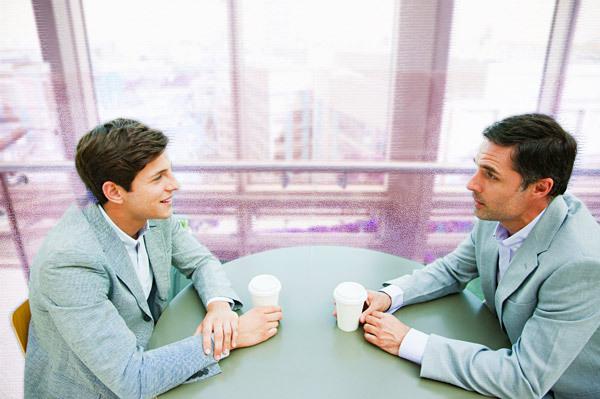 Maybe you just landed a brand spankin’ new job. Or you got promoted. Or your former boss recently retired or resigned. Whatever the scenario, you have a new boss who’s …gasp…younger than you are.

If this is not your reality now, it may be at some point. According to the Pew Center Research, millennials represent the largest generation in today’s labor force. So those over 34 should probably get used to the idea that they’ll one day be working for a younger boss.

Likely you’ll experience a bit of resentment (“Why didn’t they make me the boss?!”), but you need to shake that feeling stat.

This person is your supervisor. This person signs your paychecks and authorizes your raises. Plus just as you wouldn’t want someone to stereotype you because of your age, the same holds true for this new boss, whether the age difference is a few years or a few decades.

The following tips below will help you toss age out the window when it comes to work.

Fight your tendency toward reverse ageism

It’s not simply about coming to terms with the idea that you’ll be reporting to someone younger than you—you’ll want to go one step further and embrace the concept. That means dismissing the notion that your new manager is unable to properly do his or her job due to his or her lack of years.

Try to remember that your new boss was likely put in this position for a reason. And try to see his or her leadership style and skills as a refreshing change of pace. (Also, keep in mind your new boss is probably thinking, “Whoa, I am now managing people several years older than me!”)

Next, be aware of your words. Yes, it may be tempting to enlighten your younger boss with your time-won wisdom—“well, having done this for years now, I know this is the best way…”—but don’t assume the young turk who’s in charge hasn’t been around the block once or twice.

Also, avoid saying things like “back in my day.” You run the risk of sounding archaic in instances where the age difference probably isn’t that significant; Maybe your manager was a college freshman while you were enrolled in graduate school. And by pointing out your years, you may come across even older than you truly are—which could lead the boss toward secretly stereotyping you. Ironic, isn’t it?

Figure out how to communicate effectively

Avoid making any cultural references or analogies that will date you—such as a classic Seinfeld episode. (“That’s just like the Penske file!”)  Your boss may have been in high school or even elementary school at the time—so leave that fodder for folks who will appreciate it.

Build rapport the same way you would bolster a relationship with any new boss or colleague: Focus on generic, timeless topics like the family, weekend plans, and sports.

Also, be open to adjusting to his or her preferred communication style., Your new younger boss may be more receptive to communicating via instant message or email and possibly video chat rather than over the phone. Face-to-face meetings may be less prevalent than what you’re accustomed to.

Even if the number of years separating you and your new supervisor isn’t in the double digits, take the same approach: Be flexible and adjust to your manager’s preferred communication method and managerial style.

Overall, having a younger boss could actually be beneficial to you. If your last (older) boss was too settled in the traditional ways of doing things, adapting to your new supervisor’s ways may feel like a much needed, long-awaited change.

Additionally, remember that you may have more experience in certain areas than your boss does. If you pull the right levers with your new manager and prove your value without threatening the person’s authority, it could mean a raise or promotion.

So toss years out the window and start seeing your new boss for who he or she is—and most importantly, treat your manager the same way you would want to be treated.

Monster’s career expert Vicki Salemi has more than 15 years of experience in corporate recruiting and HR and is author of Big Career in the Big City. Follow her on Twitter at @vickisalemi