How a sense of humor can help your job search

Lightening up a little and seeing the funny side of things is great for business, says author Andrew Tarvin. It can even help you get hired. 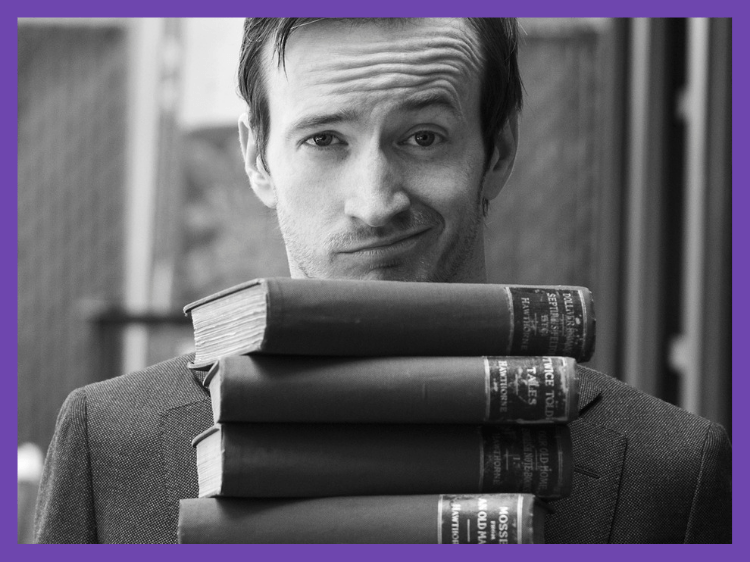 What does the leader of a comic improv troupe have in common with a tech project manager at Procter & Gamble?

Not much, you might think—except that Andrew Tarvin, author of Humor That Works: The Missing Skill for Success and Happiness at Work, has been both. Not only that, but he says the two are closely linked: “What I learned doing improv made me a much better manager at P&G.”

Tarvin, who bills himself as the world’s first humor engineer, started a consulting firm called Humor That Works, which has coached more than 35,000 employees at Microsoft, the FBI, and elsewhere on making work more enjoyable. In our stressed-out world, this seems to be an idea whose time has come: Tarvin’s TEDx talk has been viewed more than 4 million times.

So, is he suggesting we should all walk around the office starting conversations with “A horse walks into a bar…”?  No. Drawing on extensive research, Tarvin defines humor much more broadly. “‘An orchestra leader was recently struck by lightning, proving that he is, after all, a good conductor’ is humorous,” he writes. “But so is a smile.”

By his lights, almost anything that raises morale and makes people happy to come to work in the morning qualifies as humor, whether it’s funny-ha-ha or just fun. “Humor connects people,” he says. “It builds trust, defuses tension, and brings people closer together.”

That’s good for business in several ways, including giving employees’ job satisfaction a boost, reducing turnover, helping teams get along better, and increasing productivity. In one survey of 1,000 executives that Tarvin cites, 84% said that workers with a sense of humor are better at their jobs. A separate poll of more than 700 CEOs found that 98% of them preferred job candidates who showed a sense of humor.

Monster recently spoke with Tarvin about the role humor can play in your career and in your job hunt.

Q. You write that you see humor as a must-have for success today. Why?

A. If you look at all the research on how employees are doing, it’s pretty grim. More than 85% are overstressed, and 78% told Gallup pollsters they’re disengaged from their jobs. What’s missing is, we get trained on how to do a job, but not how to enjoy doing it—which is what makes us do it better.

Lightening up and sharing some silliness at work is a great antidote to stress. It can also get people’s attention and persuade them of your ideas, which is why marketers and advertisers use it—humor is remembered longer. It’s also great for conflict resolution, because taking a lighter approach can defuse tension and help people see a different perspective.

Q. Given all that, why do so many people seem to hesitate to use humor at work?

A. Part of it is a fear of inappropriateness, that is, of inadvertently hurting someone’s feelings or stepping on their toes. That’s certainly a real possibility, which is why I put so much in the book about how to avoid it. But beyond that, my firm ran a survey asking people why [they don't use humor] and most people said they didn’t think their boss or co-workers would approve—which, in most cases, isn’t true, but people are afraid to try a little humor and see what reaction they get.

Another reason is that lots of people say they are just not funny. But you don’t have to be. Even if you’re not the creator of it, you can share it and appreciate it. Also, you don’t have to be born funny. Humor is one of those things where, the more you practice using it, the funnier you can actually get. It’s a skill that can be learned.

Q. Your book talks about 10 strategies for using humor at work, and four different styles. What kind of humor is likely to help a career most?

A. The best type is what’s called affiliative humor. It helps build relationships with co-workers, and it’s positive, meaning there’s no target getting the brunt of the punchline. It’s welcoming of others and makes the workplace friendlier. Think Ellen DeGeneres, for example.

Affiliative humor includes things like team-building activities, which may not be laugh-out-loud funny but, afterward, the group is stronger. This could be anything from starting a “lunch bunch” for getting to know your peers better, to taking an improv workshop with your colleagues (now, that could be funny), to doing a community-service project with your whole team.

Q. How exactly does humor help in a job hunt? Should you try to be funny in an interview? Seems like that could backfire.

A. It does depend somewhat on the existing culture at the company where you’re applying, which you can and should look into beforehand, but look at it this way: Let’s say you’re trying to fill a job and you’re considering two candidates, both with roughly the same credentials, experience, and so on. One of them has an upbeat attitude and is someone who sees the humor in things, who you can laugh with, and who would probably be a pleasure to work with every day. The other is about as much fun as a brick wall. Which person will you remember best? Which one would you rather hire?

Q. What if the company’s culture seems very buttoned-up and humorless?

A. Well, it’s been a while now since I looked for a new job, but I’ve always put “sense of humor” on my resume, under Special Skills. People have said to me, “What if that causes a potential employer to screen you out?” To which my answer always was, “Great!  I’d rather find that out now than after they hire me, because I definitely don’t want to work there.” Never forget, when you’re going after a job, the people you meet at the company are not just interviewing you. You’re interviewing them, too.

We all aspire to have a good time at work and actually enjoy our job. However, it's not funny when that workplace or your boss is toxic. That's when the punch line becomes, "I quit." Need help finding a better fit? Join Monster for free. As a member, you'll get weekly email alerts with jobs in your area and expert career advice. You can also upload up to five versions of your resume—each tailored to positions you're interested in—making it much easier for recruiters to find you. That's sure to bring a smile to your face.